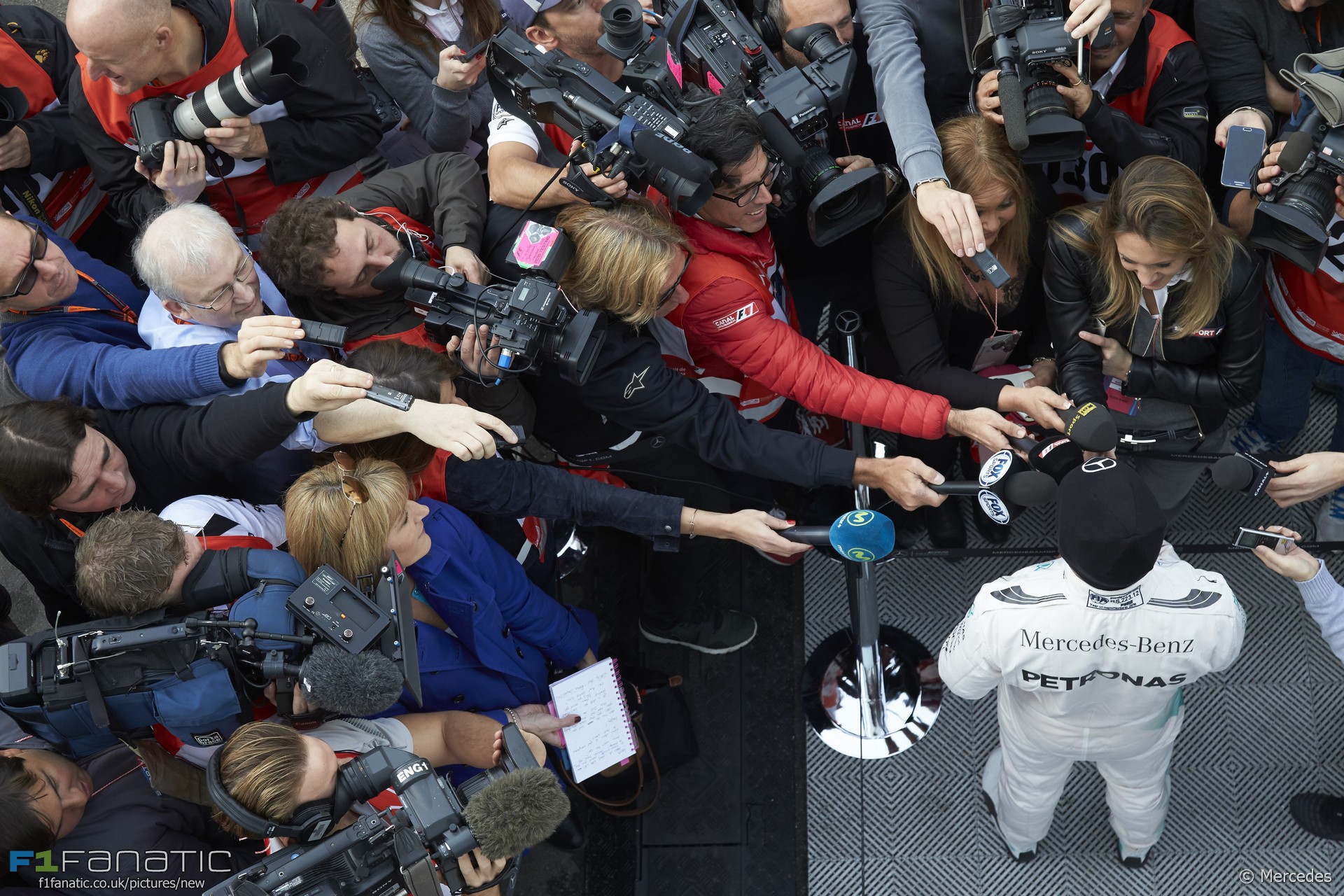 In the round-up: Lewis Hamilton has criticised planned rules changes for 2017 which will see F1 car weights rise from 702 kilogrames to 722kg.

"I think that's just ridiculous personally. They were great at 600kg, nice and nimble and it was easier for the tyres and we had less tyre blow-outs."

"Some of these drivers have been in the cars for 10-15 years and been through all these different rule changes and know which ones work and which ones don’t."

"The only thing I understand is that they want to create some chaos around, and this will happen for sure."

"My idea was to leave qualifying just as it is, don’t touch it. And then penalise people if you want from pole position downwards depending on their result in the previous race."

"I don’t think it’s going to improve qualifying itself, in fact I think there’s a danger qualifying might not be as exciting, it may not build up to that final crescendo. But what it has a good chance of doing is improving the race."

Qualifying change could have been much worse (MotorSport magazine)

"The new qualifying format is a case in point. This was the team bosses' way of preventing Bernie from reversing the grids with his crazy points ballast idea - a compromise to appease him."

Carlos Sainz Jnr: "I just hope that the fans that are not big fans of Formula 1 and just turn on their TV on Sunday understand it and they know what's happening."

Magnussen was 'quite nervous' before Renault debut (F1i)

"It is easy to drive and predictable but obviously you always need more downforce and power so hopefully it will stay like that when that goes in the car."

"Force India driver Nico Hulkenberg said the car 'sounds similar' to what it did last year. Sauber driver Felipe Nasr noticed only 'a little' increase in the engine sound."

Not quite turned up to 11, but Formula One cars are louder (The Sydney Morning Herald)

"It's clear the turbo engines still do not match the heights of the backfiring beasts that graced past Australian grands prix in Adelaide and Melbourne."

"McLaren’s shareholders want to see better returns from the company. Mumtalakat, the Bahraini state holding company, owns 50 per cent of the carmaking arm, having first taken a stake in 2007."

Senna's qualifying laps were artistry. Drivers and cars, not rules, made #F1 great. Make the formula as simple as possible and stick to it.

Or keep changing the rules every five minutes, sacrificing sport for gimmickry, and wondering where #F1's audience has gone.

So I'm a bit confused…. What exactly was wrong with the old F1 qualifying? I thought they wanted to improve the races….

Hey @Haas somebody found a piece of your front wing today! pic.twitter.com/3u7rqPAkkZ

Articulate and sensible comments from Lewis Hamilton this evening regarding rule changes in F1. Astonishing that drivers were not consulted.

Does F1 really need to change the rules to make cars faster?

I don’t understand the obsession with shaving a few seconds off of the lap times. It will hardly be noticeable to anyone watching the race. Look at Moto GP, which often has more thrilling overtaking and on track battles every two or three races than F1 has in a season: no one there is screaming for an extra few seconds a lap.

What F1 needs is more power than grip (i.e more mechanical grip and less aero/downforce grip. That’s what made the older 1000+ hp cars so much of a challenge for the drivers and more fun for the fans.
Kenny Schachat

66 comments on “F1 cars are too heavy already, says Hamilton”