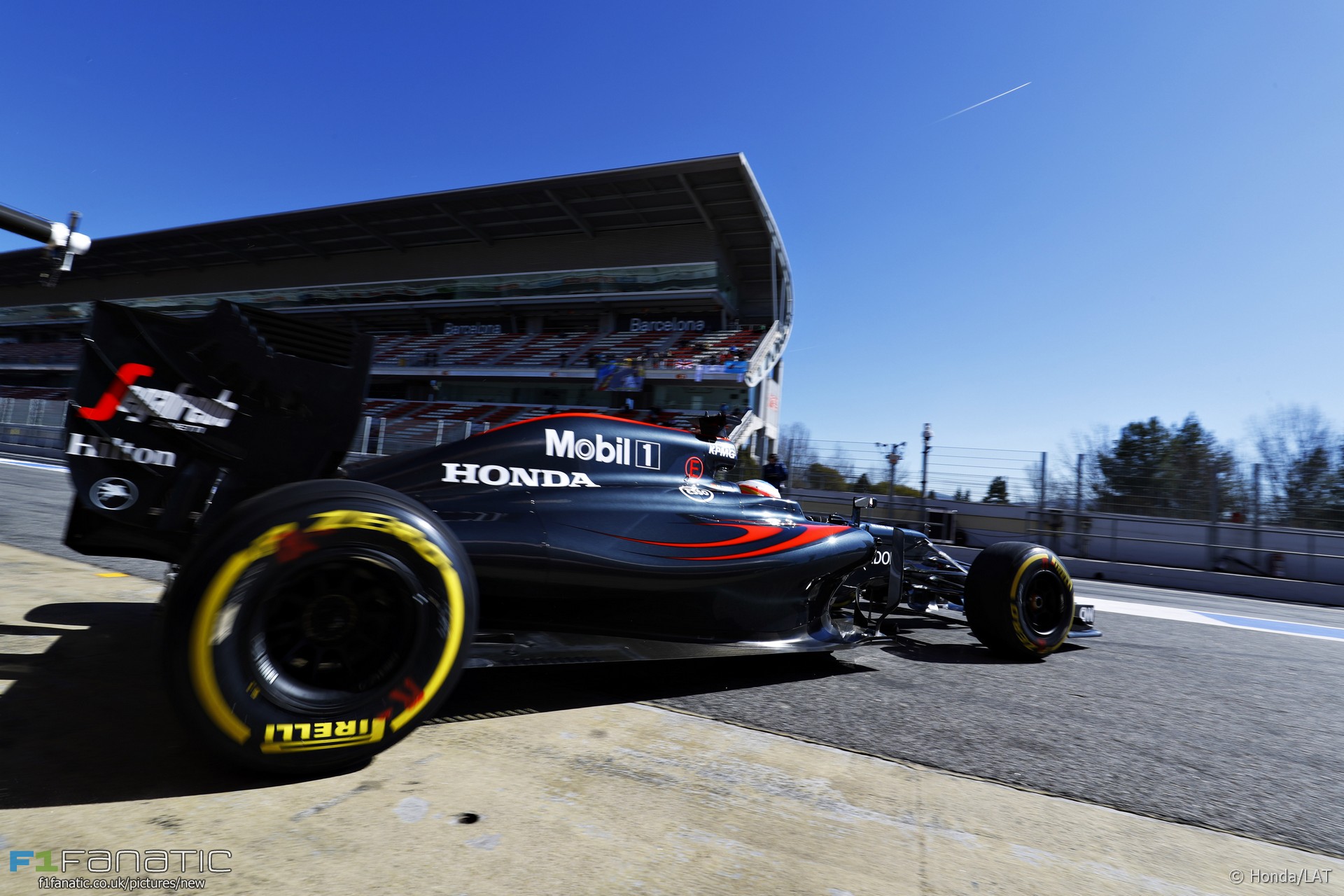 It’s a cliche to describe an upcoming year as a ‘big season’ for a particular team. But in the case of McLaren and their tie-up with Honda it may well be true.

The successes McLaren and Honda achieved together in the past cast a long and dark shadow over their disappointing 2015 reunion. The efforts of two world champion drivers were blighted by the Sakura-built power unit’s poor energy deployment and woeful reliability.

The effect that had on their drivers’ morale was all too obvious. A series of withering radio messages during races from Fernando Alonso hinted at his waning commitment and even prompted claims he might sit out this year if the car wasn’t good enough.

The team’s slump to the tail of the field has been accompanied by an alarming reduction in its sponsor portfolio. But encouragingly, after fielding an increasingly blank car in recent seasons, a few new sponsors have appeared on the flanks of the MP4-31 too.

The news continued to improve at pre-season testing, though it could hardly have gone worse than it did 12 months ago. Honda appears to have successfully addressed the two greatest shortcomings of its engine. The MP4-31 had covered more ground by lunchtime on day six of testing this year than its predecessor managed over all 12 days last year.

And yet the team still covered less ground with their 2016 challenger than Sauber, whose new car appeared at the second text, newcomers Haas and perennial backmarkers Manor. The MP4-31 looks like a step forward when what the team needs is a leap.

While McLaren underwent a major shake-up of its top staff only recently, further changes are taking place as the new season begins. Honda engine head Yasuhisa Arai has already been replaced by Yusuke Hasegawa. McLaren has also recruited Volkswagen’s motor sport chief Jost Capito who will arrive later in the year to work as the team’s racing CEO.

Honda has been less willing to recruit from outside and this trait has been blamed for its slow progress with F1’s sophisticated engine regulations. It contrasts sharply with the approach of Renault, who was quick to re-hire Bob Bell following his spell at Mercedes.

McLaren has been unwavering in its commitment to Honda thus far, but it’s not as if there are a wealth of other options on the table. The recruitment of Capito might have been taken as an indication of a desire to court Volkswagen had the group not repeatedly dismissed the possibility it might enter F1.

That leaves McLaren-Honda doing it the hard way. Progress has been made, but it remains to be seen whether it will be enough. At least the relaxation of F1’s engine development rules means they won’t have to wait until the end of this season to make further gains. Alonso’s return to McLaren last year could have gone as badly as his 2007 stint at the team did. But the partnership has held despite Alonso voicing his frustrations with the car’s poor performance and suffering pre-season crash the cause of which he and the team did not agree on.

In a recent radio interview Alonso admitted he tried to land a place at Mercedes in 2014 as he sought a way out of Ferrari. Now a decade since his last championship win, Alonso’s need for a competitive car is as urgent as ever. Don’t be surprised to hear rumours linking him to Renault if McLaren find themselves behind his former team.

Button has had his patience tested by Honda for longer than Alonso, having endured two dreadful years with them in 2007 and 2008. It says a lot about the belief he has in their ability to solve their problems that he has remained committed to them as he heads into his 17th season of competition.

He will inevitably face questions over how much longer he wishes to continue during the season ahead. But the driver who scored McLaren’s most recent victory to date will surely not want to hang his helmet up without getting another.