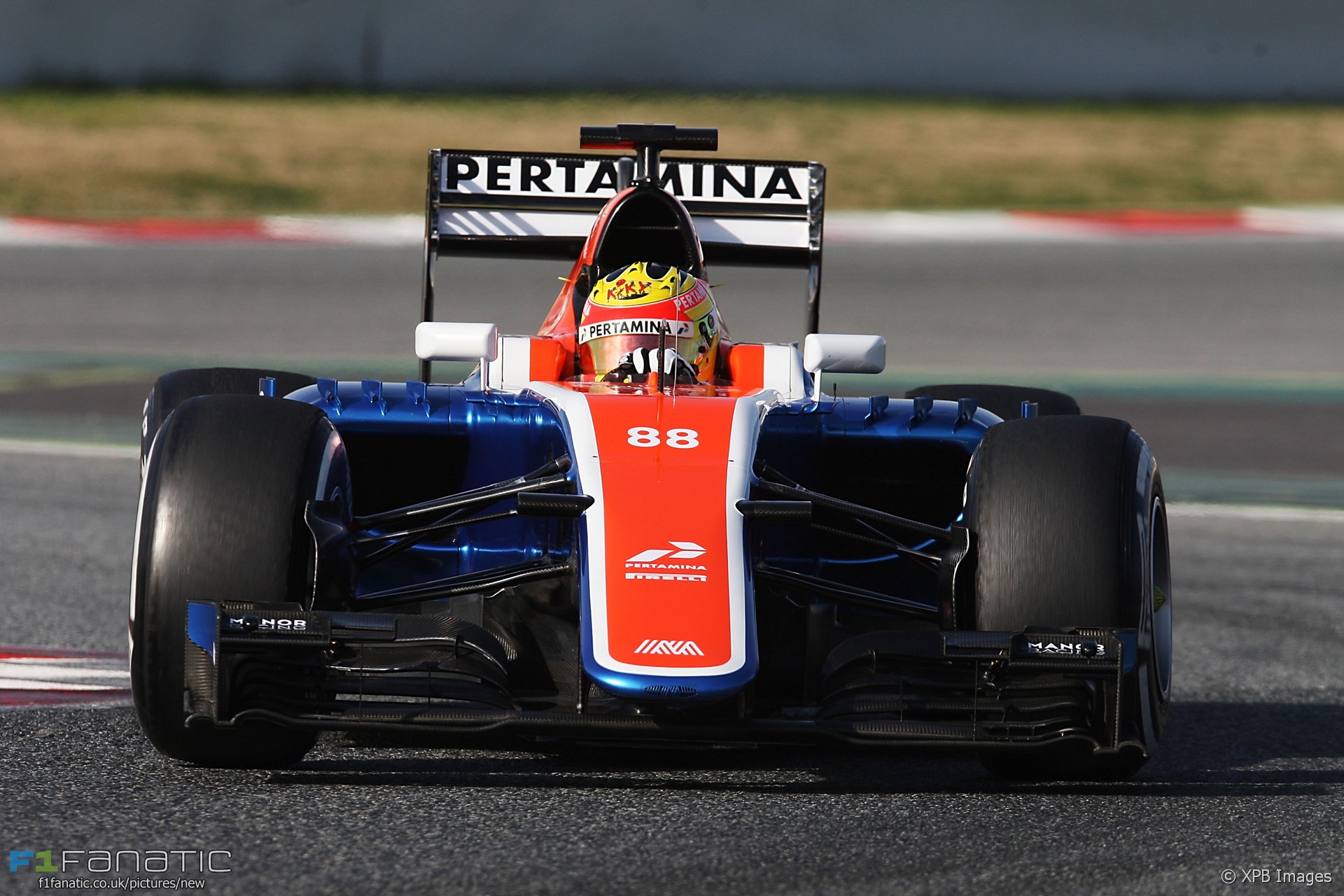 The team formerly known as Virgin and Marussia has undergone more than one overhaul in its short lifespan. But the latest is the most drastic yet as founder John Booth and right-hand-man Graeme Lowden have departed.

New owner Stephen Fitzpatrick has secured a coveted supply of latest-specification Mercedes power units. With the team sourcing gearboxes and other rear-end components from Williams, the MRT05 is built on a platform which should prove the most competitive this team has ever had.

The team has shored up its technical side by hiring major names previously seen at F1’s top teams. Long-time McLaren man Dave Ryan is joined by ex-Ferrari designers Pat Fry and Nikolas Tombazis, however their input into the recently-completed MRT05 will have been minimal.

Last year Manor were merely going through the motions with a reworked 2014 chassis and year-old Ferrari power unit which left them 5-7% off the pace of the front-runners. This year they are well-placed to make the biggest gains of any team in the pit lane. Points have to be a target.

Key to their ambitions will be how quickly their all-new driver line-up – this team’s third rookie partnership in four years – settle in to F1 life. Few drivers in recent history have navigated a path from the DTM to F1: Paul di Resta was the last to try it but he is now back in the German touring car series following his three-year stint at Force India. Like Di Resta, Wehrlein was diverted into the DTM after racing in F3, but winning the championship with Mercedes paved the way for his F1 promotion.

Despite his inexperience, Wehrlein has distinguished himself with his maturity as well as his obvious speed. Last year’s topsy-turvy DTM championship was a tough title to win and Wehrlein took it by winning races when he could and delivering points when he couldn’t. That consistency, plus his deep knowledge of Mercedes’ F1 hardware from his time as a test driver, could serve Manor very well this year. Haryanto will become the first Indonesian driver to race in F1 later this month thanks to the backing of state oil company Pertamina, who has not only funded his place at Manor but also kept him in GP2 cars for the past four seasons. Inevitably he has been labelled the ‘money’ driver to Wehrlein’s ‘talent’, but this isn’t entirely fair.

After winning Asia’s Formula BMW championship in 2009 Haryanto won races in both his GP3 campaigns. But a move up to more powerful GP2 cars wasn’t accompanied by the same level of success – it took him four years to score his first of three wins, all of which came in reverse-grid races. He may be more competent than competitive, but he has a huge fan base behind him.