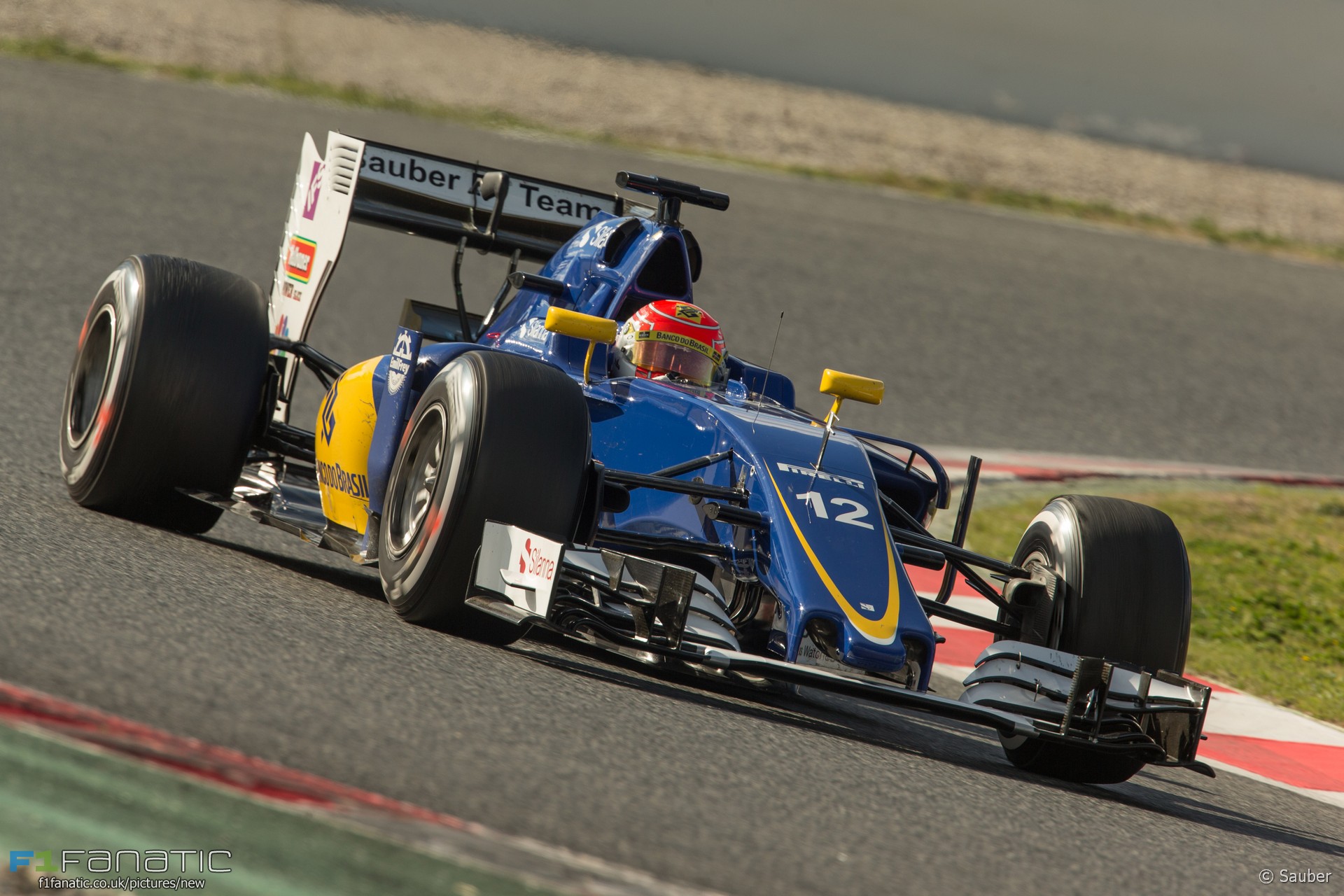 It’s easy to forget that just four years ago Sauber was the plucky upstart team which nearly scored a shock victory in the Malaysian Grand Prix.

Life has got tough for them since then. The team’s start to last season was overshadowed by an undignified episode involving Giedo van der Garde which threw light on the team’s financial situation. Ahead of the opening round in Australia their former reserve driver successfully brought a court action against the team for a contractual breach, pointing out he had paid money for a race seat and not received one.

Yesterday’s news that the team’s staff has not yet been paid in full for last month underlined the depth of their financial plight.

Sauber claims it has been politically and financially disadvantaged by Formula One Management. This has led it and another of F1’s few independent outfits, Force India, to raise a complaint before the European Union with Force India. This has the potential to be a serious problem for FOM, but in the six months since it was announced there has been no indication whether EU Competition Commissioner Margarethe Vestager intends to act on it.

Against this fraught political and financial backdrop the team is striving to return to competitiveness. Sauber took a wrong direction with its aerodynamic programme in 2013 and the following year struggled with Ferrari’s first-generation V6 turbo hybrid. So much so that it ended the year point-less for the first time in its history.

Their 2015 campaign may have marked the beginning of a turn-around. Out of the misery of Melbourne it emerged with its best points haul of the season which instantly assured them of an improved constructors’ championship position.

But although the team moved up two places in the standings the only teams they beat were Manor, running 2014-specification equipment, and the struggling McLaren-Hondas. Almost half their points tally was scored at the first race where many of their rivals hit trouble.

So Sauber’s 2016 season will be about how real their recovery is. The C35 wasn’t present for the first test, meaning the team will begin the year at a slight disadvantage.

The team has excellent resources at its Hinwil base but its ability to make use of them is restricted by its budget problem. New technical director Mark Smith, formerly of Caterham, understands the particular challenges of producing a car on a tight spending limit.

The days when Sauber could afford to take a risk on an exciting young driver with vastly more talent than funds are sadly a thing of the past. But they at least have the benefit of consistency in their driver line-up which is considerably more experienced now than it was 12 months ago. Though capable, Ericsson has not yet distinguished himself as a driver who belongs in Formula One on merit alone. Even the benefit of driving almost a full season with Caterham in 2014 wasn’t enough to give him an edge over rookie team mate Nasr last year. Nasr was conclusively the more convincing of Sauber’s two drivers in 2015. His mature, composed debut drive under pressure from Daniel Ricciardo stood out, and if the C35 is up to it we may get a better idea what he is capable of this year.