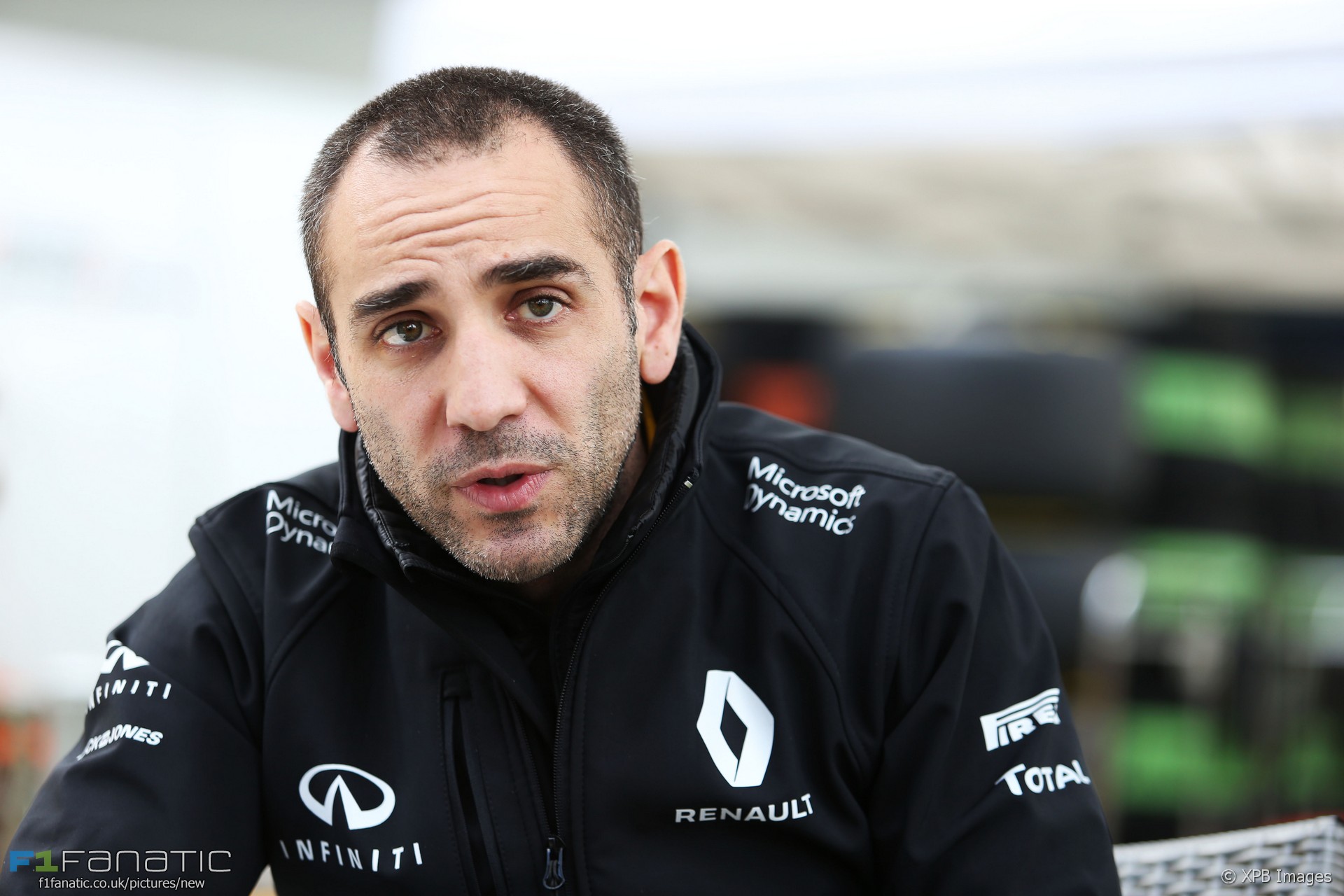 Renault team principal Cyril Abiteboul says his team has been able to make significant gains over the winter without cutting far into its allocation of engine development tokens.

Speaking during today’s team principals press conference Abiteboul said Renault, which has used fewer tokens than its rivals so far this year, stands to make further progress later in the year.

“I think that this is a demonstration that we have used little tokens but I hope in connection to the fact that we have made a substantial step in terms of performance will be actual evidence that there is no connection between token use and performance,” he said.

“You can use a lot of tokens and bring absolutely nothing in terms of lap time, which actually is maybe something we did last year,” Abiteboul added. “I think the whole debate of tokens should go away and we should focus on performance.”

However Abiteboul conceded the team would use more of its development allocation later in the season as it bids to narrow the gap to the leading Ferrari and Mercedes power units.

“There is a plan to use more tokens during the course of the season, that’s the plan and we have made lots of comments about that,” he said. “Hopefully it will happen, both for the benefit of the Renault works team and also Red Bull.”

Renault has not explored its car’s performance so far this weekend according to technical director Nick Chester.

“Given the weather conditions we concentrated on shaking down the chassis and procedural matters rather than performance,” he said. “The weather looks better for tomorrow so we’ll likely have a pretty full FP3.”

18 comments on “Renault made ‘substantial step’ without spending tokens”