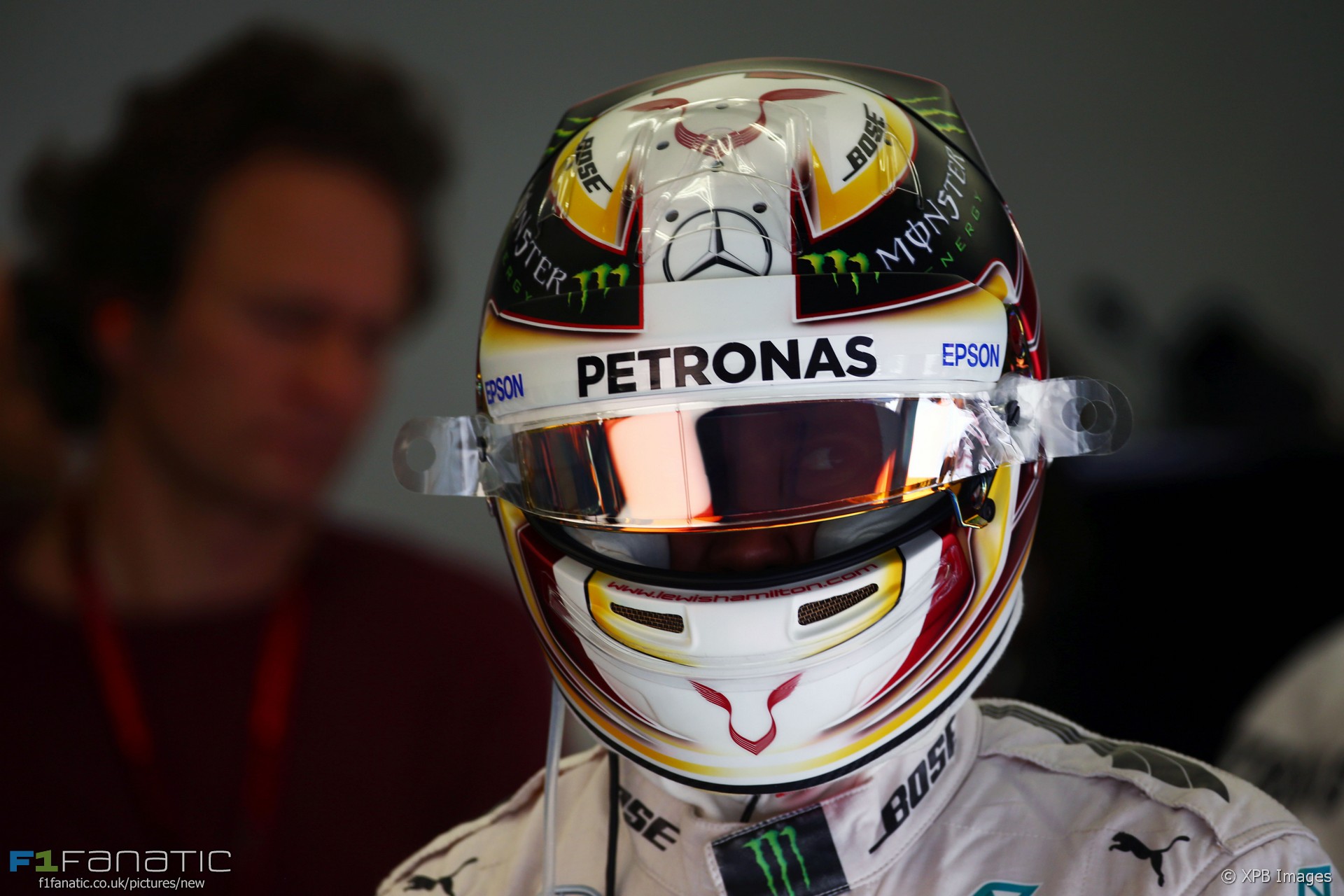 Lewis Hamilton said he had been struggling to pull together clean laps until his final effort in qualifying which claimed pole position.

“It’s obviously not been a smooth sailing weekend in terms of pace,” said Hamilton after taking pole position for the second time in Bahrain. “Nico [Rosberg’s] been right on it all weekend and I was just generally struggling to put laps together.”

“Luckily the one lap I did put together was the last lap. That was actually the only lap, probably, the whole weekend so far. I hope it’s the first of many.”

Hamilton had put himself under pressure by making a mistake with his first run in Q3.

“Throughout qualifying and practice you go around, you do a lap, it wasn’t quite perfect, Nico’s ahead by a tenth, whatever it may be,” he said. “So to actually put it all together…”

“It’s actually even more of a pressured lap as well because the previous lap I went off. So knowing that I’ve got to improve even more than I did on the lap before I’m super-happy.”

“The car felt great,” said Hamilton, “it’s quite incredible to think that we are quicker now to the V10 days and just shows how far technology has come.”

Hamilton started from pole position at the season-opening Australian Grand Prix as well but was quickly passed by both Ferrari drivers. He’s pessimistic the team have made significant gains with their starting procedure.

“It’s a longer run down to turn one than it was in the last race so of course that’s something we’ve been trying to improve on but it’s only been a couple of weeks,” he said. “Whether or not we’ve made big improvements I highly doubt it but hopefully it’s better than it was from our side at least.”