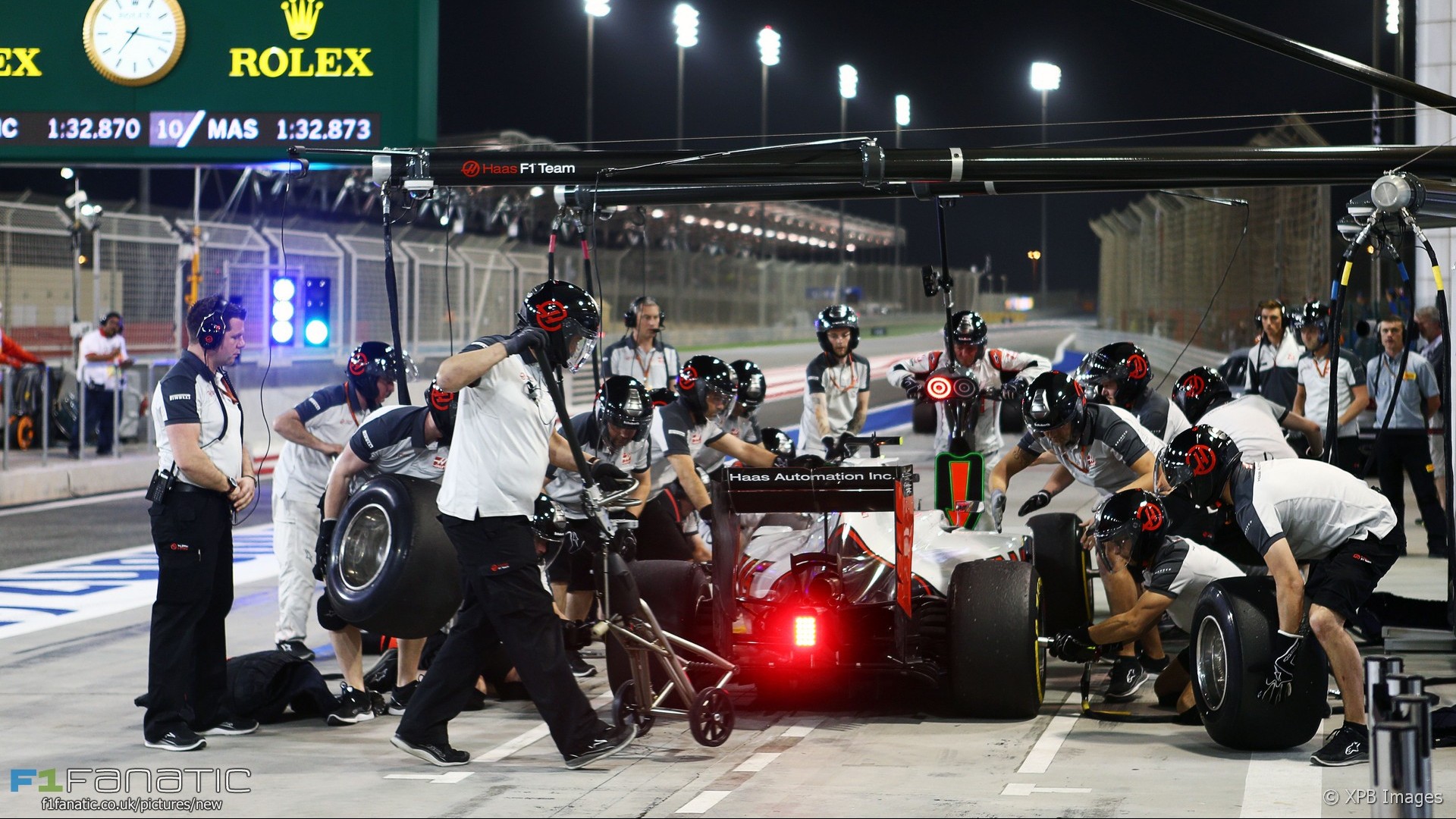 Romain Grosjean would not have achieved his fifth-place finish in the Bahrain Grand Prix had it not been for the actions of a quick-thinking Haas mechanic.

Team principal Guenther Steiner praised the mechanics who changed Grosjean’s left-rear wheel for replacing a nut which had not attached successfully. Had he not done so, the loose nut would have forced the team to retire the car.

“In the third [pit stop] we had an issue with one of the wheel nuts,” Steiner explained. “I give credit to the crew member because when he went to put the wheel on, he realised something was wrong and took it off again.”

“Had he not fixed it, the car probably would have been stopped after the first two corners from the wheel being loose. So we had an issue, but we solved it and maybe lost two seconds and it didn’t make a difference anyway. The mechanic and his actions stopped us from making an even bigger mistake.”

Grosjean lost around four seconds in that stop compared to his other two. The Haas crew (pictured practising with Esteban Gutierrez) performed their first race pit stops in Bahrain as Grosjean made his sole tyre change in the Australian Grand Prix while the race was suspended.

“I would say two out of the three pit stops were good,” said Steiner. “We still can improve, but we were in the ballpark.” Grosjean’s quickest pit stop was 1.6 seconds slower than the fastest of the race.

The team is still trying to get to the bottom of the problem which ended Gutierrez’s race.

“We had an issue with his brake disc and are still investigating why it actually broke,” said Steiner. “We are working with the brake manufacturer to have a better understanding of the issue and avoid it in the future.”

“I spoke with Esteban after the race and he said, ‘Guenther, these things happen. There’s nothing we can do.’ He understands why he’s had to retire from each race and now he’s more determined to get to the end and earn points.”