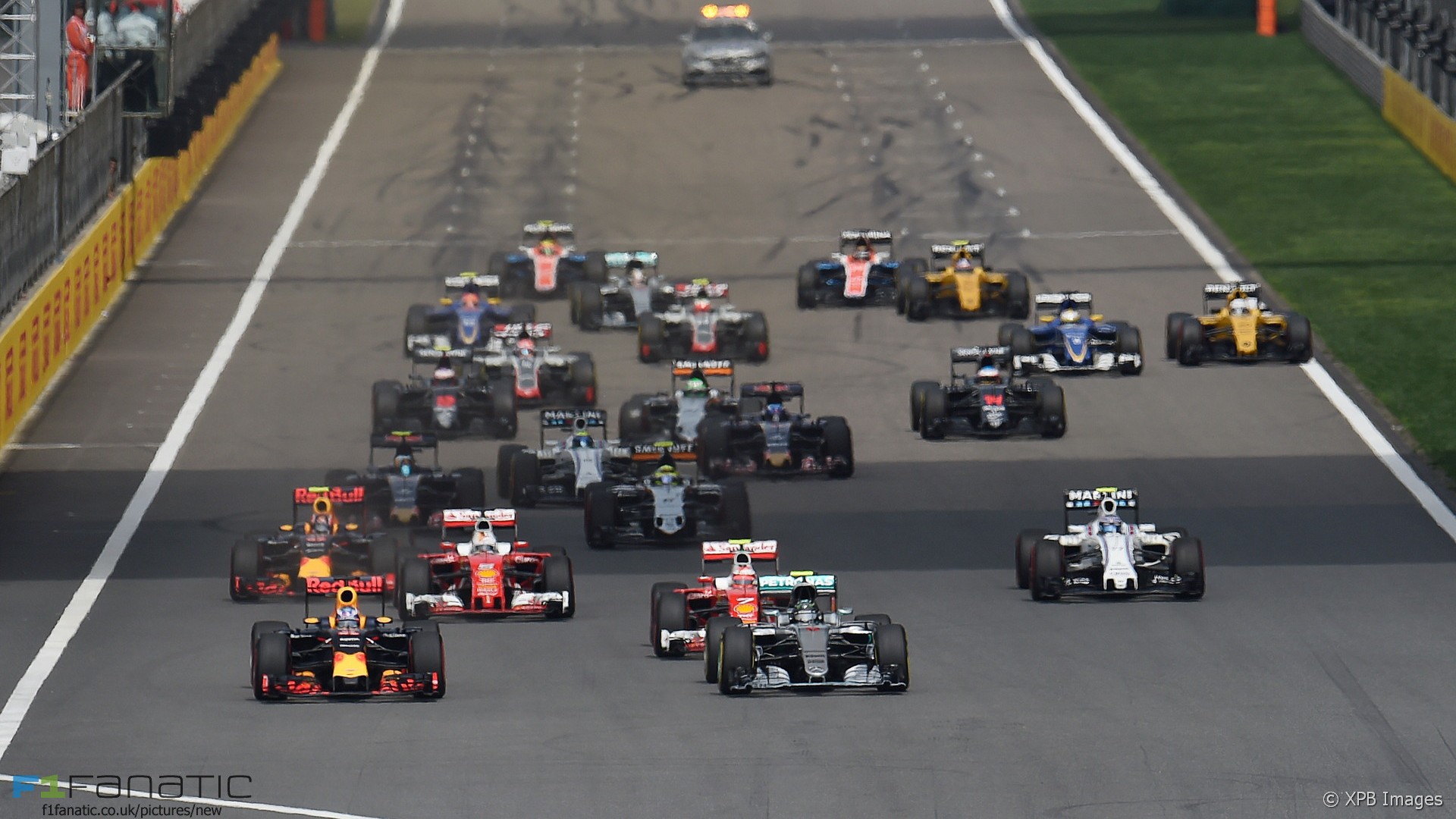 In the round-up: FIA race director Charlie Whiting says the risk posed by a road car parked at the pit lane entrance during qualifying for the Chinese Grand Prix was “unacceptable”.

"It must be emphasised that this is not a normal run-off area and the risk was low, unacceptable nonetheless."

"Even if it is uncomfortable for the commercial rights holder that Mercedes have been running away with lots of the races and two championships, the longer you keep the regulations stable the more the performance is going to converge between everybody, and this is what is happening now."

Horner wants independent engine to be tabled again (The Crash)

"I think the FIA need to decide what they want because they made it clear previously that the independent engine was tabled, it was removed from the table on the basis of these things being offered. If they're now not available – if prices aren't going to come down, convergence isn't going to happen, supply isn't going to be restricted – then the criteria hasn't been fulfilled."

"On Monday afternoon, however, the F1 Commission and the Strategy Group voted unanimously to approve the regulations to allow Pirelli to go ahead with its scheduled programme."

"One of the official stipulations made of Pirelli by the FIA for the 2017 tyres is that they can be used safely at or near to the optimum performance pressures, not something that can be said of the current rubber."

"The team knows that the clock is on and we need to start winning some races and bringing them home."

Wolff: Ferrari was 'conservative' with engine in China (F1i)

"They are definitely a threat. They came a little bit conservative on the engine this weekend than in Bahrain and it’s just a matter of time."

Red Bull can be 'big challenge' to Mercedes (Autosport)

"In some circumstances, we can be quite a big challenge to them. It was quite an encouraging race. I thought we were close in our pace to Ferrari."

Lewis Hamilton: I must win every race this season to overhaul Nico Rosberg and retain Formula One title (The Telegraph)

"I need to win all 18 races,” he said. “I'm actually quite grateful there are more races this season, it gives me more space."

"The Lewis I’ve seen today coming back straight into the garage after such a situation and shaking everybody’s hand, giving a little clap of support, it just leaves me with my mouth open."

"An Indian court on Monday issued an arrest warrant for the embattled liquor tycoon Vijay Mallya, who left the country owing more than $1bn, an official said."

@F1 what I learned when I was starting about overtaking: be opportunistic, surprising, decisive and indefensible… @Dany_Kvyat 10/10 move

Alex had a good view of the controversy unfolding in the World Endurance Championship on Sunday:

My God was it tense in Parc Ferme at Silverstone. I was marshalling that event at Copse, but ended up providing fire cover whilst fuel samples were taken. We had to stay until scrutineering ended… at 11pm. Luckily the clerk of the course bought us a takeaway, which we ate next to the number seven Audi. I watched the outcome being pinned to the notice board: racing history being made.
Alex Brown (@Splittimes)

Luigi Piotti died on this day 45 years ago. He had entered his own Maserati in F1 races during the fifties with little success, though he finished sixth in the 1956 Italian Grand Prix (which at the time did not score any points).