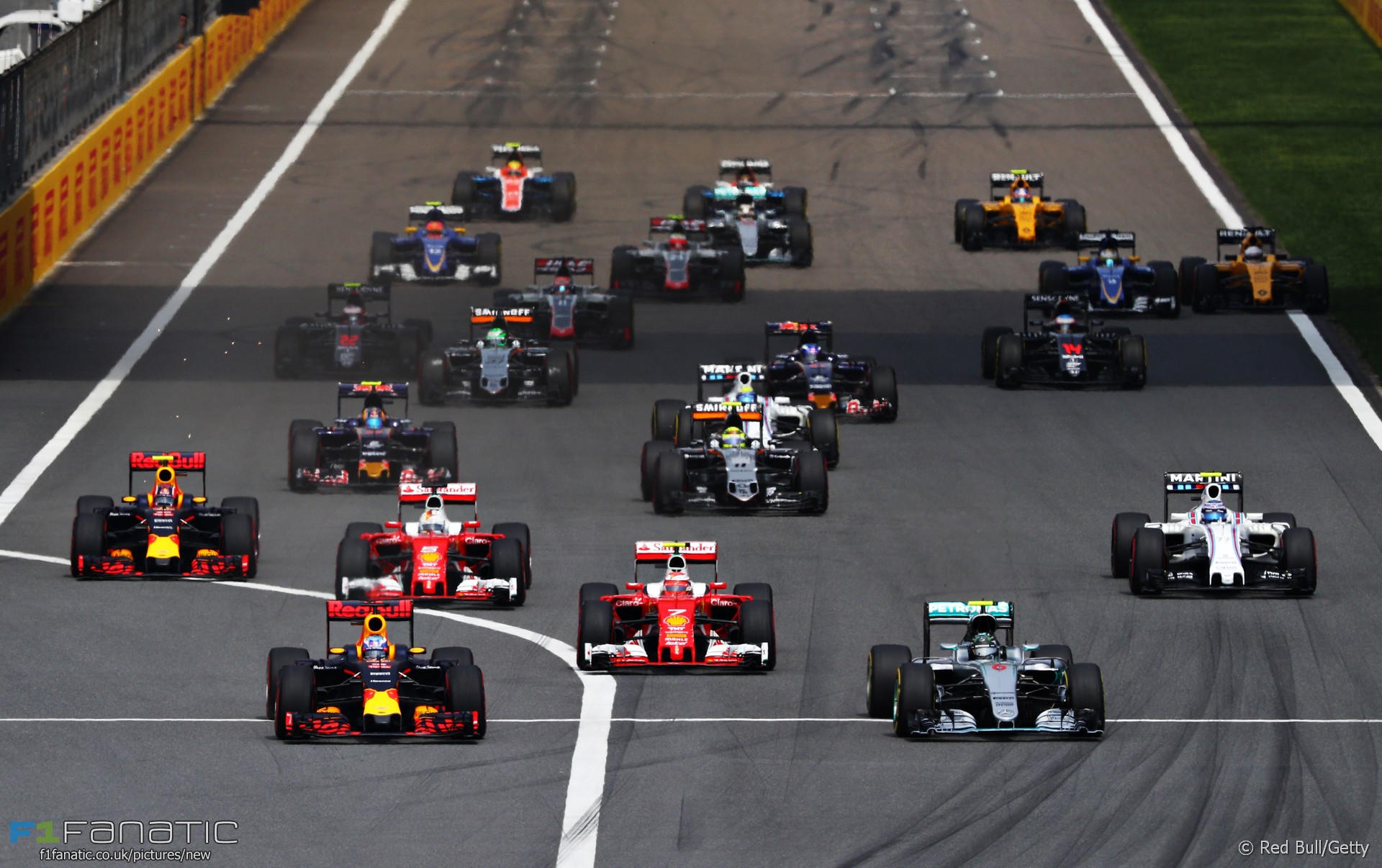 Is it time to call the Shanghai International Circuit a modern classic venue?

Sunday’s Chinese Grand Prix earned another positive verdict from F1 Fanatic readers who gave the race an average score of 7.8 out of ten.

But that’s only the fourth-highest rating for a grand prix at this circuit over the last eight years. The Shanghai track is now the fifth-highest in F1 Fanatic’s circuit ratings.

A first-corner collision, an early Safety Car period and a flurry of passes made for a hectic start to the race. Although the action settled down later on it still earned the highest score for a race so far this year.

For some of you it raised expectations for the season ahead, although some of the more positive comments were tinged with incomprehension at the pace of the action:

If this is the standard for the rest of 2016 then I think we’re in for a treat or two. Hopefully.
Djangles LeVaughn (@Royal-spark)

Lots of battles up and down the field and most, if not all the cars seemed pretty competitive at various stages. Quite impressive that there was no retirements at all and the race was still quite exciting.

Ricciardo probably did the best job out there for me. It’s a shame he had the puncture, a podium was certainly deserved and more promisingly the Red Bull’s clearly got the pace to do it. Great recovery drives from Vettel and Raikkonen and Kvyat did brilliantly.

Bottas and Williams were a bit anonymous and seem to be losing performance on a race by race basis. McLaren were also a bit vague really – promising but vanished towards the end. Renault are looking pretty woeful.

If Rosberg doesn’t win the title this year he never will.
Adam (@Rocketpanda)

Top dollar from Rosberg apart from his start. Bad luck for Ricciardo and his puncture.

Vettel to blame for debris everywhere. Vettel’s excuses were hilarious, complaining about Kvyat driving too quickly – trying to deflect from the fact that he crashed into his team mate. Still on about it on the podium! Doing himself no favours there.

Unfortunate for Raikkonen and Hamilton, but that’s racing. Both did well to drive into the points. Couldn’t quite keep track of Mercedes’ strategy, not sure the Hamilton one worked as intended.

Lovely overtaking down the field. Baffled why Grosjean wanted to retire two laps before the end.
@Trenthamfolk

It looks like not many people have realized that Sainz took Bottas in the last lap. Unfortunately they didn’t show that on television, but I was quite interested in that final battle. Maybe not the most exciting battle ever, but not a totally processional ending either.
@Alonshow

Good race throughout the field and confirms the midfield pretty much have the same pace. The true enjoyment watching opening races this season is on the midfielder where driver skill and strategy have more important part on the outcome of the race than the car differences.

Will see how it goes after we go to European rounds and see the car developments.
@Sonicslv

While initial responses to the race were largely favourable, it’s striking how many of the later comments were more focused on the quality of the action which was seen rather than the quantity of overtaking:

DRS overtakes and crazy tyre options left me wondering if this was a real race… wrong direction for me.
@Smudgersmith1

Was it just me, or did the first few laps before DRS was enabled have more good racing than I have seen in a long time?

I wonder what a DRS-free race would look like. The same cars and drivers, just no DRS.
Michael (@Dedischado)

I felt the DRS was far too strong and I feel this new tyre strategy has made races interesting but really ruined wheel-to-wheel action. Drivers have little incentive to defend because they know they can overtake them near the end of the race.
Jack

And after three straightforward victories for Rosberg, many of you are hankering for a full-on scrap between the front-running teams: