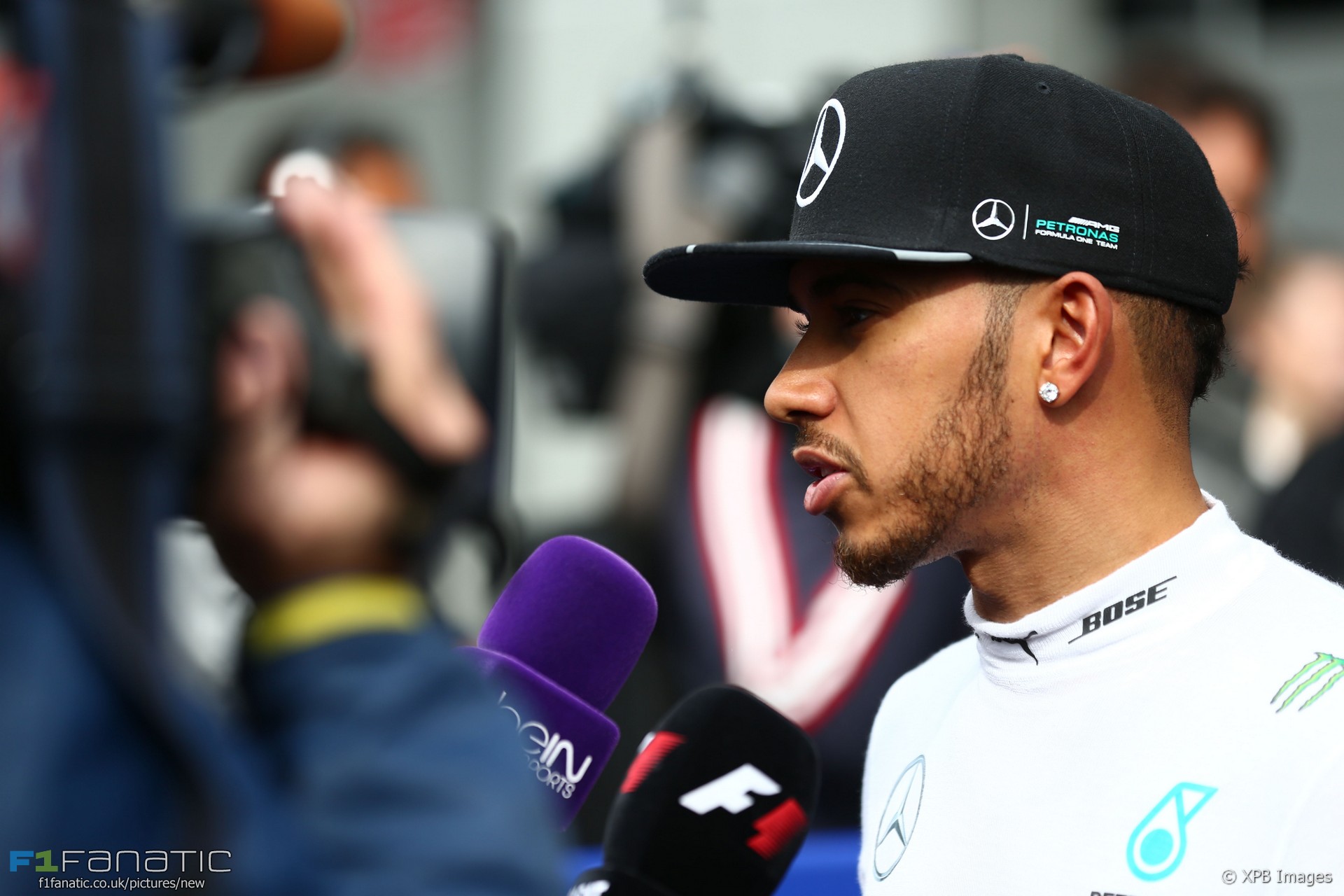 Lewis Hamilton has been reprimanded by the stewards after failing to obey the rules regarding turn two during qualifying.

The Mercedes driver did not follow the instructions given to drivers for leaving the track at turn two. New rules were issued on Saturday morning requiring them to drive around a polystyrene block which had been positioned at the corner.

This is Hamilton’s second reprimand of the year so far. If he collects another he will be given a ten place grid penalty. His first reprimand was for reversing in the pit lane in Bahrain.

The world champion will to line up tenth on the grid for tomorrow’s race, pending any further penalties. He said it will be difficult to make up places in tomorrow’s Russian Grand Prix following his power unit failure in qualifying.

“It’s not an easy track for overtaking,” he said. “With the levels of tyre degradation and it being so tough to follow here, it’s not going to be easy to make my way forward.”

“But there are long straights and we’ve got good pace, so if I can keep the car in one piece I’ll be fighting for decent points I’m sure.”

Hamilton’s power unit fault became apparent during Q2 and forced him to miss the final phase of qualifying. “I knew there was a problem and that it was probably the same failure that I had in China pretty much straight away,” he said.

“I went out for a second run in Q2 to get a feeler lap and felt the same power loss as last time. When it happened in Shanghai it was something we hadn’t seen before and now unfortunately it’s happened again, so we need to understand it.”

“I’ve never been superstitious about these things, though, and I never will be. There’s nothing I can do about it, so I’ll move on and look ahead to the race.”