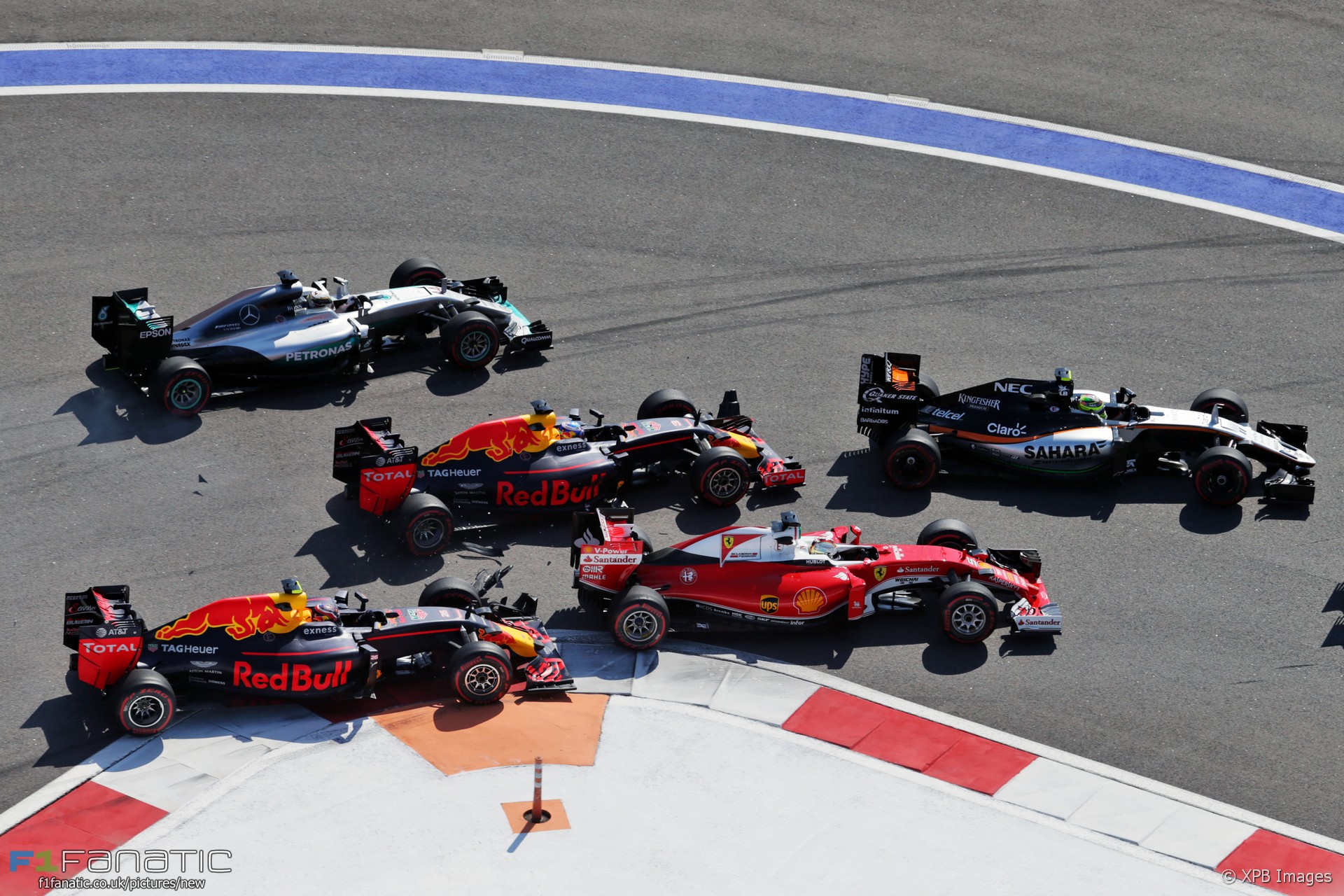 Daniil Kvyat accepted responsibility for colliding with Sebastian Vettel at the start of the Russian Grand Prix.

The Red Bull driver admitted he was caught out by how quickly the field slowed at turn two on the first lap and locked his brakes, causing him to hit the Ferrari.

“There was a bit going on,” he told Sky. “In the last moment I didn’t expect to slow down so much.”

“Then I started to press the brake pedal but there was not much in it because when you lock the rear wheels the car’s a bit out of control. The first contact came from that.”

“The second touch I was just behind him and I couldn’t see what was going on ahead and he just slowed down a lot and I just didn’t have time to react unfortunately.”

The stewards blamed Kvyat for the pile-up, giving him penalty points on his licence as well as a ten-second stop-go penalty during the race.

“Obviously all the mess came from me,” Kvyat admitted. “Of course it doesn’t feel great but sometimes these things happen on lap one.”

“It’s probably the messiest lap one that happened in my career but usually I learn from it. I think it should be all fine next time. We will learn from it.”

Kvyat said he intends to speak to Vettel, who he was also involved in an incident with in China two weeks ago.

“Of course it’s easy now to attack me and I guess everyone will,” he added. “But I’m OK with that.”