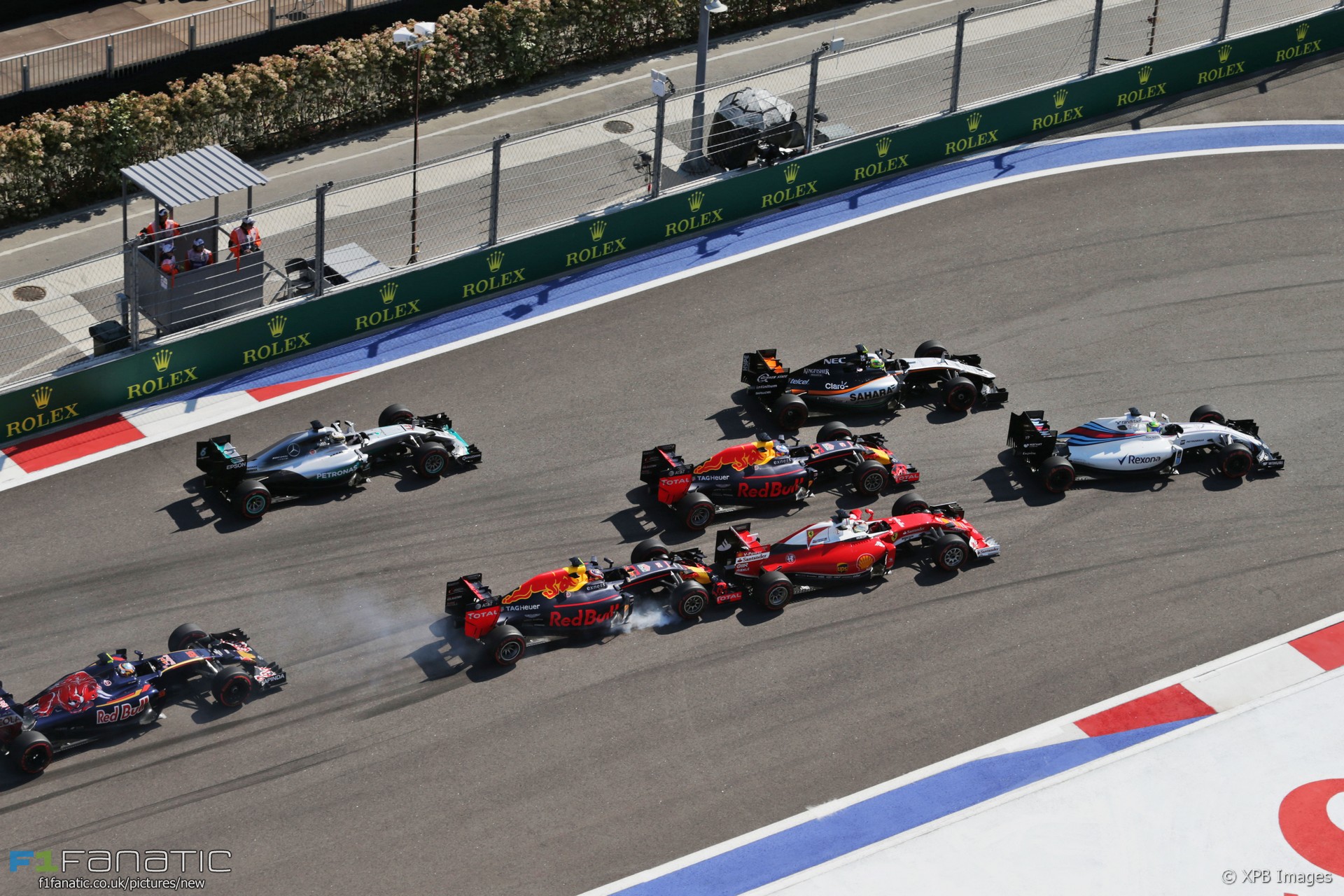 Daniil Kvyat has been given three penalty points on his licence for his first-lap collision with Sebastian Vettel.

The Red Bull driver was also given a ten-second stop-and-go penalty – one of the toughest punishments available to the stewards – after making contact with Vettel twice on the opening lap of the race.

Carlos Sainz Jnr and Esteban Gutierrez were also given two penalty points each for further incidents during the race. Sainz was judged to have forced Jolyon Palmer off the track between turns two and three, and Gutierrez was penalised for colliding with Nico Hulkenberg at the start.

Kvyat now has a total of five penalty points while Sainz and Gutierrez have two each. Any driver who accumulates 12 penalty points is automatically given a one-race ban.

Vettel held Kvyat responsible for the first-lap collision which was the second incident involving the pair at the start in as many races.

28 comments on “Kvyat, Sainz and Gutierrez given penalty points”