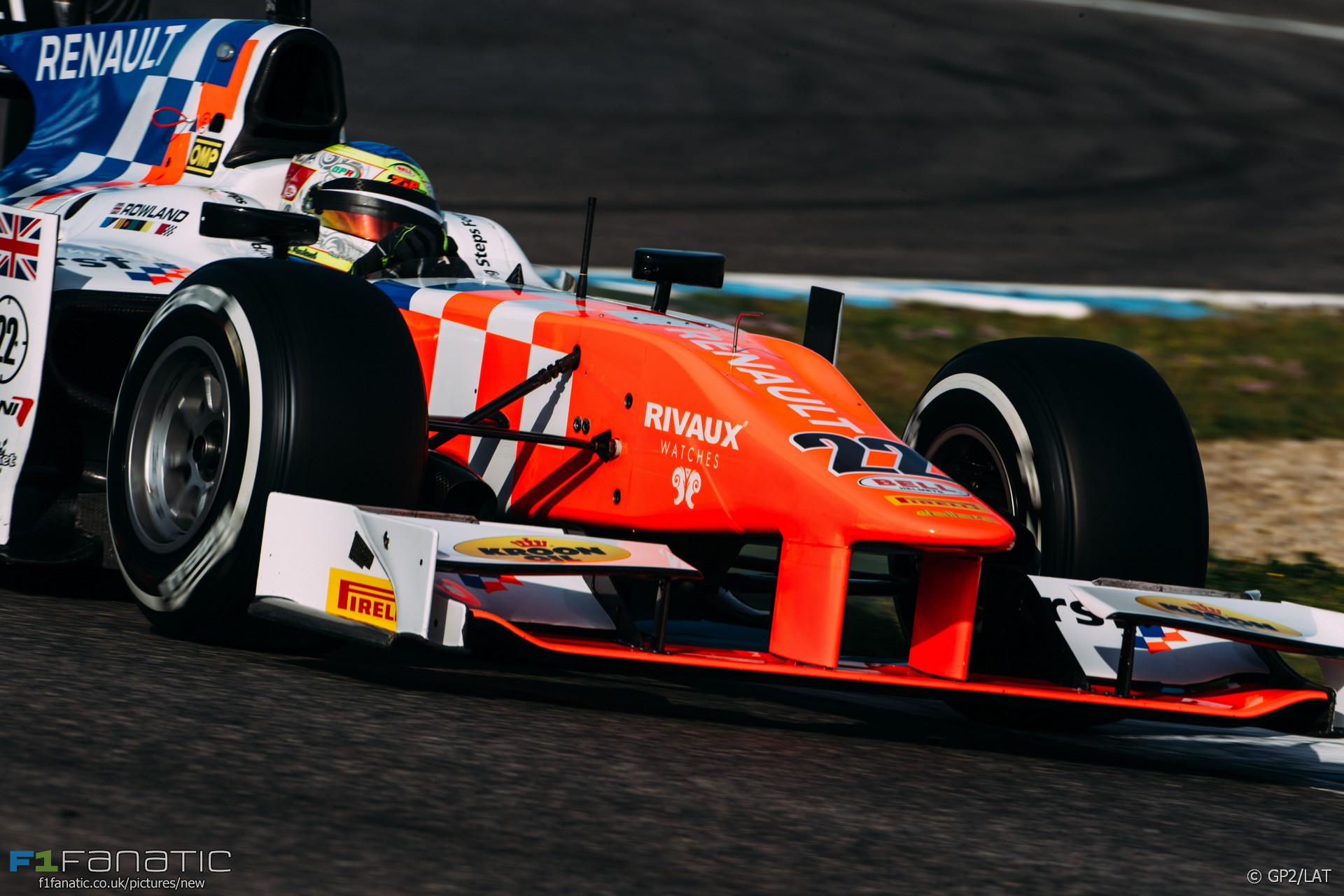 Just 11 teams will assemble for the first race of the 2016 GP2 season as three teams have withdrawn from F1’s leading feeder championship.

Hilmer disappeared from the series late last season, Lazarus bade farewell over the winter and the Status team has not entered any drivers for the opening round of the new year this weekend. The roster has been bolstered by the arrival of top F3 squad Prema. But Carlin, which has already pulled its team from Formula V8 3.5, will have just a single car in GP2 this weekend.

Although the championship is entering its sixth season with the same chassis in a bid to keep a lid on costs it remains an expensive final step on the ladder towards F1. The sharp end of the field has an excellent pedigree of drivers, several of which are backed by F1 teams. The lower end, however, is propped up by several undistinguished but wealthy racers.

Last year Stoffel Vandoorne rewrote the GP2 record book and claimed the crown in dominant fashion. Runner-up Alexander Rossi has also moved on, leaving potentially one of the most open championships for several years.

Sergey Sirotkin, Pierre Gasly and Norman Nato have been the pace setters in testing – but that has been a poor guide to season-long form in the past.

As is now commonplace in GP2, the series follows the Formula One calendar’s European rounds. Changes for this year include a place on the support bill for the new race on the Baku City Circuit. Drivers will also tackle the punishing heat of Malaysia’s round of the championship. They will have plenty of time to recover from that, however – the season finale follows almost two months later in Abu Dhabi.

Bahrain has also been dropped from the calendar after hosting two rounds in 2015, while the round that one of those replaced – Germany, this year at the Hockenheimring – will return after a years absence.

On the driver front the grid is largely filled with faces from last season, but there are some new additions who could be ones to watch, and quite a few have switched teams. The highest profile moves are Sergey Sirotkin to reigning teams champions ART, and Red Bull junior Pierre Gasly away from DAMS to the new Prema squad.

Gasly will be joined by 2015 Euro F3 runner-up Antonio Giovinazzi, but will be hoping he’s not upstaged by his rookie team mate in a season he desperately needs to shine as Red Bull’s driver academy begins to look a little thin. He’ll also be hoping to pick up a victory, as the last time he stood on the top step was September 2013.

Norman Nato makes the switch to Racing Engineering alongside Manor development driver Jordan King, as he looks to build on an uninspiring first season. Another driver moving teams to reignite his career is Raffaele Marciello. The former Ferrari junior driver was dropped from the academy last season after finishing seventh in a year he was expected to battle for the title and failing to win a single race.

Marciello replaces Mitch Evans at Russian Time, who’s switched to Campos after a trying season filled with unreliability and poor pace in the early races.

Luca Ghiotto led much of the GP3 championship last year but finished runner-up to Esteban Ocon. He remains with his Trident team for the step up to GP2 and will be looking to repeat his expectations-defying performance of 2015. His team mate, Philo Paz Armand, has risen quickly through the junior ranks but enters his fourth year of racing competition still yet to achieve a podium finish.

Marvin Kirchofer joins Ghiotto in stepping up from GP3 – and will race for Carlin – but crucially lacks a team mate to share data with. The last big name to join the grid is Oliver Rowland. The 2015 Formula Renault 3.5 champion had a season as impressive as Vandoorne’s – and showed well in the few rounds of GP2 he competed in as well, and will now contest a full season with MP Motorsport.

Of those who have stuck around, Williams development driver Alex Lynn is one to watch at DAMS, while Honda protege and McLaren development driver Nobuharu Matsushita could be a dark horse after impressing in his rookie campaign last season.

Who’s your tip for the GP2 title this year? And will the champion get a shot at F1?

The GP2 season will be screened live in the UK on Sky Sports F1. For coverage details elsewhere around the world see here:

Update: After this article was published Carlin confirmed Sergio Canamasas will drive their second car.