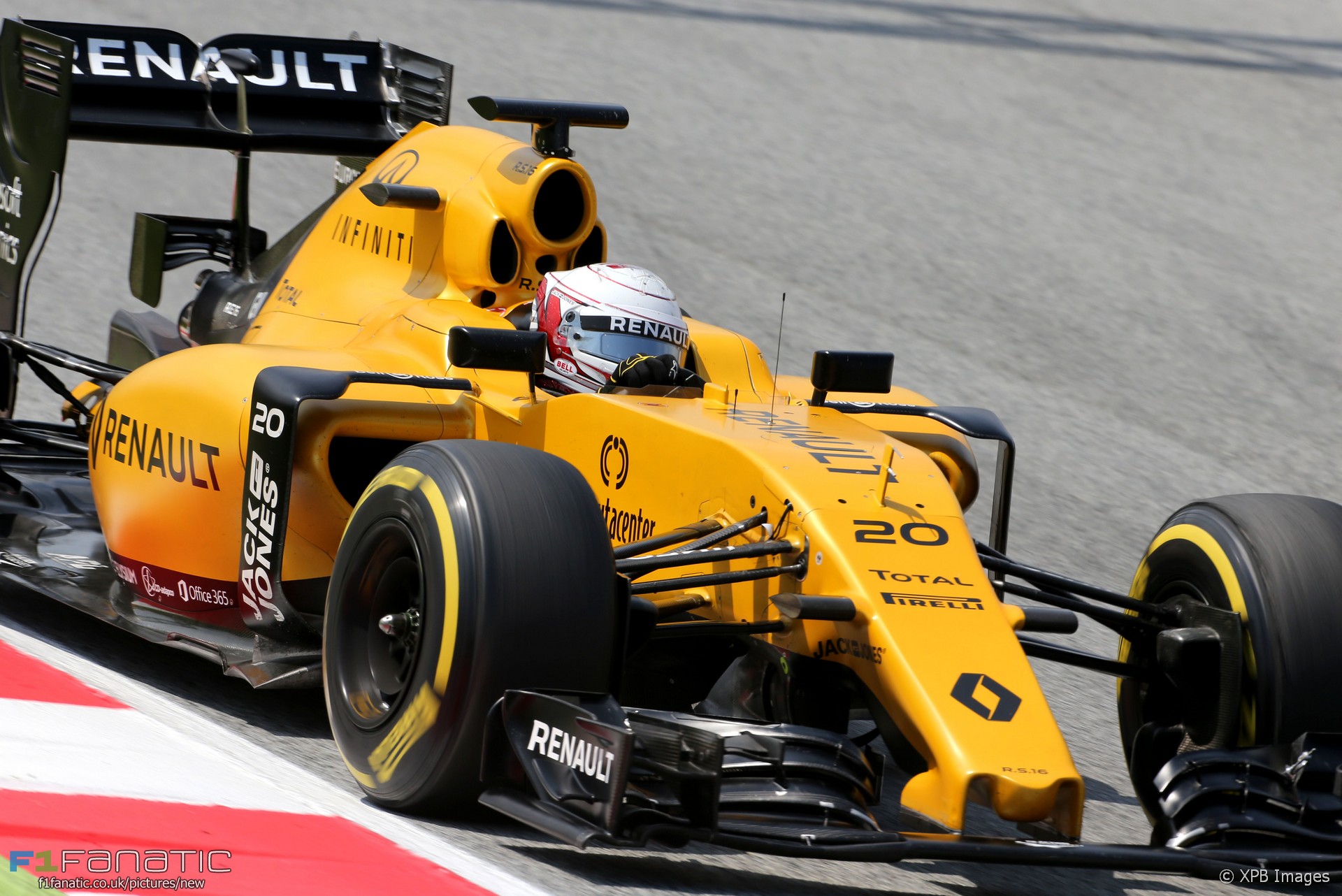 “It’s definitely been a positive test,” said Magnussen at the end of today’s running. “The power unit feels stronger and has better drive-ability and there are some other good improvements too.”

A lot is riding on the performance of Renault’s upgraded power unit which it and Red Bull have run at this week’s test at the Circuit de Catalunya.

Esteban Ocon sampled the new engine yesterday and the Renault has run strongly throughout the test, its two drivers logging almost three-and-a-half race distances in total.

“That was a full day for me and a productive one,” said Magnussen. “I think the only issue I experienced all day was wanting to take my helmet off for a little break.”

“The car feels good and it was great to conduct such a wide variety of assessments as it shows we’re clearly making progress. It wasn’t just me busy in the car, all the crew were flat out changing bits or adding or removing rakes so a big thanks to everyone for their hard work after the race here.”

“We’ve tested all the aero and mechanical parts we wanted which allows us to plan our next race upgrades effectively.”