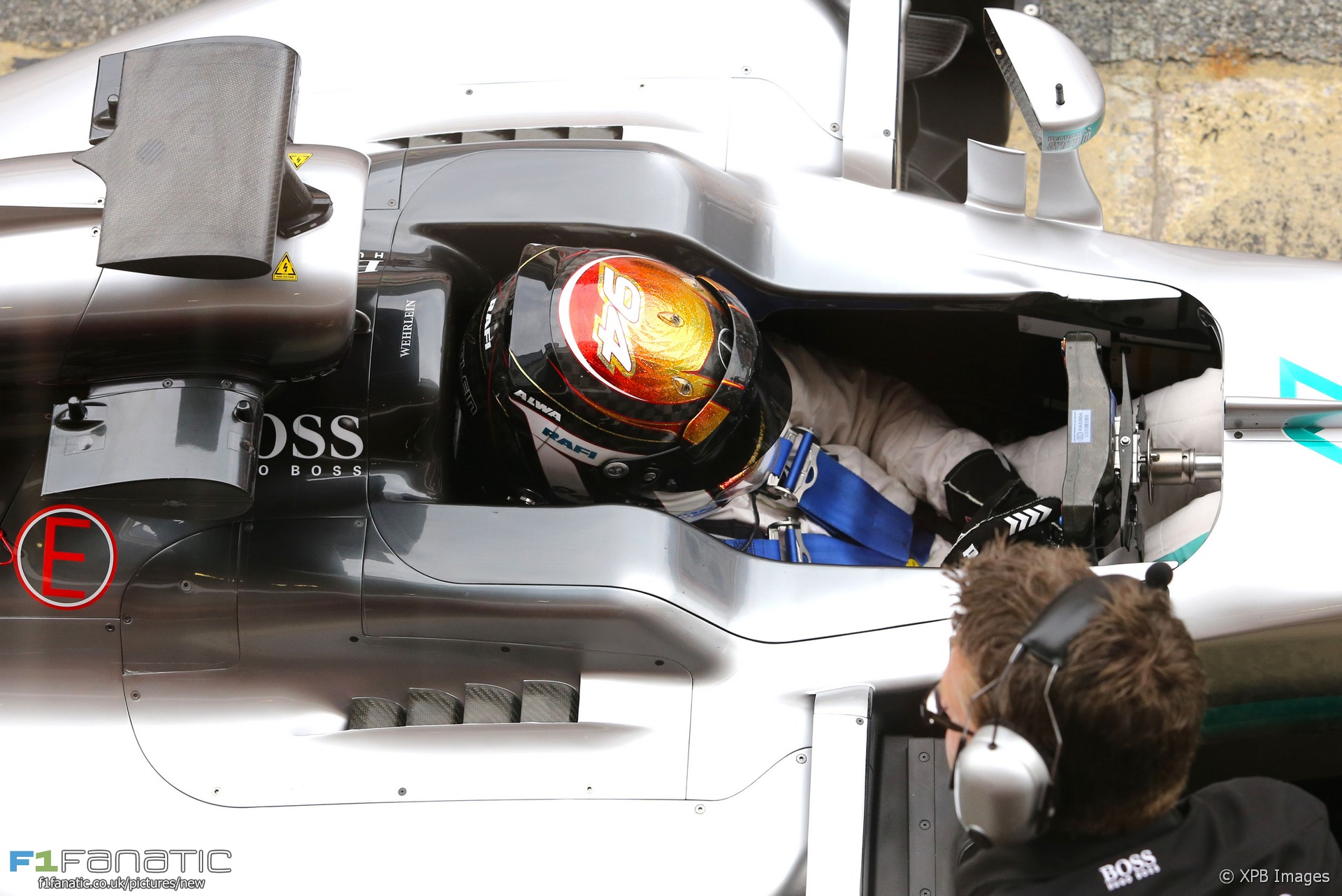 In the round-up: Pascal Wehrlein says he intends to be ready for a promotion to Mercedes next year if the opportunity arises.

Pascal Wehrlein: I'll be ready for Mercedes in 2017 (ESPN)

"Our performance isn't high enough to have more conversations from other teams."

"I don't even think about it anymore, for me it's way in the past and it surprises me that people are talking about it."

"We have already found more performance in the car in the wind tunnel, which we will introduce later in the year. So there is no standstill."

"The Silver Arrows had stated on Tuesday that Hamilton would test at Silverstone, but the late substitution of Ocon for Wehrlein leaves Mercedes with just two days of testing remaining and two days of young driver testing required."

"I hope they're not for a too distant future, I hope we can have some of the things we had here quickly and I hope we understood things that can be important to make our car quicker."

David has a different interpretation to mine for why Red Bull put Daniel Ricciardo on a three-stop strategy:

Ricciardo was running out of tyres (being gained on by both Verstappen and Vettel, even without the Haryanto incident) and Red Bull opted to go to the three stop strategy as soon as they realised he was not going to be able to complete the race competitively on two.

Ferrari shadowed Ricciardo to cover him off which was a valid decision at the time (valid in the sense that Alonso shadowing Webber was back in 2010), however Vettel probably could have completed the race on two stops easily if he needed to as he had stayed out longer on the first stint than the other leaders.

Ricciardo then did sensible stints for the remaining part of the race. Ferrari meanwhile completely wasted their middle stint, I suspect they pulled Vettel in as soon as they were confident he could make it to the end on the final set of mediums, and this guaranteed track position over Ricciardo, but it wasted the tyre advantage and left them well out of touch of Verstappen and Raikkonen, who had enough of a time advantage to nurse their cars to the end.

Not so much a tactical decision by Red Bull as a decision driven out of necessity. And a rash response by Ferrari, who could have won this race with Vettel if they had stayed out.
David

A bizarre Monaco Grand Prix resulted in the final victory for Ligier and the only F1 win for Olivier Panis.