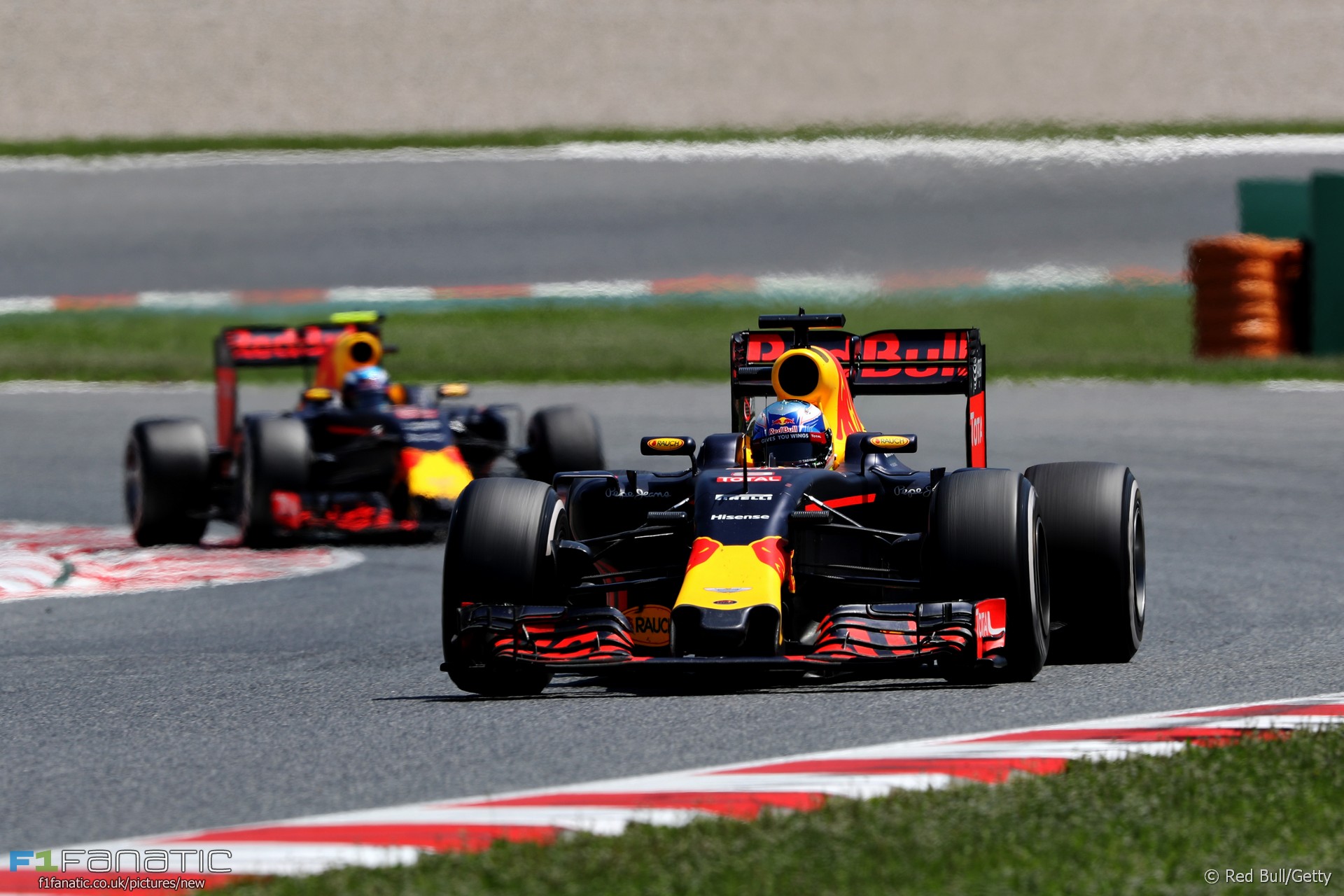 Daniel Ricciardo admitted his defeat in the Spanish Grand Prix is hard to take after he led the opening stages of Sunday’s race.

The Red Bull driver slipped to fourth place having led 30 laps after switching to a three-stop tyre strategy.

“The outcome of the race was frustrating,” Ricciardo said. “Is it easy to move on? I wouldn’t say easy. Can you move on? Absolutely.”

Ricciardo also led the Chinese Grand Prix before suffering a puncture and qualified strongly in Russia before being involved in a first-corner crash triggered by previous team mate Daniil Kvyat.

“I think it’s more probably the last three races I feel the end result hasn’t been what we’ve deserved,” he said. “I think there’s always been something better available for me. Now it’s just like, come on. At the same time that’s just racing and it’s part of it.”

However Ricciardo believes it can be positive for him that Verstappen’s ability has been rewarded so soon in his career.

“I said when I joined Red Bull and I came against Seb I wanted to come against the best and challenge myself. And now Max is the newest challenge for me and I think he’s a big one. So I think in a way it’s good that he’s having success because if I can get on top of that then it’s only good for me and probably for both our careers.”