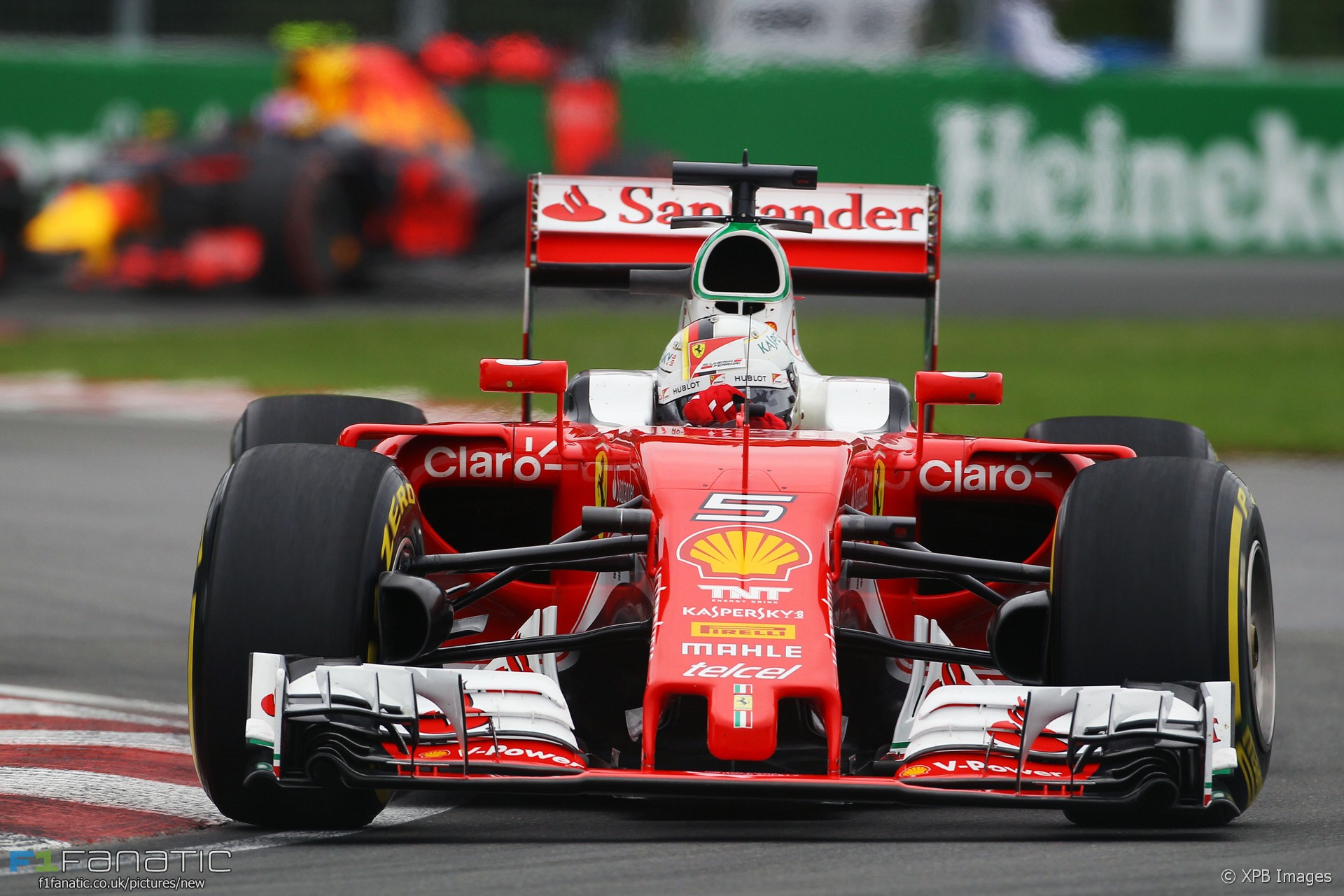 Although the prospect of rain remains for tomorrow afternoon at the Circuit Gilles Villeneuve, only a small amount is expected.

One local forecaster rates the chance of rainfall around the time of the race at 80%, but expects just 2-4mm to fall.

However continuing low temperatures at the track gives Mercedes’ rivals cause for optimism. “Tomorrow’s going to be cool, if not wet, so with those conditions it could be anyone’s race,” says Daniel Ricciardo.

“Hopefully it’s a five- or six-way fight – that could be a lot of fun. I think being on the right tyre at the right time is crucial.”

“The ultra-soft is not particularly soft for whatever reason,” he said, “they’re just such hard compounds”. Hamilton said it took “so long to get the temperature into them” in qualifying, “you need two laps to really bed the heat into the tread”.

The performance of the tyres in the cooler conditions which have developed since yesterday has led Pirelli to predict the race will be a one-stopper. However the introduction of a softer fifth compound was exactly what Pirelli said was necessary to prevent a repeat of last year’s one-stop race.

Nonetheless the closeness of the field to Mercedes will raise hopes of a more competitive race. Hamilton sounded a warning note over the threat from Ferrari after qualifying, and a glance at the speed trap shows why. With Ferrari’s new turbo, only the Williams were quicker than Vettel’s car through the speed trap, and he had the second-highest top speed at all three intermediate timing points.

There was encouragement for McLaren as Fernando Alonso reached Q3 for the third race running on three very different circuit configurations. However this came with an ‘assist’ from his team mate.

“On my final Q2 lap I didn’t get a tow down the back straight and Fernando did – he got a tow from me” said Button. Even with that tow Alonso was at the foot of the speed trap.

Will Hamilton continue to make inroads into his team mate’s championship lead tomorrow? Will Ferrari or Red Bull take the fight to Mercedes?

26 comments on “Cool weather gives Mercedes’ rivals cause for optimism”