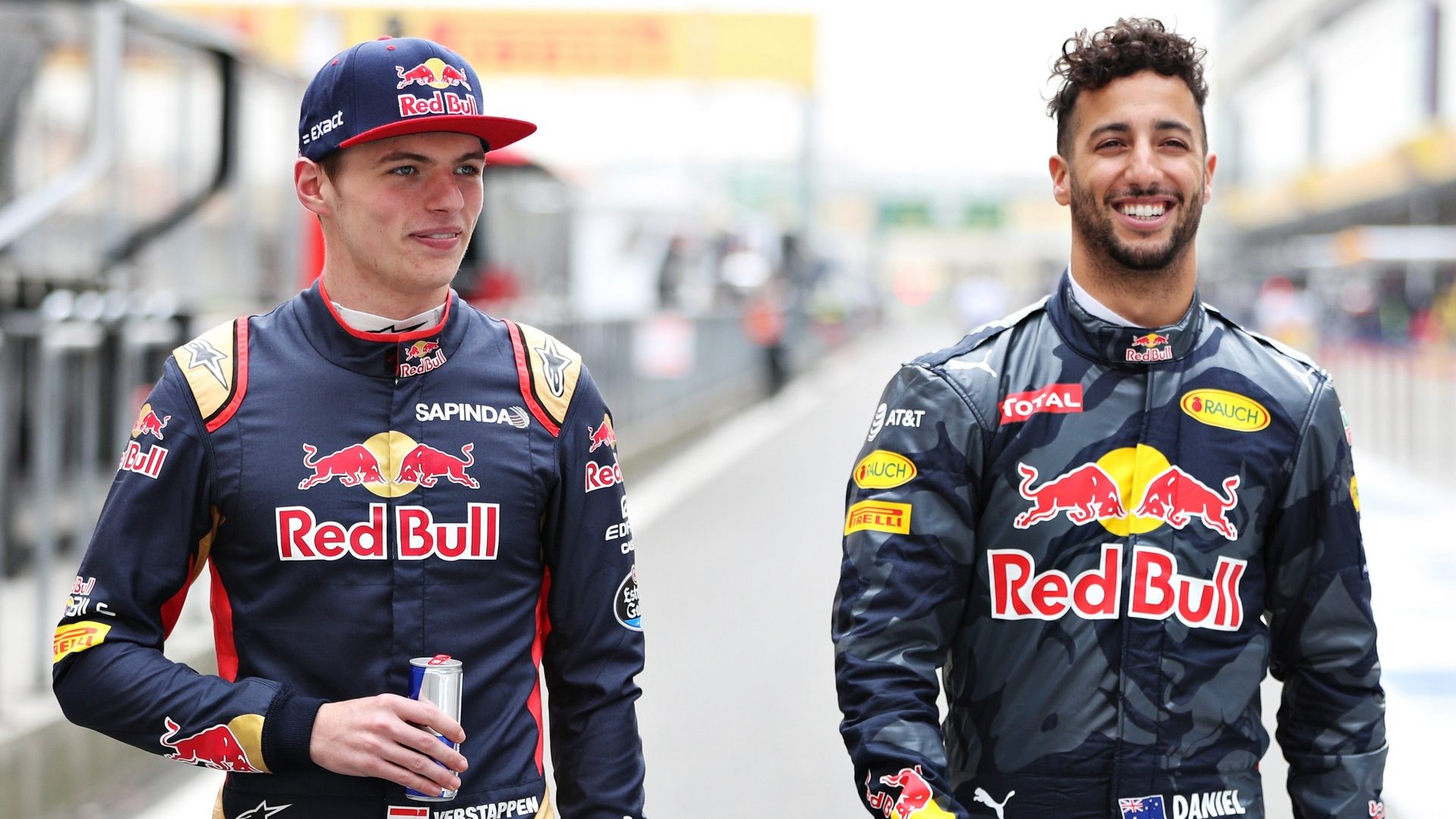 In the round-up: Christian Horner has insisted that Daniel Ricciardo and Max Verstappen will remain at Red Bull Racing beyond 2017.

"Q: Does that mean you will race with the same driver line-up in 2017?

"If you can find an advantage where you don't contravene the technical regulations, then ‘chapeau’. You have done a better job than anyone else."

Mercedes not 'flirting' with other drivers (Racer)

"We would like to continue in the same way with Nico. It's down to the detail in the contract, it's pretty normal negotiations."

"We’ve brought our fair share of updates – small ones – and we will bring a few more, but not a lot. I think all the other midfield teams have stopped now bringing updates."

"I don't know why, but the last 15-20 laps I was thinking about him and some of his fights. And how I was able to flow with the car for some reason and it was almost like when he was like 'float like a butterfly and sting like a bee'."

"Ecclestone cast doubt on the future of the race this week when he warned the city would be breaching its contract if improvements are not completed as agreed by 2017. The city pledged $32 million for the improvements as part of a multimilion-dollar deal reached two years ago to keep the race in Montreal until 2024."

All my thoughts and prayers for Orlando and victims of terrorism throughout the world. 🙏 #R8G pic.twitter.com/OOPV6Cjy8V

#Seb5: 'I saw this couple of seagulls sitting there all relaxed!and I didn't want to hurt them so I went wide 😂' pic.twitter.com/fvTnjHag3F

Felt great to be back on the podium 🏆 Great strategy by @WilliamsRacing and one of my best races! 🏁 #canadiangp #F1 pic.twitter.com/RfAXiTEl6C

Not the result I hoped today but looking back on the race now it wasn't as bad as it seemed and… https://t.co/q0rm9BgJ0F

Exactly what @ToroRossoSpy and me needed! On to Baku! 💪💪

The Canadian Grand Prix may have been one of the least-eventful races of the season so far, but does that mean it was a bad one? Tristan doesn’t feel so…

Loved this race. A real cracker. Best race of the season for me by far.

The contest was close, tighter than we’ve seen in a long time. Sure there wasn’t as much “action” but those who are disappointed with such a contest where the drivers are challenged, and cracks are shown, I don’t think should be watching F1.

An F1 race should not about “overtakes per race” or any other such silliness. The closeness of the contest between the teams, and the drivers, is what makes F1 for me. And this race had that essence of the competition in spades.

9/10 ( -1 point combined for the traffic impeding the competition in places and the lackadaisical rules regarding chicane track limits at this circuit, a track limit is a track limit and should be punished more than a very minor time infringement.)
Tristan

The Hungaroring held its first ever event 30 years ago today ahead of its inaugural grand prix. The Eastern Bloc and Friendship Cup featured saloon and single-seater races, and was attended by 30,000 spectators.