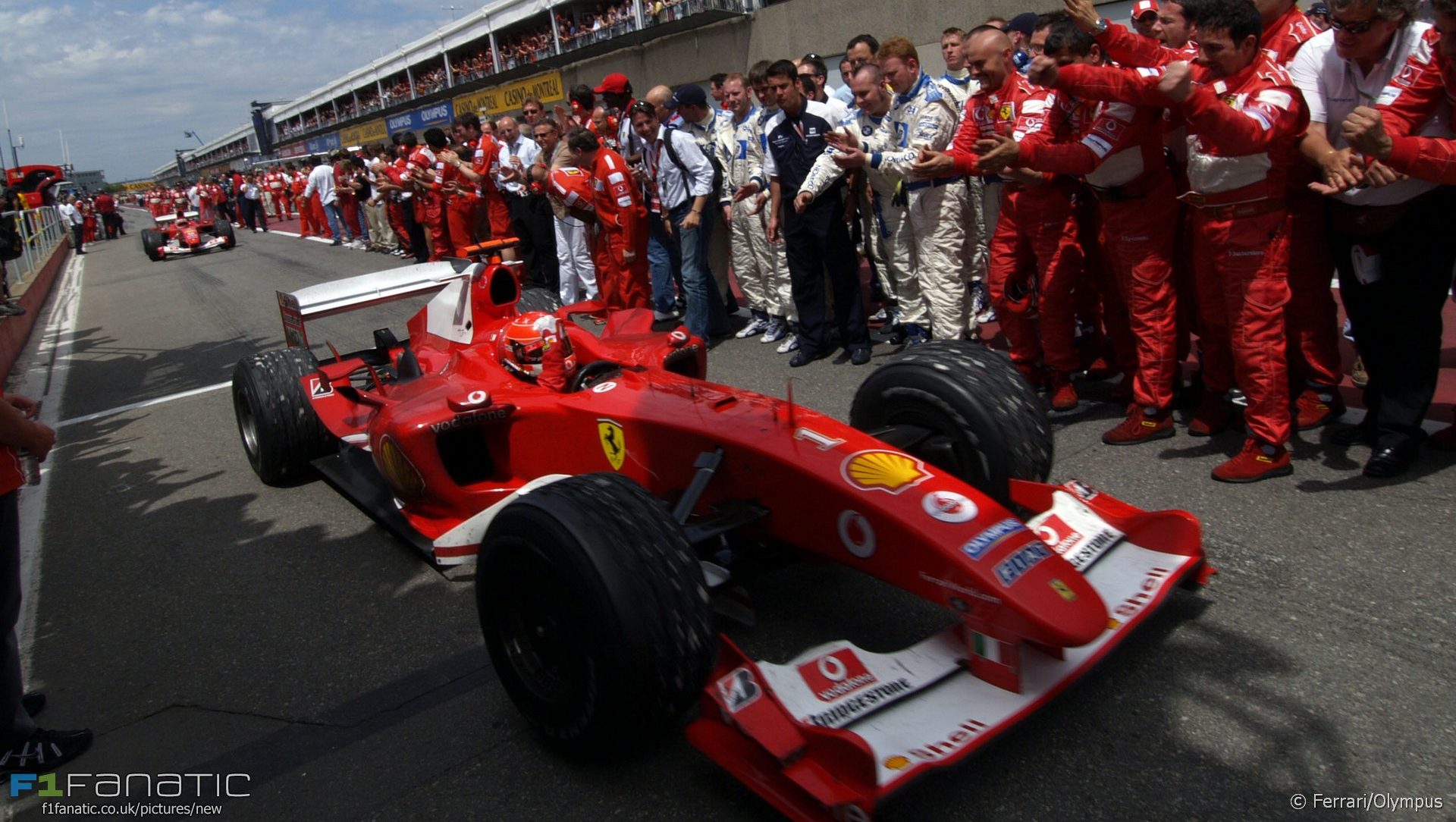 It moved him closer to the record of Michael Schumacher, the most successful F1 driver at the Canadian circuit, who won there seven times. Schumacher holds the record for most wins at the same venue three times over, with seven wins in Montreal and Imola, and an outright record of eight at Magny-Cours.

Hamilton’s 45th career win was the 51st for Mercedes, which draws them level with Red Bull.

Hamilton recorded his 53rd career pole position on Saturday. He is no longer able to equal Schumacher’s all-time record of 68 pole positions this year but he could reach Ayrton Senna’s former record of 65 before the end of the season if he takes pole for at least 12 of the remaining 14 races. Similarly, six more wins this year will see Hamilton tie with Alain Prost as the second-most successful grand prix driver in terms of race victories.

Hamilton’s pole position time of 1’12.812 was 0.537 seconds slower than the fastest lap ever seen on this configuration of the Circuit Gilles Villeneuve. That was the 1’12.275 set by Ralf Schumacher in a Williams-BMW during Q2 in 2004.

However both Mercedes drivers lost places on the first lap of the race. This team have been the worst starters of the season so far, with Hamilton and Rosberg making a net loss of 15 positions on the first lap of races so far this year – not to mention their disastrous collision in Spain.

Felipe Massa’s retirement from the race means no driver will be able to score points in every race this year. Daniel Ricciardo sustained his perfect record of out-qualifying his team mate at every race.

The Canadian Grand Prix saw a packed crowd despite the fact ten years have passed since the last time a home driver appeared on the grid. That was Jacques Villeneuve, who spun out of the race in his BMW with 12 laps to go.

Since then the only Canadian driver to appear in an official F1 session is Robert Wickens, who drove for Virgin during first practice for the 2011 Abu Dhabi Grand Prix.

Have you spotted any other interesting stats and facts from the Canadian Grand Prix? Share them in the comments.

46 comments on “Hamilton closes on Schumacher with fifth Canada win”