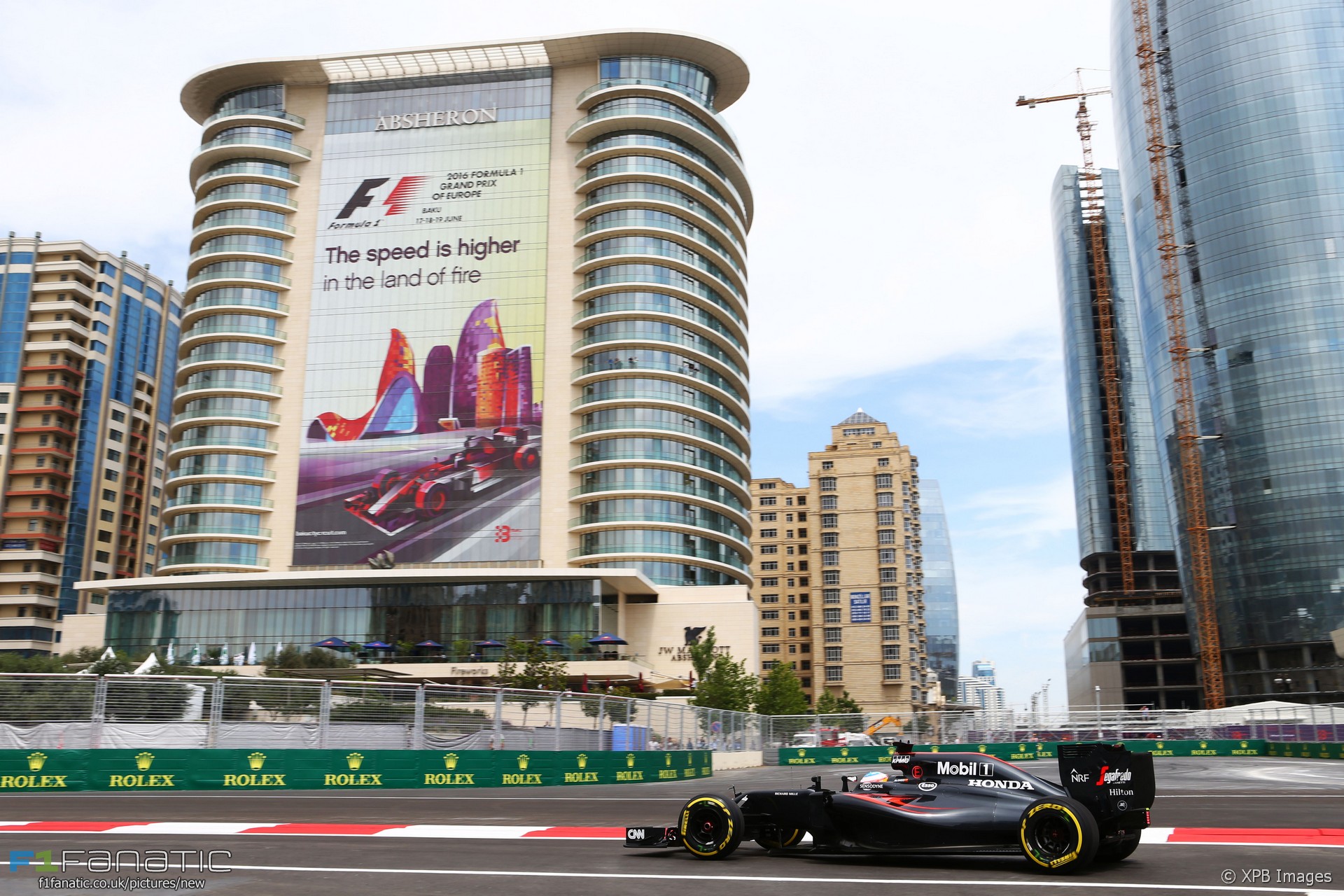 Although the title ‘European Grand Prix’ was first used as the official name of a world championship round in 1983, at Brands Hatch, it had been around long before then.

The title pre-dates the beginning of the world championship in 1950. And while the opening round of that first season at Silverstone was named the British Grand Prix, it also held the European Grand Prix title.

But the history invested in the European Grand Prix name has less to do with why Azerbaijan has adopted it for the title of its first grand prix than other, political concerns.

It isn’t unprecedented for a race to hold a title belonging to something other than the country it is held in. It has often happened in the case of one country being given more than one round of the championship.

This was the case when the European Grand Prix title was revived in 1983 for a second race in Britain. The year before the ‘Swiss’ Grand Prix was a second world championship round in France held at a time when French interest in the championship was high due to the success of Renault and a plethora of successful French drivers including Alain Prost, Rene Arnoux, Didier Pironi and others.

More recently the European Grand Prix title was used for second races in Germany during the height of Michael Schumacher’s success and in Spain after Fernando Alonso raised F1’s profile in his home nation.

But the rising cost of race hosting fees now means many European promoters cannot afford races at all, let alone one in close proximity to another in the same country. The name fell out of use when F1 left the Valencia track after 2012.

So why has Baku adopted the title instead of calling its new race the Azerbaijan Grand Prix? It would once have been taken for granted that a circuit owner looking to promote their race would prefer the honour of hosting their country’s round of the world championship.

That largely remained the case even as governments have replaced circuit owners as FOM’s top customers for the rights to hold grands prix. China, Russia and others wanted their own round of the championship to stand alongside the likes of Britain, Australia or the USA.

But Azerbaijan, a former Soviet state which gained independence in 1991, is a different case. Azad Rahimov, the minister responsible for its race, hinted at the thinking behind the decision to adopt the ‘European’ title when the grand prix was announced in 2014: “Azerbaijan is a modern European country that has established a reputation as a centre of sporting excellence.”

Azerbaijan is at pains to project an image of itself as being ‘European’. It has already hosted the Eurovision song contest and the European athletic games – the latter amid some controversy over its poor human rights record and refusal to admit journalists who had written anything critical about the country.

It’s not hard to see why an undemocratic and highly corrupt regime which suppresses freedom of speech and imprisons and tortures its critics would wish to adopt a title which by implication associates itself with countries to which the same does not apply.

One wonders whether it occurred to Bernie Ecclestone the very Europeanness he repeatedly disparages has, on this occasion, turned out to be rather lucrative for him.