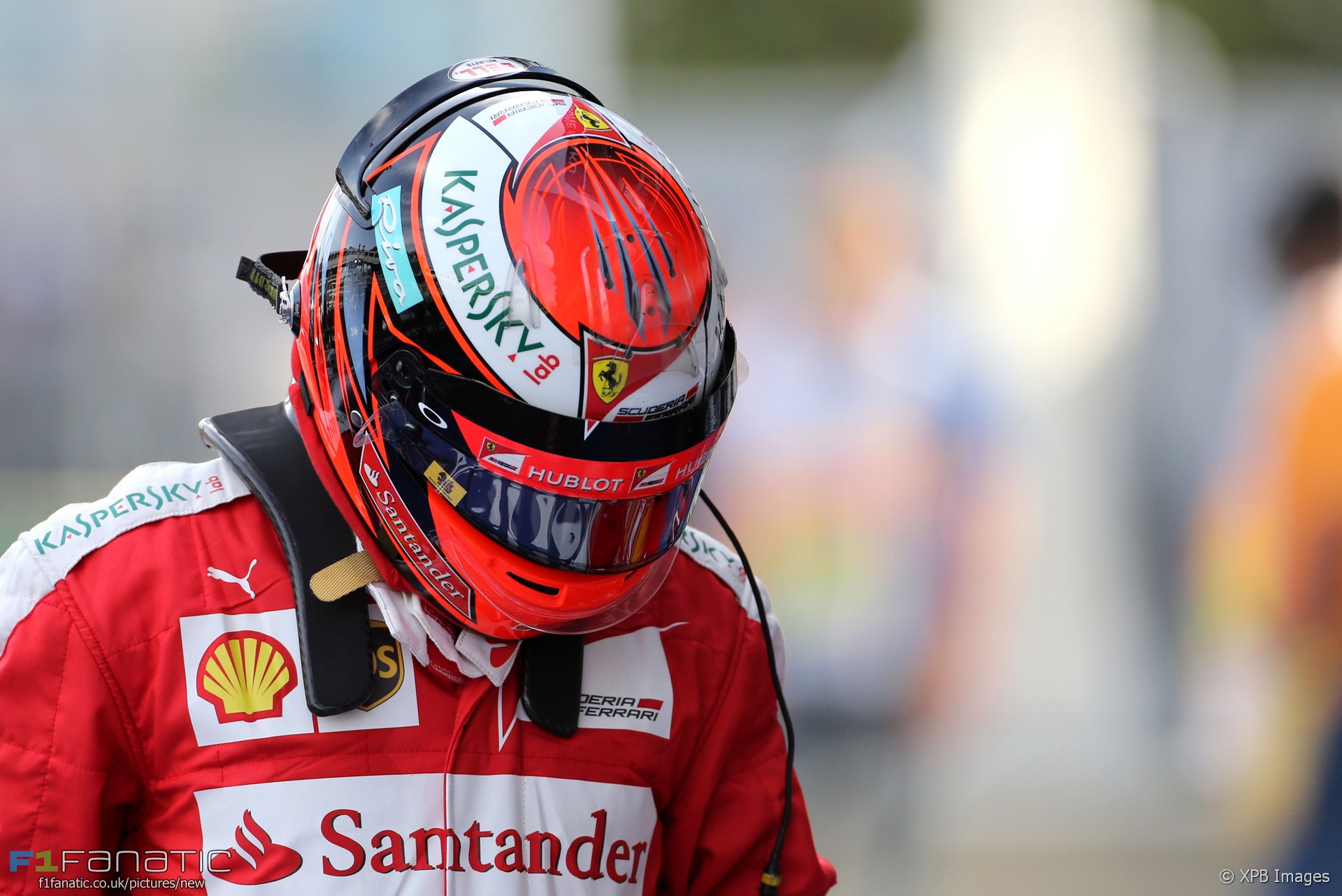 Kimi Raikkonen has been given two penalty points on his licence for failing to obey the rules regarding the pit lane entrance during the European Grand Prix.

Raikkonen was given a five-second time penalty during the race, which did not change his finishing position. He was also given two penalty points on his licence, giving him a total of five.

Ferrari team principal Maurizio Arrivabene said he had “no complaints for Kimi’s penalty: he was racing hard and overtook a lot of cars”.

44 comments on “Raikkonen given penalty points for pit entry violation”