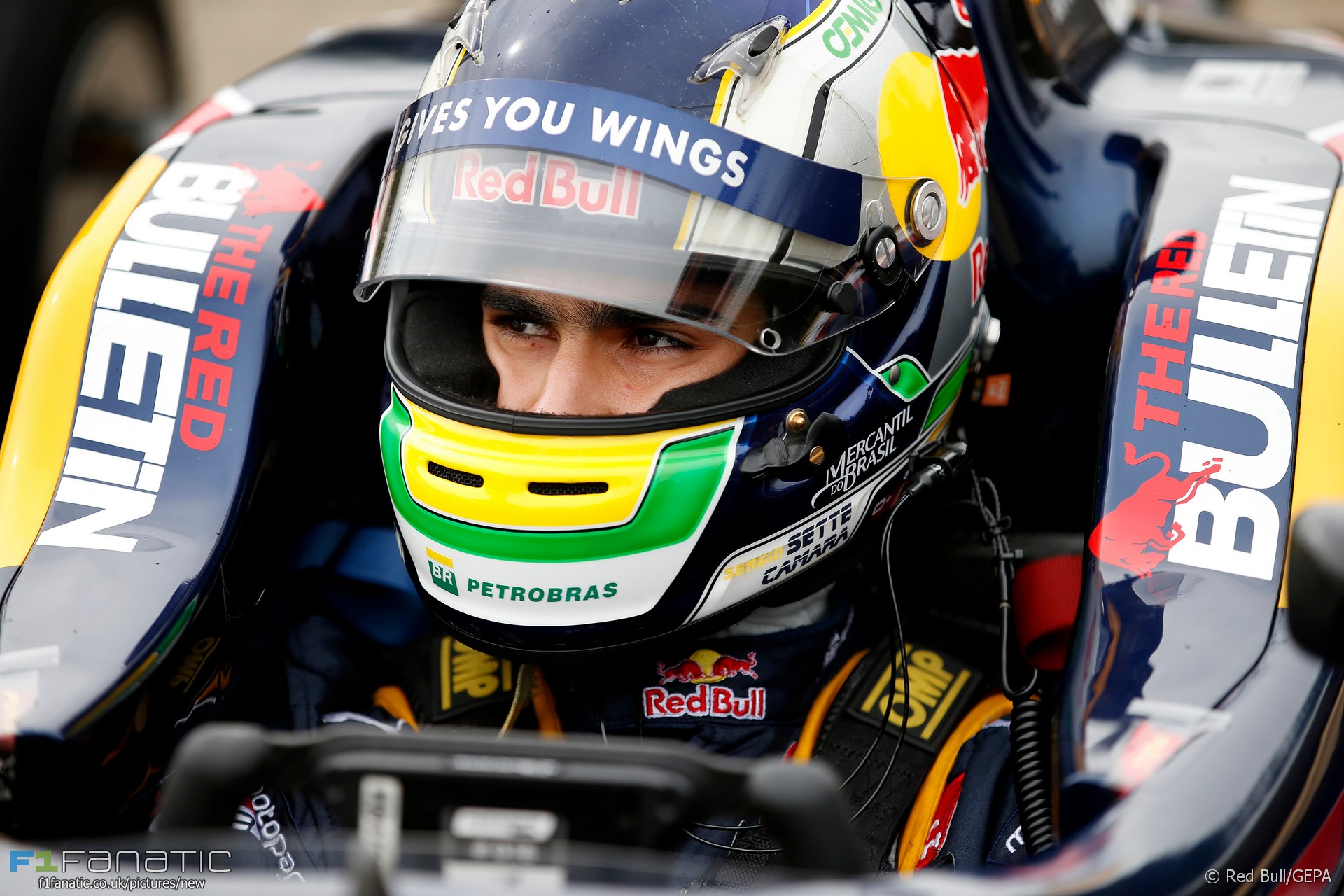 The Brazilian 18-year-old will drive the team’s STR11 chassis at the Silvertone test following the British Grand Prix.

Sette Camara became a member of Red Bull’s junior driver programme at the beginning of the season. He has already performed demonstration runs in a Red Bull F1 car.

“This will be my first official Formula One test and I will make sure I do the best job possible as well as have fun,” he said. “It’s not something that happens every day.”

“Silverstone is a great track which I know quite well as I’ve already driven there before, so this will definitely help me on the day to focus on the car and all the new information without having to learn a new layout at the same time.”

“I find it fascinating to see how these youngsters adapt,” said Toro Rosso team principal Franz Tost said, “not just to the extra power, downforce and braking of a Formula One car, but also how they react to the pressure of a day in the F1 spotlight.”

“It provides a valuable insight into how they might progress in the future. Therefore I am pleased to welcome Sérgio to our team for the day and I hope that it will be a mutually beneficial experience.”