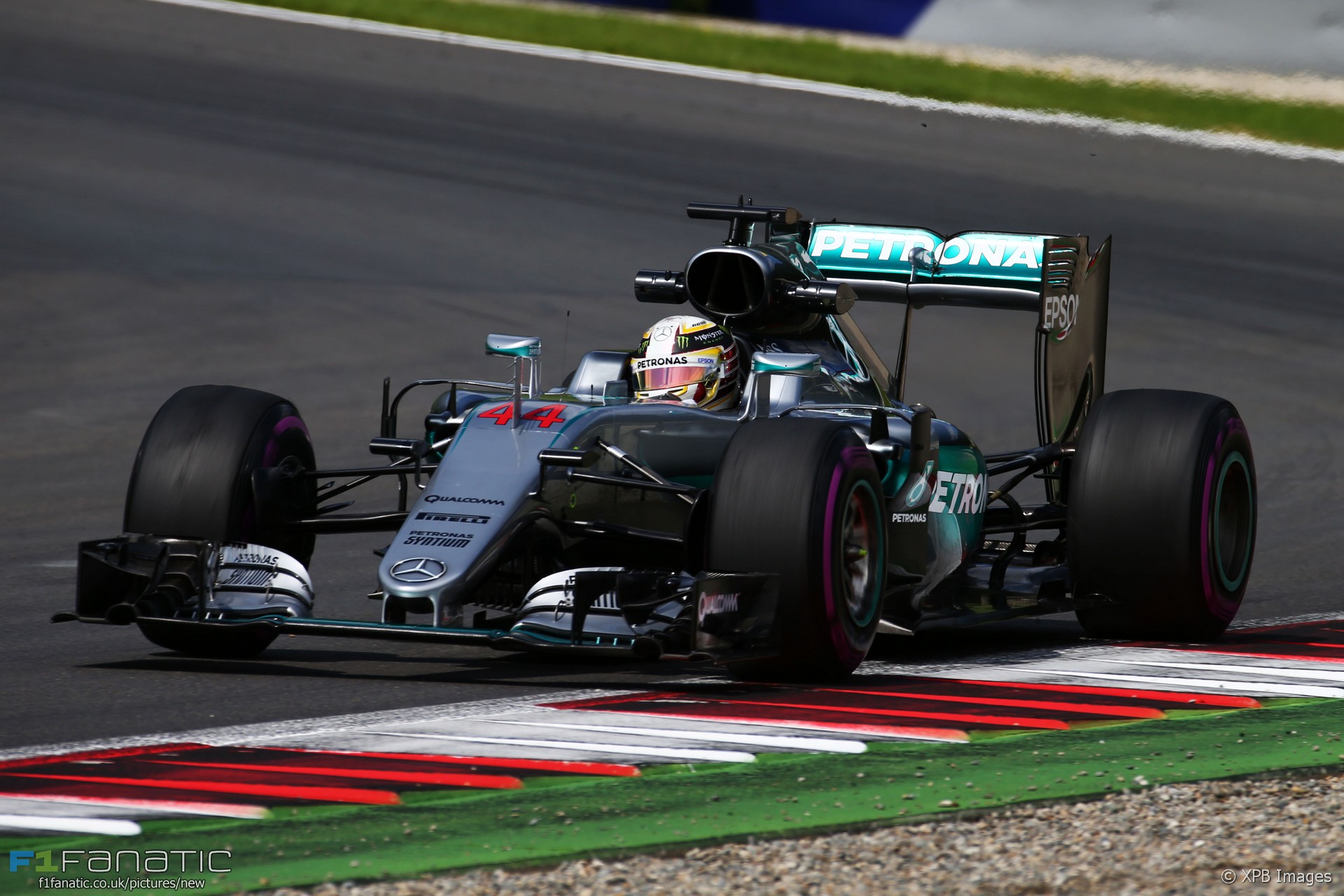 Rosberg made progress in the early phase of the race after pitting on lap ten to change onto the soft tyres, managing to jump ahead of Kimi Raikkonen and the Red Bulls and crucially team mate Hamilton, who had kept his ultrasoft tyres running for 21 laps.

Sebastian Vettel tried to stretch the stint on supersoft tyres for as long as possible, but his race ended as his right rear tyre exploded on the start finish straight, ending his race and deploying the safetycar. That set of tyres had run for 29 laps including three laps in qualifying.

Mercedes pulled away at the head of the field, trading fastest laps between them about one second per lap faster than the chasing pack.

Hamilton pitted again on lap 55, but made a mistake on his new soft tyres into turn two, running wide and losing time. Rosberg changed tyres onto the supersoft one lap later and crucially emerged just ahead, setting up a race to the finish. Hamilton was not impressed with his tyre selection, asking “why is he on a softer tyre than me?”

Hamilton closed in on Rosberg with three laps to go, forcing Rosberg to defend as his supersoft tyres started to wear. Hamilton got a run on Rosberg on the final lap and the two collided into turn two.

Rosberg’s front wing was damaged and limped home to fourth, unable to defend from Verstappen and Raikkonen behind.

Hamilton took the victory, saying “I was on the outside, it wasn’t me who crashed”

Behind the drama, Ricciardo switched to ultrasofts late in the race and passed Jenson Button to take fifth in the closing stages.

Grosjean managed to take seventh position and Sainz in eighth as they also extended their final stint on the soft tyre. Sergio Perez was on to finish ahead of Sainz, but crashed on the final lap. Valterri Bottas came home ninth behind them.