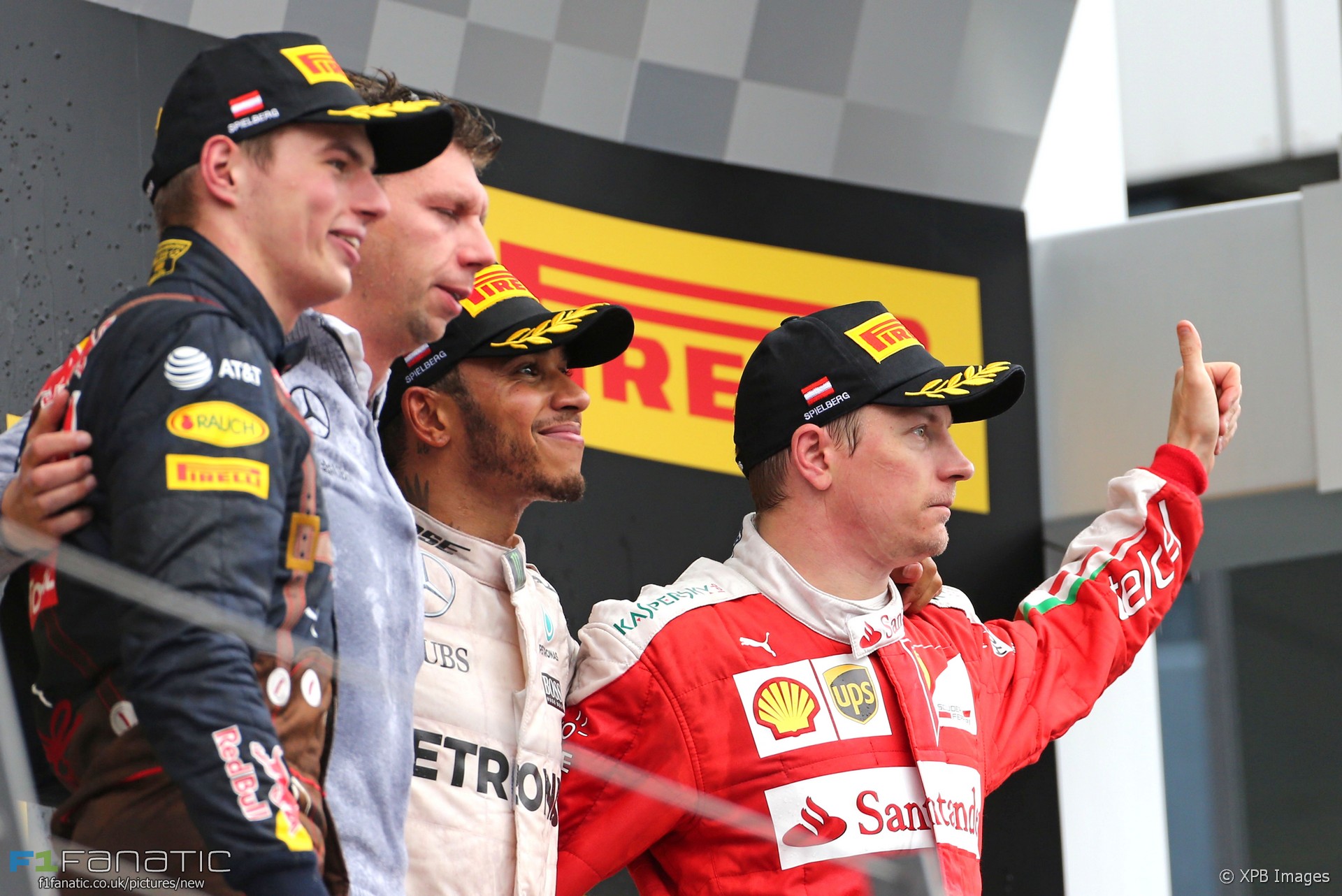 The third Austrian Grand Prix since F1 returned to the Red Bull Ring was undoubtedly the best so far, thanks largely due to an edge-of-the-seat contest between the two Mercedes drivers.

F1 Fanatic readers rated it the second-best race of the year so far, and gave the race a big thumbs up:

That race is why I watch F1, just had it all.
@geemac

So many times we bemoan the fact that a race ‘was great except for no battles up front’. Or we might get a tease for a lead battle that goes nowhere once dirty air gets factored in (see Verstappen-Raikkonen in Spain). For once we not only got that tease but did it ever deliver… a genuine last lap battle! Plus it turns the Hamilton-Rosberg rivalry up yet another notch: no complaints here!

Throw in the ‘Verstappen very old tyres’, ‘Overachieving McLaren/Haas’, and ‘Points for Manor!’ stories and I was thoroughly entertained.
@Nerrticus

Though not everyone was impressed:

One of the worst races this season. Apart from possibly a last lap race winner change the rest was anti-climatic, stale and DRS-driven.
Pennyroyal tea (@Peartree)

The outcome looked more settled until the mid-race Safety Car period which came about as a result of Sebastian Vettel’s misfortune:

I thought we are in for a rather boring second half but thankfully it wasn’t to be. It was also fun seeing Kimi Raikkonen battle with the Red Bulls.

There was of course a lot of strategy going on, maybe a bit too much sometimes, but I think it haven’t had a bad impact on the race. Though it wasn’t looking great when Mercedes stretched their legs in the second stint. They are still clearly ahead.
Michal (@michal2009b)

The first half of the race was OK, but the second half was very exciting especially the last few laps, so overall a decent race. A lot better than last year’s race for sure.
Jerejj

Looking beyond the race, one of the biggest disappointments of the race was the obvious drop in spectator numbers compared to last year. And some of those who did attend behaved unacceptably:

I liked the race, it was a fantastic scrap for the win. Sad DRS ruined a lot of it: the few laps we didn’t have it enabled were great.

Really annoyed by the booing and the post race interviews. The interviewer was rubbish, and the disrespectful crowd made it even more awkward.
@Fer-no65

Only thing that was really distasteful was the booing, I don’t care what happened, that’s, just disgusting. I am ashamed that the fans did that to Hamilton.
@Mike

49 comments on “Why boo that? Strong rating for suspenseful Austrian GP”