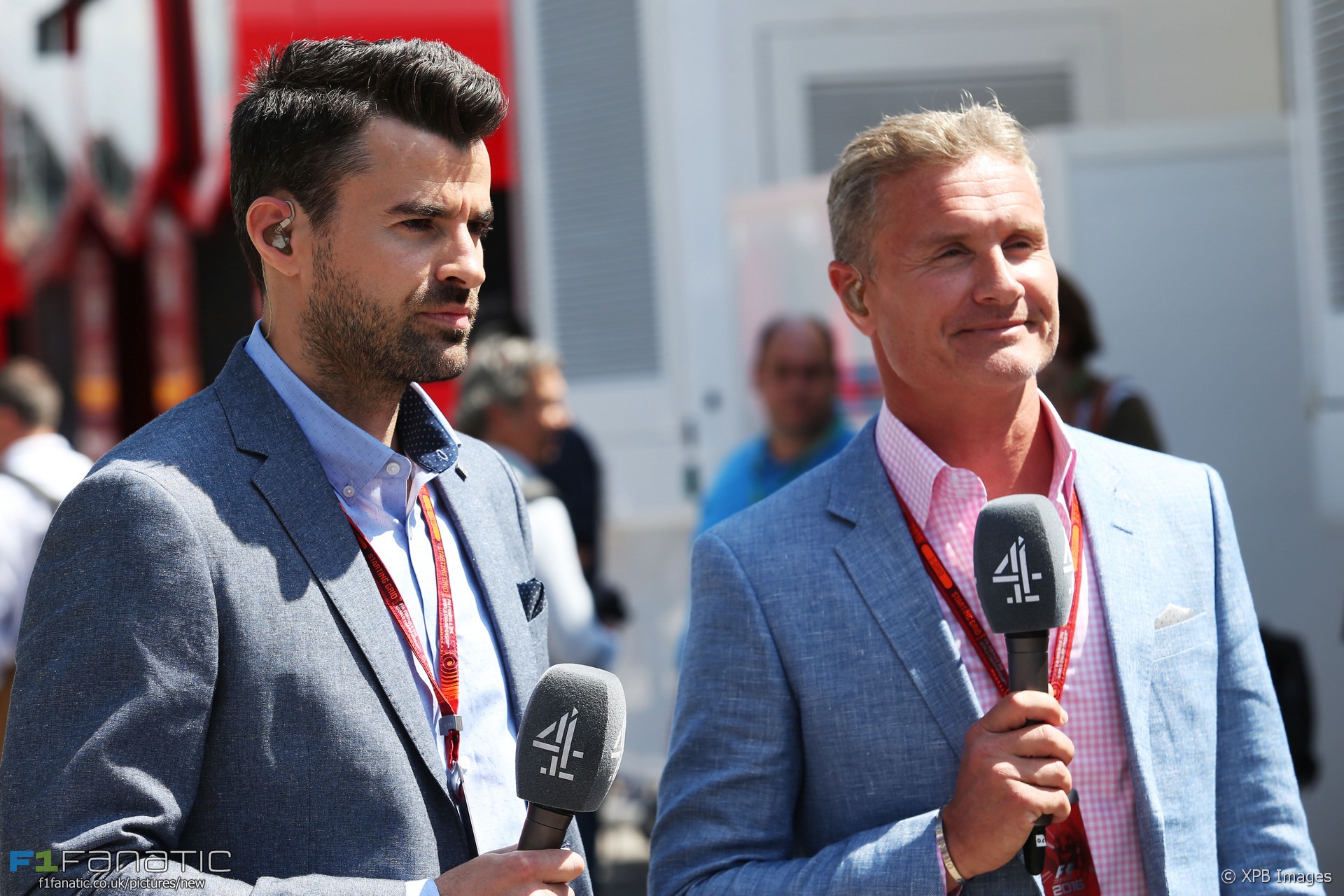 In the round-up: Murray Walker, the ‘voice of Formula One’ in the UK for decades, warns the sport’s popularity will suffer when free-to-air television coverage in Britain ends in 2019.

"Formula One is going to suffer. People who watch it casually and are able to do so with some live races and highlights as with Channel 4 now, are not going to be able to see Formula One at all."

"It’s just really stupid when some people can seemingly go four wheels off and get away with it."

"We got caught out twice by the same problem. We didn't have it before, so it might be something to do with the track here - it happened in the same place, at the end of the lap onto the main straight. If it happens in the race, we don't finish."

"Raikkonen believes Ferrari is struggling to get temperature into its tyres this weekend. 'We need to get more downforce to bolt the car to the ground.'"

"Unfortunately the damage was already done. People see that (the Lauda story) and they think it is true that I have lost my s***, and having come off the win it turns a whole positive into a negative.'"

"The new part doesn’t feel like it has any history, but as soon as you get onto the older stuff, such as Brooklands and Copse, it is just perfect. I hope that they will never change any of those."

"Obviously it's a circuit that is demanding on car efficiency, power, on everything. So far, we have been more or less consistent in the top 10 in all sessions, so that's positive news."

Ricciardo 'a little pissed off' to be beaten by Verstappen (Crash)

"Most of it was in the last chicane,” he confirmed. “I would say generally he was a little bit quicker there."

Daniel Ricciardo: 'The rush you get is awesome' (BBC)

"With overtaking, it is one of those ones, as a junior I felt I left so many races thinking: 'Aah, maybe I could have tried there. It probably wasn't there but maybe I could've.'"

"At the moment we are not looking to race here, but for sure I’m looking around to solve my situation,” he said. “First option is of course Formula 1, because I’ve been very involved in the past few years there."

Drivers briefing it was agreed with all drivers that turns 9,15,18 would be zero tolerance because those corners are where you get advantage

This track limit stuff is a disaster. We have sorted this in the @DTM the past 2 seasons and now it's not an issue. Sort it out @fia

Yesterday’s qualifying session left many frustrated at the unclear distinction between when drivers are and aren’t allowed to exceed track limits.

I do not blame the drivers for going out there and trying to get the fastest lap possible. It’s what they’re paid (or what they pay) to do after all.

I agree that running wide and gaining an advantage should result in a time deleted (or a penalty in a race situation), but I do not agree that it should only apply to select corners and only as and when the stewards choose to apply it. What we saw with Magnussen and Button was simply silly, and nobody knew what was going on.

We had a worrying amount of suspension failures last weekend thanks to oversized kerbs in an attempt to put drivers off going beyond the white line. Clearly that didn’t work. What we have at the moment at a lot of tracks where it is really easy to gain an advantage at certain corners clearly does not work either.

It’s a tricky debate to find some sort of reasonable solution to, especially when it is taken into account that it is not just F1 which goes to the likes of Silverstone, but pretty much every major British, European and world series. So whatever is on the exit of a corner must cater for everybody, but finding such a compromise clearly isn’t all that clear-cut.

I just want to see consistent, clear-cut rules which apply to every circuit and are enforced properly. It has been much better in the races in recent years but it is still questionable in qualifying, and today just highlighted that. It’s not just an F1-wide problem, but due to the car park nature of many of the modern circuits, it’s an issue in so many categories now.
Craig Woollard (@Craig-o)

Fernando Alonso pounced on problems for Red Bull to win the British Grand Prix today in 2011: