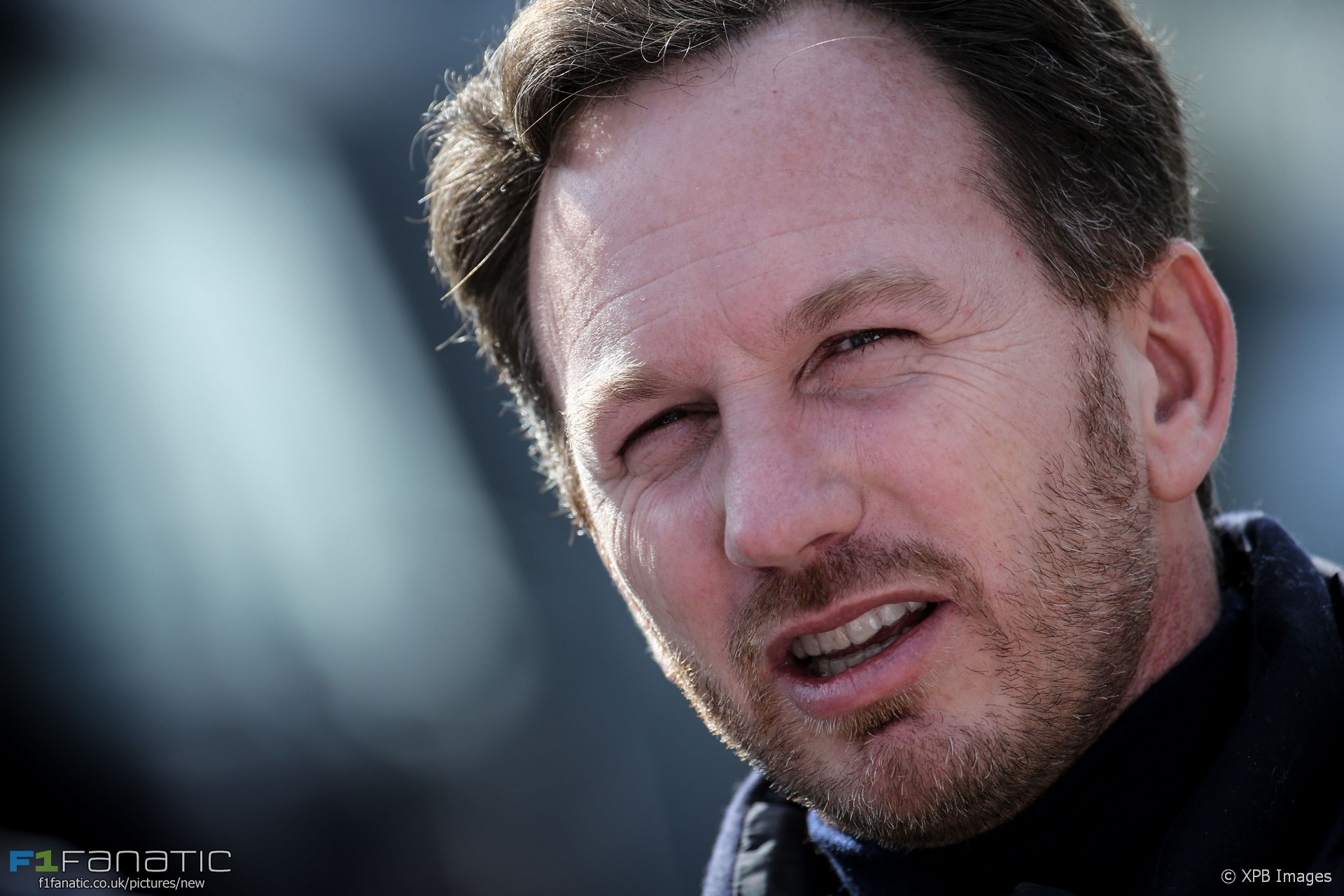 In the round-up: Christian Horner believes Nico Rosberg’s British Grand Prix penalty will lead more teams to break the radio rules because they will expect what they penalty will be.

"If it's just a five-second penalty or a reprimand, it's fair game for the rest of the year and there will be loads of messages that will take into account whether it's worth five seconds (added on) or not."

"If people really do object to us coaching the drivers, I can live with that. But helping them manage the systems? I really don't think that's a big problem."

"I would prefer there to be more research time taken to do the job properly rather than rushing something through that may have other consequences. I certainly wouldn't vote in favour of it."

"For us it was too early with the downforce level we have. You don’t expect to spin on a straight line with 250-300kph and you are on full throttle."

"There was a time where I couldn't even drive the car properly because you have to get out the way the whole time."

Hamilton wins British Grand Prix: 'One of the greatest laps of all time' (BBC)

"How did he explain his superiority there over Rosberg? 'Bigger balls'"

"After that low at Barcelona I was able to get a strong and positive mental attitude and that’s why I’ve won four races since thenand I plan to continue."

"I spoke to Charlie Whiting, the FIA race director, afterwards and he was open and clear that the decision was his alone, and that there were a lot of radio calls from drivers that we didn't hear on TV, such as Lewis asking to drop back from the Safety Car because he couldn't see."

"It wasn’t as if there was going to be any non-Mercedes competition either, for the fast sweeps of Silverstone exaggerated its usual advantage which is largely derived from its high-speed aerodynamics, enhanced here by a lot of wind tunnel developments: new guide vanes beneath the nose, changes to the sidepod, diffuser shape and rear wing endplates."

Very excited to announce my autobiography is out this November. Like the cover? #whatdoesntkillyou @transworldbooks pic.twitter.com/hagZ5XFKg0

An addition to yesterday’s Max Verstappen statistic from Dave:

Sainz has also managed to catch and pass Kvyat in the points standings despite Kvyat having a four-race head start in a faster car.
@Davef1

Nigel Mansell had to settle for second on the grid for his home race 30 years ago today as Williams team mate Nelson Piquet claimed pole position for the last F1 race at Brands Hatch.