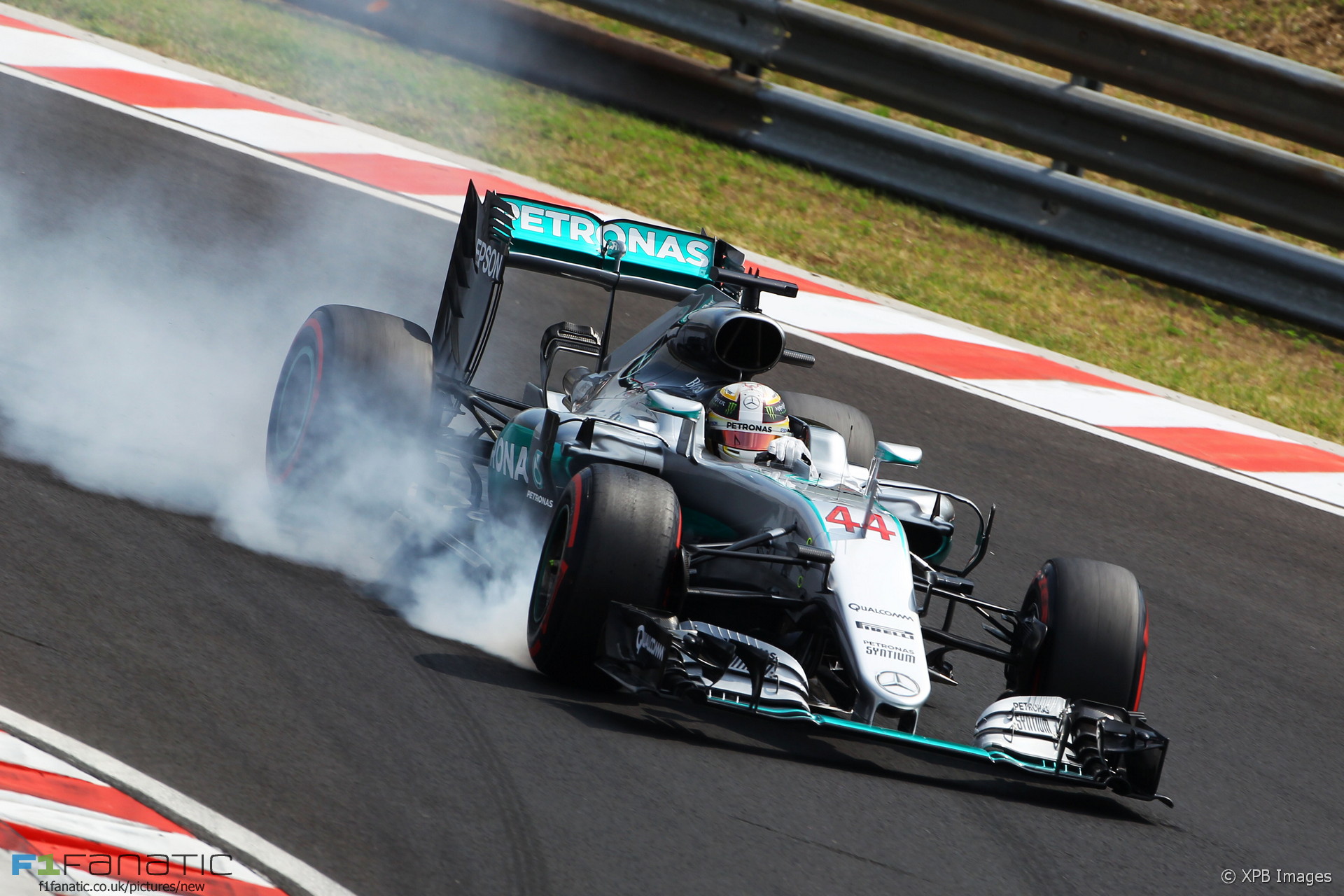 Mercedes weathered a rain-soaked qualifying session to lock out the front row of the grid for the sixth time this year. However they’ve only converted one of those into a one-two finish, and with the Red Bulls lurking Sunday may not be entirely straightforward.

The battle between the Mercedes drivers also promises to deliver much intrigue. Lewis Hamilton, second on the grid, has usually been the quicker of the two Mercedes this weekend but circumstances played against him in Q3, aiding Nico Rosberg’s bid for pole position.

As usual the start will be especially vital at a track where overtaking opportunities are limited. Last year Hamilton went off on the first lap of this race trying to pass his team mate.

The Hungaroring has one of the longest runs to the first corner of any track on the calendar: over 600 metres. An even slightly poor getaway could bring an especially severe punishment.

One consequence of the rain-hit qualifying session is that drivers now have more fresh sets of tyres to use in the race (see below). The likes of Kimi Raikkonen and Felipe Massa, followingto their problems in qualifying, have extra unused super-soft tyres to throw at their car which could be useful for a late blast after a helpfully-timed Safety Car period.

However it’s far from certain they will need slick tyres all the way tomorrow. The weather forecast for this weekend has been in a constant state of flux and further thunderstorms are possible tomorrow afternoon.

Is this going to be another Mercedes benefit?Can Red Bull fight for the victory in Hungary?

21 comments on “Hamilton has to fight from behind again”