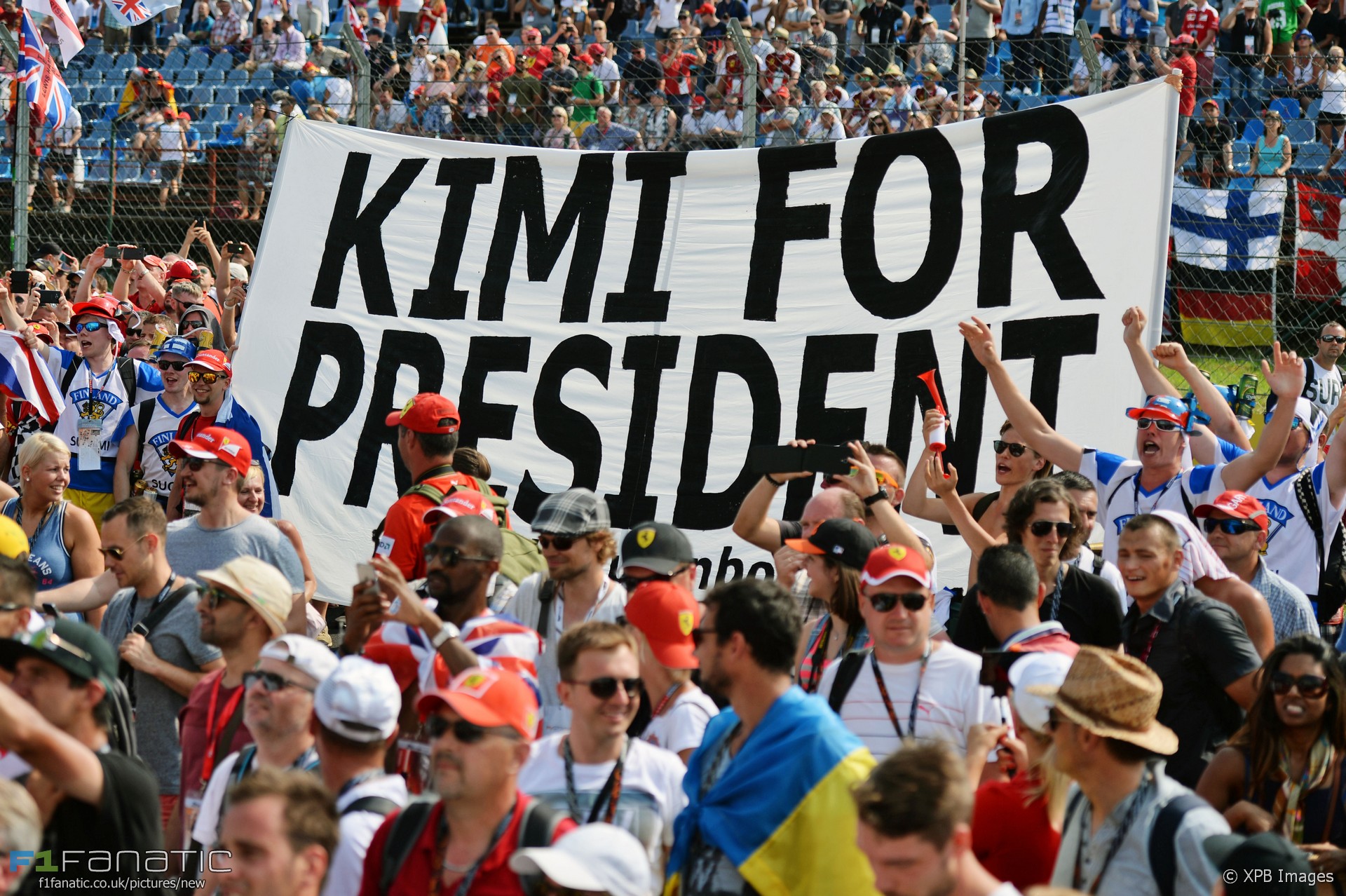 Ten of the best pictures which tell the story of the 2016 Hungarian Grand Prix weekend.

The circuit was hammered by rain during qualifying. Although the track dried out later Daniel Ricciardo got close to Mercedes’ qualifying times.

Q1 was repeatedly halted by red flags – one of which was caused by Rio Haryanto.

The track eventually dried out enough in qualifying for slicks to be used during Q3 – but Sergio Perez didn’t make it that far.

Nico Hulkenberg took ninth on the grid but dropped a place by the flag.

Ricciardo took the fight to the Mercedes pair at the start but was ultimately edged back into third by Rosberg.

Romain Grosjean almost got the Haas into Q3, but his weekend turned sour on race day as he dropped back with persistent handling trouble.

Kimi Raikkonen got ahead of Max Verstappen early on but the positions were reversed later in the race and. Not for the first time Raikkonen was infuriated by thy thoroughness with which Verstappen defended his position while the stewards were satisfied the Red Bull driver had respected the rules.

Another one for Hamilton’s mantelpiece.