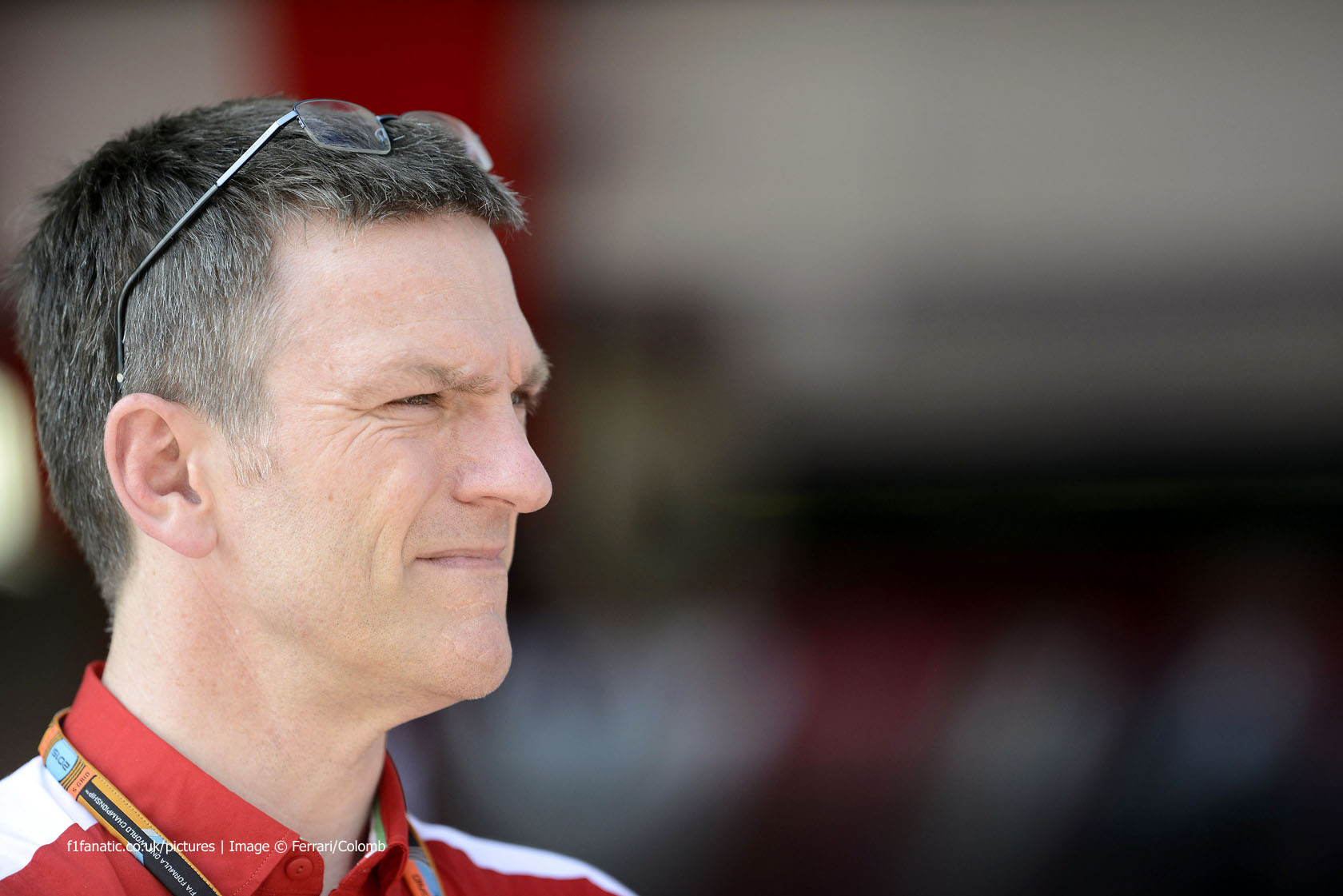 The Italian team announced Allison’s departure in a statement issued on Wednesday morning. Mattia Binotto has been appointed to the role of chief technical officer in his place.

“The team would like to thank James for his commitment and sacrifice during the time spent together, and wishes him success and serenity for his future endeavours,” said team principal Maurizio Arrivabene.

Allison joined Ferrari from Lotus in 2013 and was credited with his role in the team’s upswing in form during 2015. However earlier this year Allison suffered a personal blow following the sudden loss of his wife to meningitis in April.

“During the years I spent at Ferrari, at two different stages and covering different roles, I could get to know and appreciate the value of the team and of the people, women and men, which are part of it,” he said.

“I want to thank them all for the great professional and human experience we shared. I wish everybody a happy future with lots of success.”

Binotto is a long-serving member of the team whose background is in engine development rather than aerodynamics. He joined Ferrari in 1995 as an engineer for their test team’s engine programme. Two years later he switched to the race team, a position he remained in for a decade. He had risen to the role of chief operating officer for power unit at the time of Allison’s departure.