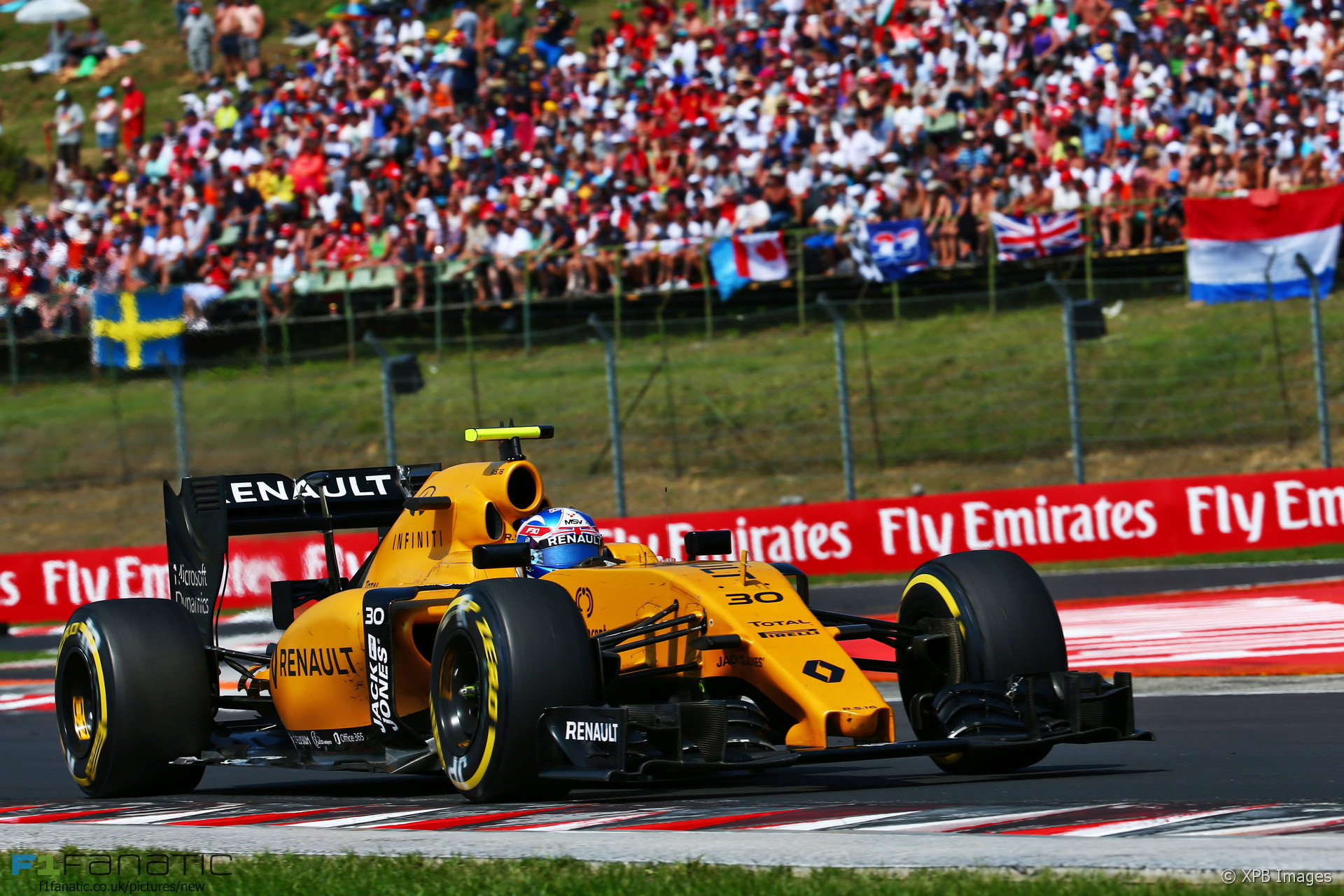 Jolyon Palmer believes he made a breakthrough in last weekend’s Hungarian Grand Prix despite the spin which potentially cost him his first F1 point.

The Renault driver said it was “painful to look back on” his error immediately after moving up to tenth place on lap 47. “I was well-placed in P10, I had the pace on those around me and I was driving really within myself,” he explained.

“I wasn’t exactly hanging anything out and hadn’t had any big moments, everything was under control but then I lost the car in turn four. It’s difficult for me to understand why.”

“I hadn’t experienced oversteer the whole race in that corner and then I turned in and lost the car completely. I had a massive snap and then I was pointing backwards.”

Palmer described his weekend as “perfect apart from that one corner”.

“It was easily my best race ever,” he said. “The strategy was really good. The pit stops fantastic. Everything came together.”

“The good news is that we didn’t luck into our performance, which shows we have the pace and can do it again. We’ve made a big breakthrough so I think it will carry on for another couple of races.”

“My first F1 points were there for the taking in Hungary and I didn’t take them. I’m very eager to redress that situation in Germany.”

17 comments on “Hungary was a “breakthrough” despite spin – Palmer”