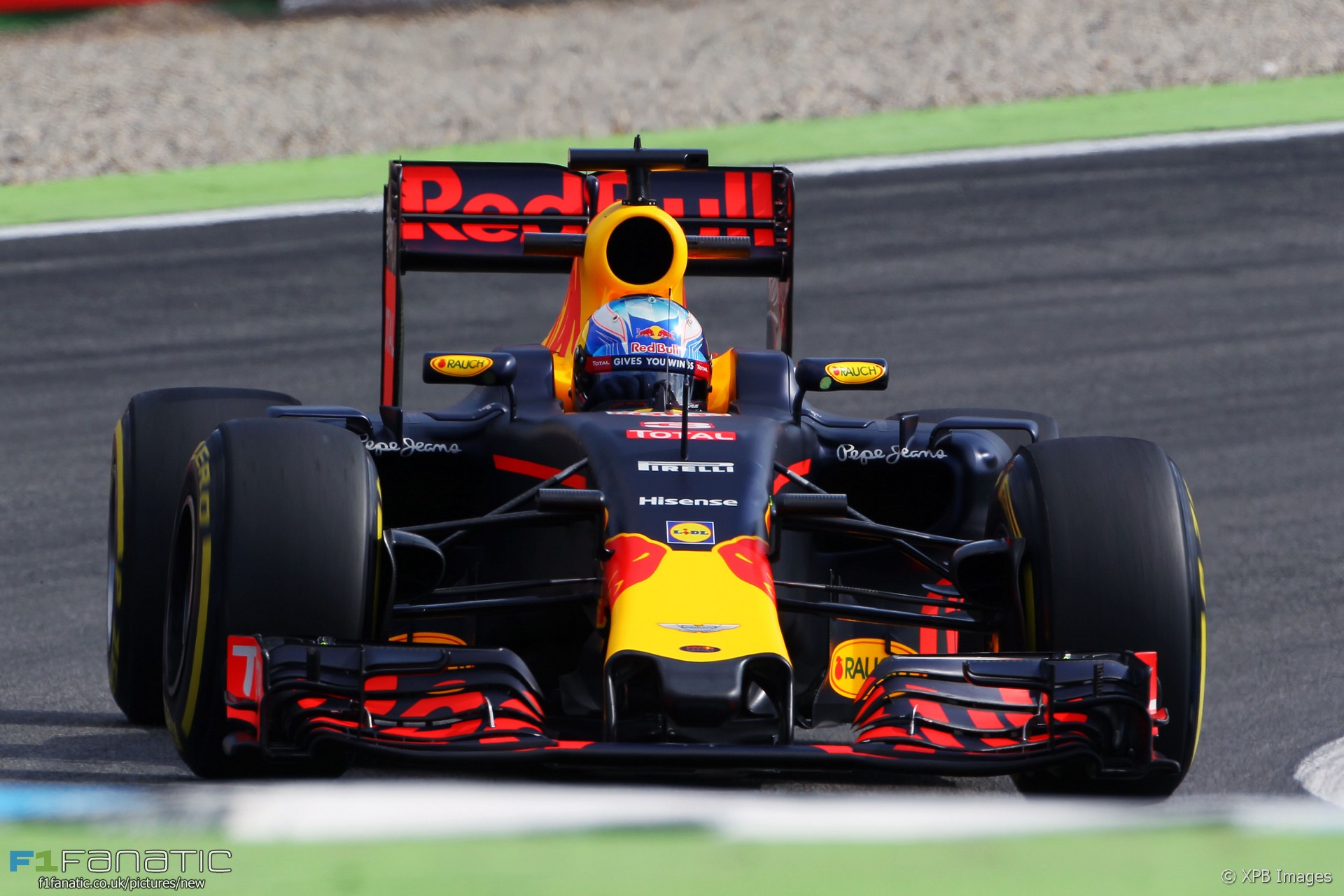 While Mercedes retain their usual edge in terms of one-lap performance Red Bull drew encouragement from their long-run pace at the Hockenheimring.

“We looked quite close to the Mercedes on high fuel so that was promising,” said Daniel Ricciardo after today’s practice sessions. “This afternoon’s race stint looked really good so if we can replicate what we did then on Sunday I think we can have a strong chance in the race.”

Ricciardo’s pace dropped by just two-tenths of a second over a 13-lap stint in the second practice session, better than either of the Mercedes drivers managed. But Red Bull’s ability to take on the silver cars could be hindered by the superior one-lap pace of the Ferraris, both of which have been quicker than them so far.

While Nico Rosberg led the way at Mercedes, Lewis Hamilton was taking extra care with track limits to avoid the risk of incurring a reprimand. If he incurs a third he will receive a ten-place grid penalty.

“There was a little bit of stress this afternoon with race direction concerning track limits at [turn one],” admitted Paddy Lowe, “particularly concerning Lewis’ position with two reprimands already to his name – so we compromised our programme somewhat to ensure that he avoided a third”.

Williams are wary of the threat posed by Force India this weekend, who have taken the unusual step of bringing more medium compound tyres than anyone else. While the quickest pit stop strategy is expected to involve one stint on super-softs followed by two on softs, could Force India be hoping to make a one-stop strategy work?

“I think we were the only team to run the medium compound today alongside the soft and super-soft, which allowed us to get a lot of data about each of the three different tyres,” said Sergio Perez. “The mediums are performing quite well, which is a bit of a welcome surprise.”

There was also finally some positive news for Sauber, as the revised rear wing introduced at Silverstone is now working as intended. “We tried the new rear wing again in FP1, and finally see the numbers we want to,” Marcus Ericsson confirmed.

“We will continue with our in-depth analysis, but it seems to be a step forward. We also plan to keep this rear wing for the rest of this weekend, which is a positive sign.”