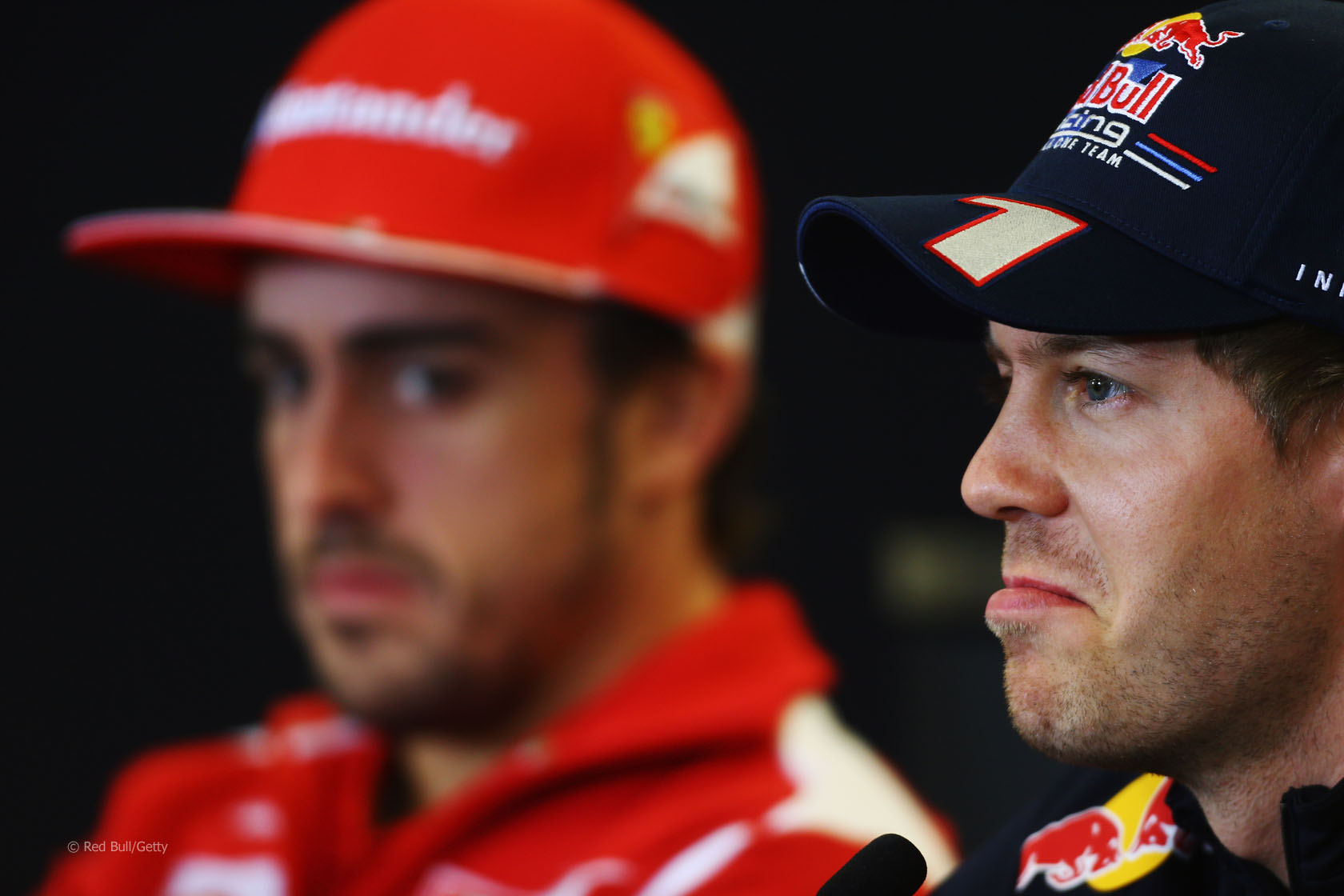 In the round-up: Fernando Alonso believes he could have been world champion instead of Sebastian Vettel in 2010 and 2012 with better luck.

"It's more maybe luck that would be nice to change, because with those two scenarios for example, with two safety cars or two accidents, I could be a four-time world champion now with Sebastian (Vettel) two."

"It’s a Swiss investment company as much as I understand. They seem pretty serious about it but I don’t know much more than that."

"CVC has made about US$4.5 billion (£3.5bn) on its initial US$1 billion stake, a 450 per cent return that is twice the average for private equity."

Why CVC Plans to Sell Its Formula 1 Stake (Bloomberg)

"It's been ten years, a private equity form typically only holds its investment for half that. CVC stuck around simply because it's been so incredibly lucrative for them."

Toro Rosso 'more of a team' after Verstappen (Autosport)

"Replacing Bruce, whose Cooper commitments at Monaco took precedence, he put McLaren’s M1A on pole for May’s opening round of the Canadian Sports Car Championship at Mont Tremblant – the twisting, tumbling circuit that would become his favourite – and romped to a two-lap victory once an early dice with the Chaparral of Hap Sharp ended when the American car’s drivetrain buckled."

"At the moment, I am in a smaller team but I still learn. I hope that when I get to go to a better team in a few years, I have the chance to fight for the world championship."

Congratulations and welcome to the grid @OconEsteban ! Very happy to have a new compatriot with me in @F1 ! #F1#R8G https://t.co/n6bkv5NMcN

Quick point on @OconEsteban: At the end of 2015 only six drivers had more @FIA #F1 superlicence points than him: https://t.co/4IqAGjfNjn

The former home of F1 and IndyCar in Brazil has been trashed to make way for the Olympics:

I’m currently in Brazil working here at the Olympics and I’ve been trying to get a feel for the old Jacarepaguá circuit on the Olympic site, but really there is no evidence that it ever existed, which is a real shame. Most people have no clue about the history of this place which is realistically now just a glorified car park.

I’m currently sat pretty much in the middle of the old Curva Sol corner which is now a temporary building. I can imagine that it was once a great setting here by the lagoon, but now its really devoid of character.
@Eurobrun

Jacques Villeneuve won the Hungarian Grand Prix 20 years ago today to keep his Williams team mate Damon Hill under pressure in the championship.