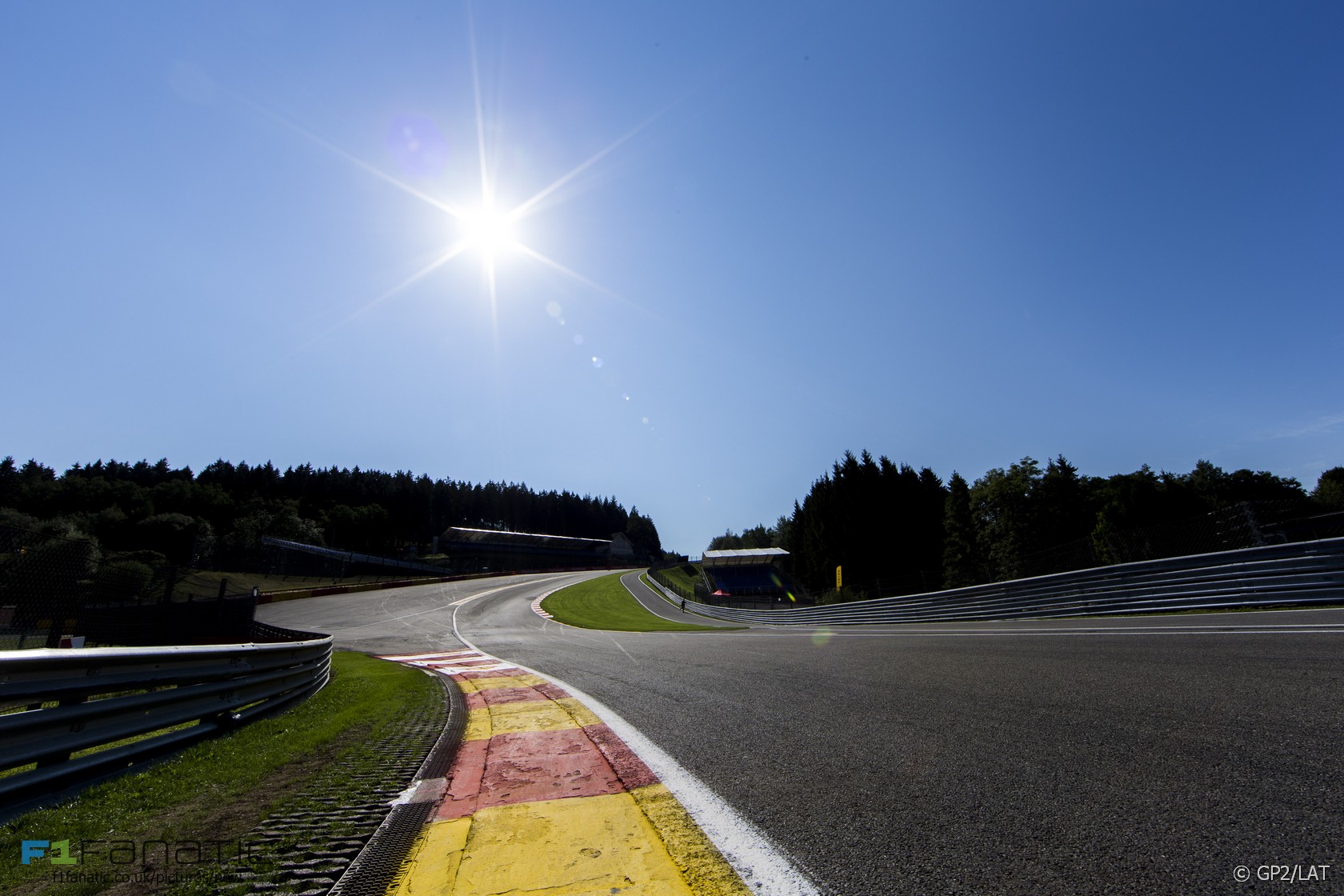 The seven-kilometre track is the longest in the sport today. Its long straights feed into a sequence of demanding high-speed corners which makes it a favourite of the drivers.

The twisting plunge and climb through Eau Rouge and Raidillon has long been considered among its best features. “Eau Rouge is one of those fabled corners that drivers and fans always talk about, but it really is that special” says Jenson Button. “The feeling of the sweep uphill through the corners is just awesome, every time.”

A well-judged renovation of the track in the early eighties transformed it from a monstrously fast relic of a layout into a use-able modern racing circuit. Since then it has largely resisted the ‘modernisation’ which has ruined other venues. However large asphalt run-offs have been installed at several points and could prove the scene of further wrangles of track limits this weekend.

A lap of Spa-Francorchamps

From the start/finish area drivers quickly arrive upon the sharp La Source hairpin. The sudden arrival of such a slow corner can cause problems on the first lap – such as the multi-car pile-up triggered by Romain Grosjean in 2012.

A good exit from the hairpin as vital as what follows can be the longest flat-out section in Formula One when Eau Rouge can be tackled without lifting. “The first lap you go through flat out, you feel sick,” admitted Grosjean, “like you’re on a rollercoaster because it goes up and down.”

“You’re thinking, will I make that for the race? But, once you’ve done it once, it’s all OK and you just enjoy the G-forces.”

As well as being taxing for the drivers and a fearsome place to have a crash, those forces put extreme demands on the cars as well. The compression can affect the lubricant and fuel systems and vibrations from the kerbs can weaken components.

“You have to take a lot of kerb and try to make a precise line going flat out in order to be able to scrub the least speed possible,” explains Esteban Gutierrez. Next the drivers hammer along the Kemmel straight towards Les Combes – a prime overtaking spot, though the fairly quick entry means drivers have to be committed to capture a position.

The approach to the right-handed Rivage hairpin is downhill and tricky with a bump at turn-in. Drivers have to be patient with the throttle at the long corner exit, and quickly switch to the other side of the track to prepare for the downhill left-hander which follows.

Another blast leads them to Pouhon, a fast downhill double-left which ranks alongside Eau Rouge in terms of the challenge to the drivers. Fagnes comes next, a quick right-left, followed by the important right-hander at Stavelot.

“The key is to get a good exit,” says Sainz, “It’s then all flat out from turn 15 until the last chicane, where you can also try and overtake”. Blanchimont may be taken flat-out but it deserves a mention as another of Spa’s dramatic and perilously quick corners.

The chicane, built in 2007, is less a pair of corners than a bad join between two lines and two surfaces. “The track goes upward and there are a few strange angles on the apex of the corners which makes the car move a little,” says Gutierrez, “but it’s important as you can gain a lot of time”.