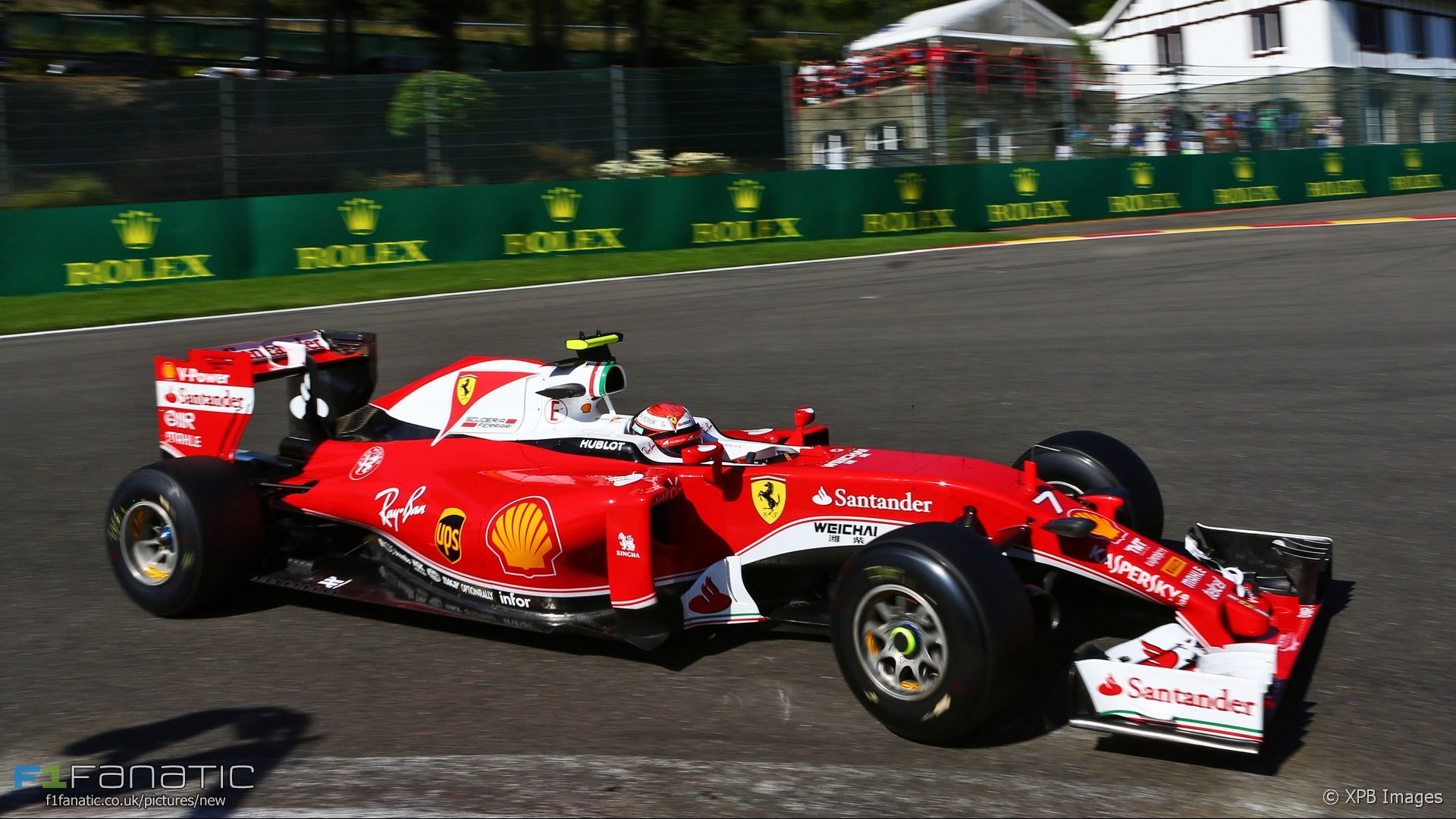 Kimi Raikkonen says he believes he had a chance to take pole position for the Belgian Grand Prix before a late mistake ended his chances.

The Ferrari driver qualified third on the grid but says he feels he had an opportunity to go for pole before a mistake at the Bus Stop cost him valuable time.

“Obviously in the last qualifying I went wide in the first try and that wasn’t ideal, but the second run was pretty good,” explains Raikkonen.

“But compared to my Q2 lap, I lost a few tenths in the last chicane, so obviously pole position was there, so it’s a bit disappointing because whilst we were close would’ve been nice to get it.”

With Lewis Hamilton starting from the back of the grid and Mercedes appearing to hold their usual advantage over Ferrari and Red Bull around the Spa-Francorchamps circuit, Raikkonen believes Ferrari may offer more of a challenge this weekend.

“Tomorrow is the race and I think comparing to the previous few races we have to be satisfied where we are after qualifying,” says Raikkonen. “But until we’re at the front we cannot be too happy.”