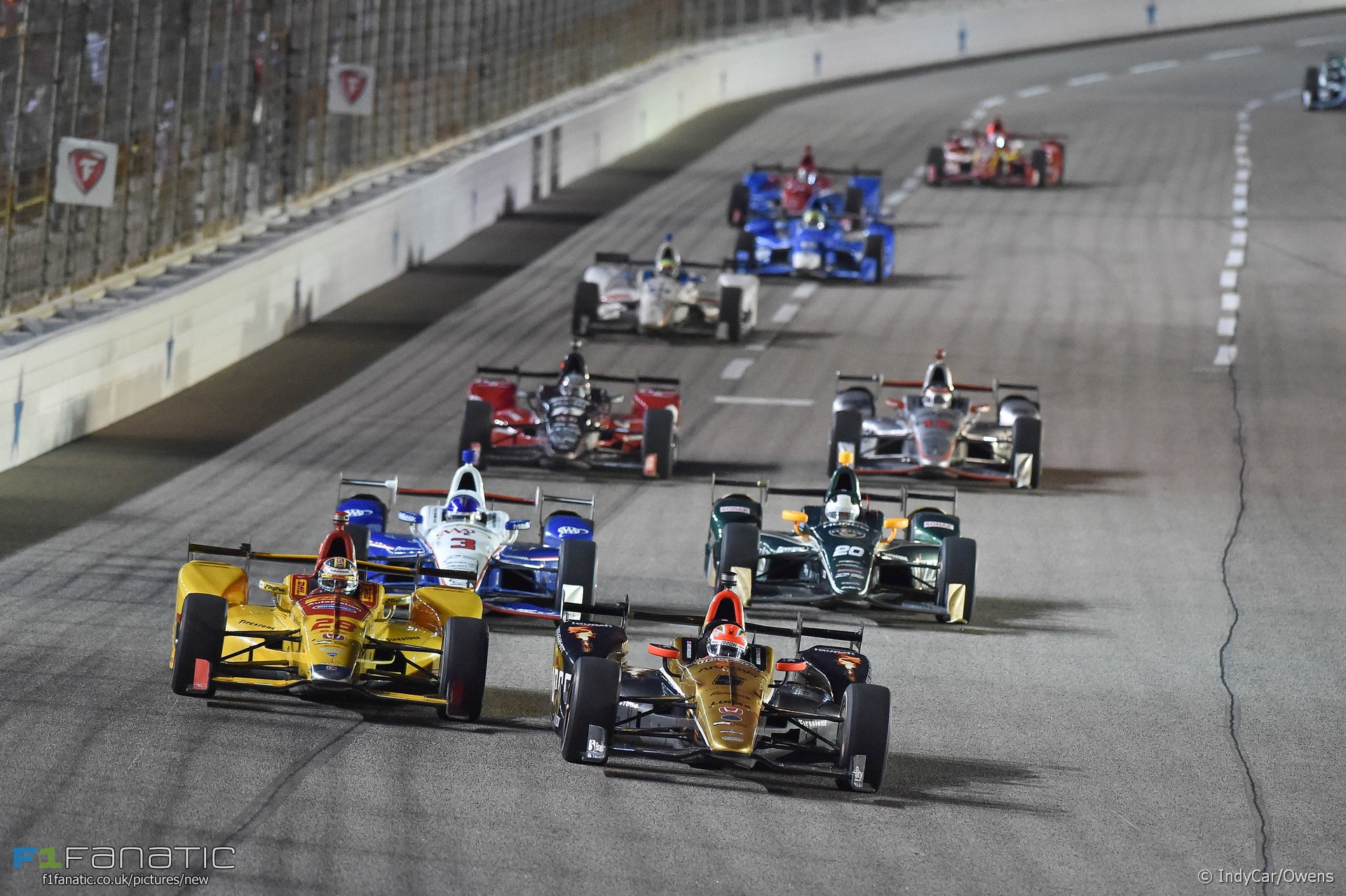 The Indycar race at Texas Motorsport that started on 12th June but was delayed until 27th August due to rain after just 71 laps, produced the closest ever finish in the circuit’s history.

Elsewhere the British Touring Car Championship title battle closed up yet further with just six races to go, NASCAR produced a maiden winner and a milestone was reached in the V8 Supercars.

The race that originally started on 12th June but was delayed due to rain was finally completed over the weekend, with Graham Rahal winning in what was the closest finish ever seen in the IndyCar series at Texas Motor Speedway.

James Hinchcliffe led from the restart on lap 74 and it went green for nearly 140 laps, the first caution of the day caused by Ed Carpenter and Scott Dixon colliding, sending the reigning champion into the barriers. Carpenter continued on in second but crashed himself a handful of laps later, while just nine laps from the flag Mikhail Aleshin collected Jack Hawksworth and produced the final yellow.

Hinchcliffe led the final restart from Tony Kanaan, Rahal and championship leader Simon Pagenaud, with the lead two wheel-to-wheel for most of the final five laps. Come the last tour however the pair separated, and Rahal snuck around the outside of Kanaan at turn two, and the inside of Hinchcliffe at turn three to win by a eight-thousandths of a second.

On Monday IndyCar ran the Pocono 500 which was also delayed by 24 hours due to rain. The race proved a heart-breaker for last year’s winner Ryan Hunter-Reay.

Having started last following a crash in practice the Andretti Autosport driver raced his way to first within 50 laps of the 200-lap race. He remained in the thick of the fight for victory until the closing laps, when a brief loss of power forced him into the pits, only for his engine to re-fire. Having fallen near the tail of the field once again he impressively recovered to take third place.

Victory for Will Power after a close scrap with pole sitter Mikhail Aleshin meant he closed on team mate and championship leader Simon Pagenaud, who crashed out.

A wet qualifying session spelled disaster for championship leader Sam Tordoff and his West Surrey Racing BMW team as they could only manage 25th, 26th and 27th on the grid of thirty-one cars due to technical faults caused by the wet weather. However Tordoff produced a pair of stunning drives to maintain a championship lead of five points over Matt Neal with two rounds to go.

Gordon Shedden led from pole in the opener with Mat Jackson and Jason Plato following him behind in second, while Tordoff stormed from 27th to tenth. Chaos at the start of race two then opened the door for Tordoff to sweep through. Jackson, the Subaru pair of Plato and Colin Turkington, Jack Goff and the fast starting MG of Josh Cook tangled at the turn two hairpin, resulting in damage for all cars but with only Plato forced to retire. Shedden maintained the lead from Jackson, Andrew Jordan and Tordoff, but the BMW driver was clearly quicker and picked them off one-by-one to claim an unlikely victory.

In the final contest of the day Aron Smith was drawn on reverse grid pole position ahead of Matt Neal, but the championship contender slipped back – as had become expected over the day – because he was running the hard tyres for race three. Smith held on to become the twelfth different winner of the season – a new BTCC record – ahead of Shedden who fought through from tenth, and Turkington who started fifteenth, while Neal was relived to finish fourth as championship leader Tordoff slipped out of the points, also running the hard tyre.

Race video highlights not available yet. Users in some regions may be able to watch highlights here.

Round 24 of 36: Michigan International Speedway

Kyle Larson swept to his maiden Sprint Cup Series victory in the Pure Michigan 400 after nailing the final caution period, and in doing so becomes the first driver from both the NASCAR driver diversity and NASCAR next programmes to win a race.

Larson took the lead after a relatively quiet race by NASCAR standards on lap 126 after getting the jump on Chase Elliot at a restart. He then endured a slow stop however and slipped back behind his rival, and re-joined in fourth. Larson fought back to second when a final caution appeared with thirteen laps to go, putting him right on Elliot’s tail. As the race restarted with nine to go, Larson got the jump on Elliot and led through to the flag for his first victory.

A 100th career victory for Jamie Whincup in the second race at the Eastern Creek circuit allowed him to maintain his championship lead over race one winner SHane van Gisbergen.

Nico Rosberg won the Belgian Grand Prix from pole position ahead of Daniel Ricciardo while Lewis Hamilton benefited from a safety car and red flag to finish on the podium from the back row of the grid.

A win and a sixth for Charles Leclerc boosted his advantage in the GP3 standings to 22 points. Jack Aitken claimed his first win in the second race.

Which of the weekends racing did you catch, and did you enjoy it? Or did you see anything that we’ve missed? Let us know in the comments below.

We’ve got a packed weekend of racing action coming up. While Formula One heads to Monza, supported by GP2 and GP3, the World Endurance Championship makes its return to Mexico City’s Autodromo Hermanos Rodriguez.

The IndyCar season is building to a climax with its return to the former F1 venue Watkins Glen in New York State for the penultimate round. Also in the States NASCAR continues at Darlington.

And if that’s not enough the World Rallycross championship will compete in France and the World Touring Cars are off to Japan’s Motegi circuit.