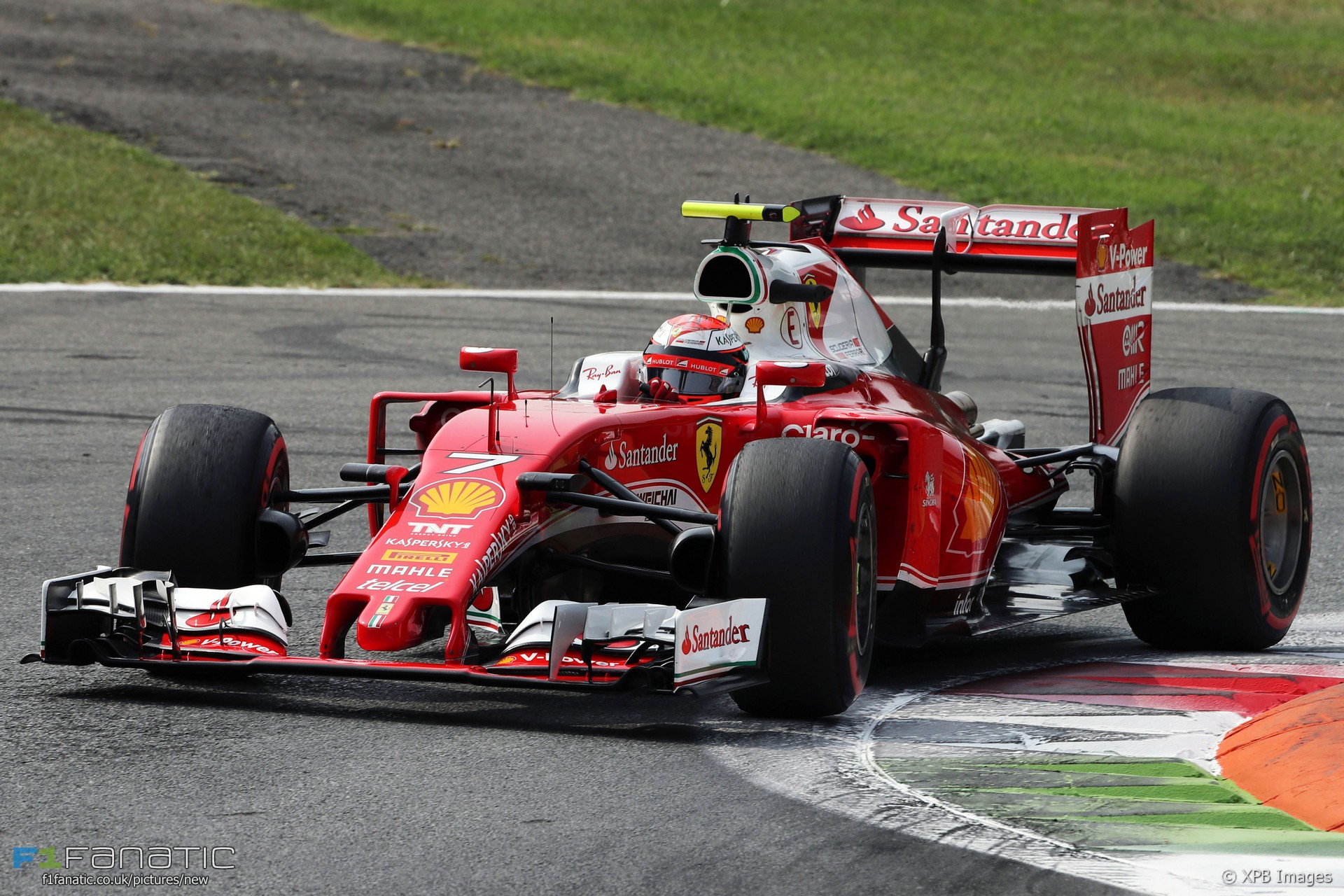 Theoretically, there is one realistic way Ferrari could snatch a home victory from the Mercedes drivers, despite the silver cars’ 0.8s advantage in qualifying.

Rapid starts have been a strength of the SF16-H since the season began and the 600 metre-plus run to turn one at Monza is of the longest of the season. If the red cars can launch past the silver ones – perhaps aided by the softer tyres they will have on at the start – that could give them the whip hand on strategy. With similar top speeds Mercedes would be hard-pressed to overtake on Monza’s long straights.

As the Spanish Grand Prix demonstrated, when a team has both its cars in the lead and is under pressure from a rival team, the impulse to split strategies between their drivers to preserve a victory can leave them vulnerable to being jumped in the pits. But as the race is expected to be a one-stopper, Ferrari standa better than average chance of keeping at least one of its two cars ahead.

It’s a slim hope, however. Firstly it rests upon their drivers making Melbourne-style starts again. But the tyre situation weakens Ferrari’s position even further.

By setting their fastest times on the soft tyres in Q2, Mercedes will be starting the race on tyres which should last several laps longer. It’s striking that to them this is so clearly a superior strategy that neither of their drivers opted to use the super-softs in the hope of claiming an advantage over their championship rival.

In the event that Ferrari do get both of their cars ahead at the start, Mercedes could most likely extend their first stint long enough that they could see off a Ferrari counter-attack even though their rivals would benefit from the ‘undercut’.

The tyre rules, therefore, have again served only to increase Mercedes’ existing advantage.

Even the prospects for a fight between the Mercedes drivers seem slim. Lewis Hamilton has been substantially quicker than Nico Rosberg all weekend, as he was last year and the year before that. Although he flat-spotted one of the tyres he will start the race on he does not believe it is significantly damaged.

It all points towards a continuation of the type of race seen at Spa and predicted during the summer break: Mercedes easily asserting themselves over rivals whose thoughts have already turned to next year. A re-run of the second half of 2013, but with Mercedes taking the role of Red Bull.

Speaking of Red Bull, their expectation that this would be their worst race of the second half of the season is being borne out. Not only were they out-qualified by both Ferraris, but the Williams of Valtteri Bottas too.

The second Williams went out in Q2; Felipe Massa seems to have begun his retirement early. However he will take ‘new tyre pole’ just behind the two Force Indias, so the Grove team have a good chance of reclaiming the fourth place in the constructors’ championship they lost to their rivals at Spa.

Can you see any way for Ferrari to beat Mercedes at home? Will Esteban Gutierrez finally score his first points of the season?