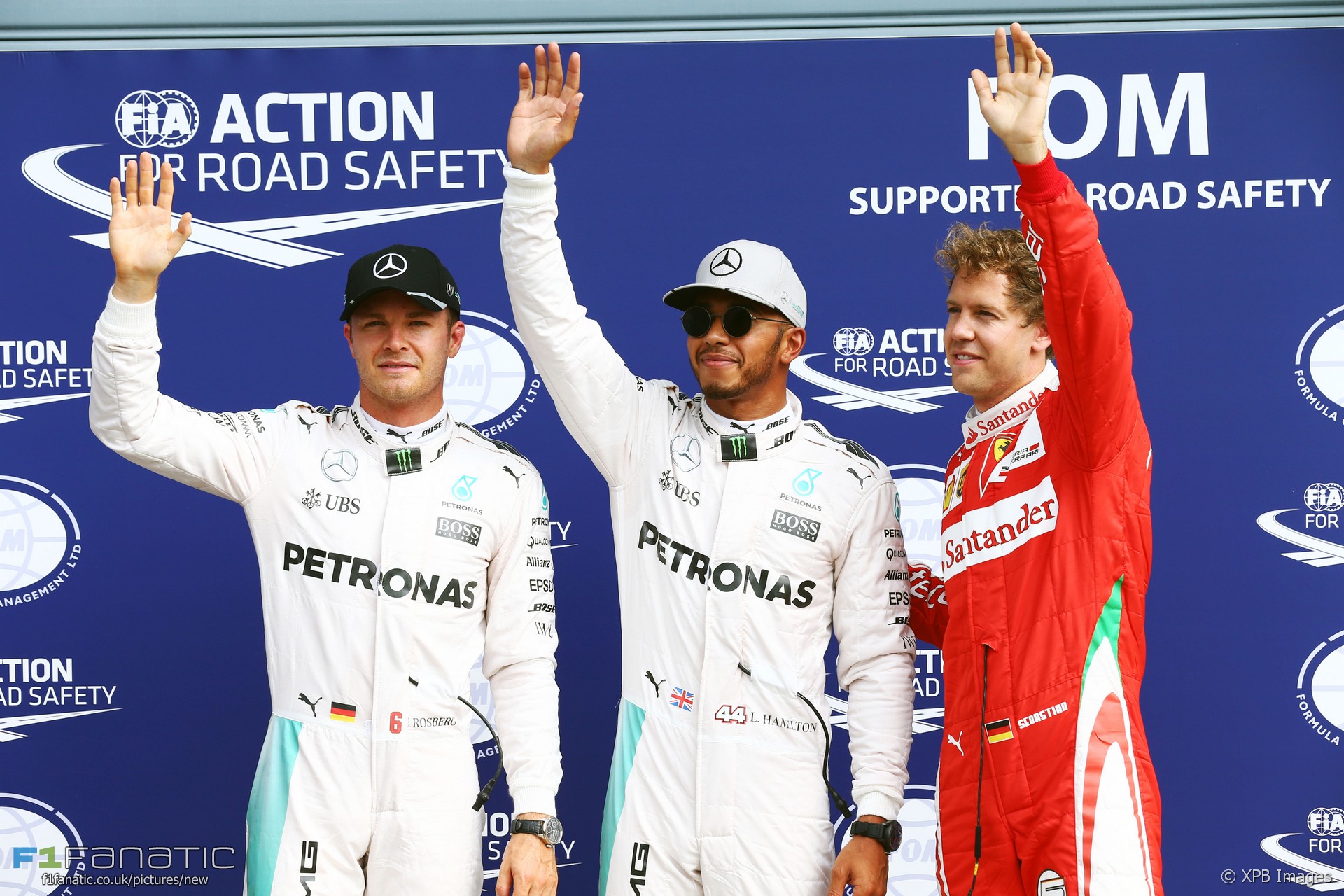 Sebastian Vettel believes Mercedes won’t have as large a performance advantage in the Italian Grand Prix as they did during qualifying.

The gap between Ferrari and Mercedes at Monza has grown from 0.2 seconds last season to 0.8 seconds this year. But Vettel suspects some of that can be explained by the extra power available to the Mercedes drivers in their qualifying engine modes.

“We’re not happy that we are further behind than last year,” Vettel admitted.

“I think we were happy all weekend but in quali, here and there, I think it could have been a bit better. So there’s a little bit in that.”

“If you look at the compares, it’s not a big surprise in qualifying, Mercedes seems able to turn it up probably a little bit more. So for the race that does come down because they can’t run – I hope they can’t run – those engine modes for the whole race. I think it’s partly explained by that.”

Ferrari president Sergio Marchionne appeared at the track today and said his team had “failed” with its development of the SF16-H this year. Vettel said Marchionne was “realistic” about the team’s situation.

“I think he knew, going into qualifying, that we’re not the favourites but it’s something everyone in the team is up for and willing to change.”

“The way you need to look at it is not that we get smashed by Mercedes. I think the way we need to look at it first of all, and it is a question of respect, is to say that they do a very good job, they’ve strung a very strong team together. Both drivers are hardly making any mistakes, they are really clean every weekend and if we can be behind that, that’s a positive because the level is very high.”

“Obviously it’s not satisfying for us, for anyone going from our president to us at the track, to all the people in the factory but as I said, I think what we need to do and what we know is our biggest strength is to do what we can do and rely on what we have.”

“I think we know we need to improve for the future and that’s what we target, every single one and for tomorrow, as I said the target is clear and of course you always aim for the highest, otherwise what’s the point of going on the grid if you think that you can’t win. But you have to be realistic as well, saying that they are the favourites but we’ll try to give them a very very hard time.”