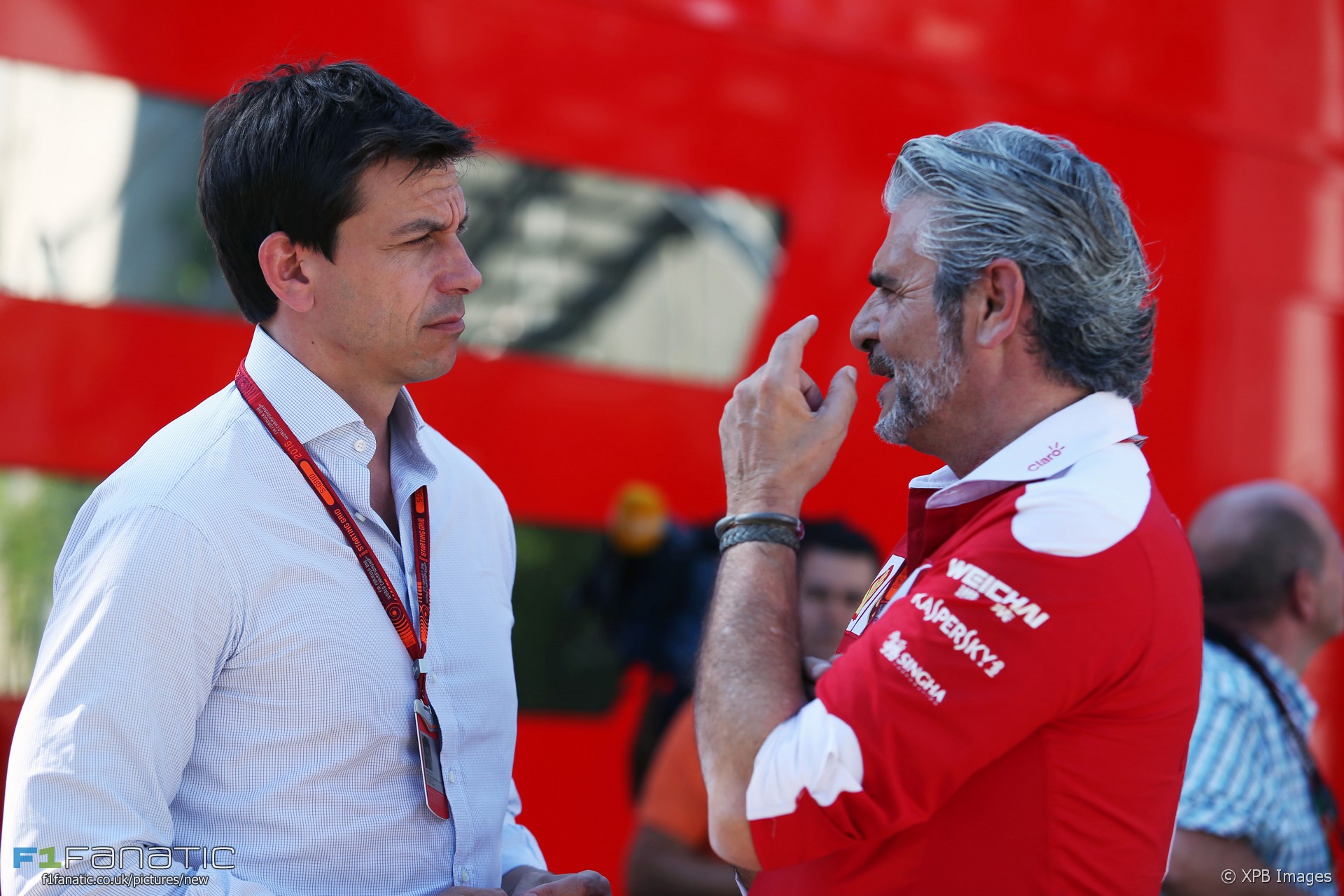 Bernie Ecclestone continues to claim Mercedes have given assistance to Ferrari, stating in an interview the world champions gave “a lot of information” to their Italian rivals.

“I think they wanted to see Ferrari be a little bit more competitive,” said Ecclestone, “better at beating other people down the field, and Ferrari was happy to get the information it got. Because it got a lot of information from Mercedes.”

Wolff denied the claim when speaking to the official Formula One website last week. “Bernie always says that we’ve helped them – but not enough,” he said. “Of course we didn’t.”

However in the same interview Ecclestone said: “Everything in this business is about rumours. Toto says that Mercedes didn’t help Ferrari, so they didn’t give any help – obviously. Because he is saying the truth.”

“What I am saying is what I have heard. And it’s good that they helped them. I’d say they should have helped them a little more.”

Jordan also asked Ecclestone whether he enjoyed “causing aggravation”. Ecclestone replied: “If somebody says, ‘You like putting out fires,’ and I say, ‘It’s not a case of liking it, but I do put them out, and if there aren’t fires left I make them, so I can put them out.’ It’s what we do.”