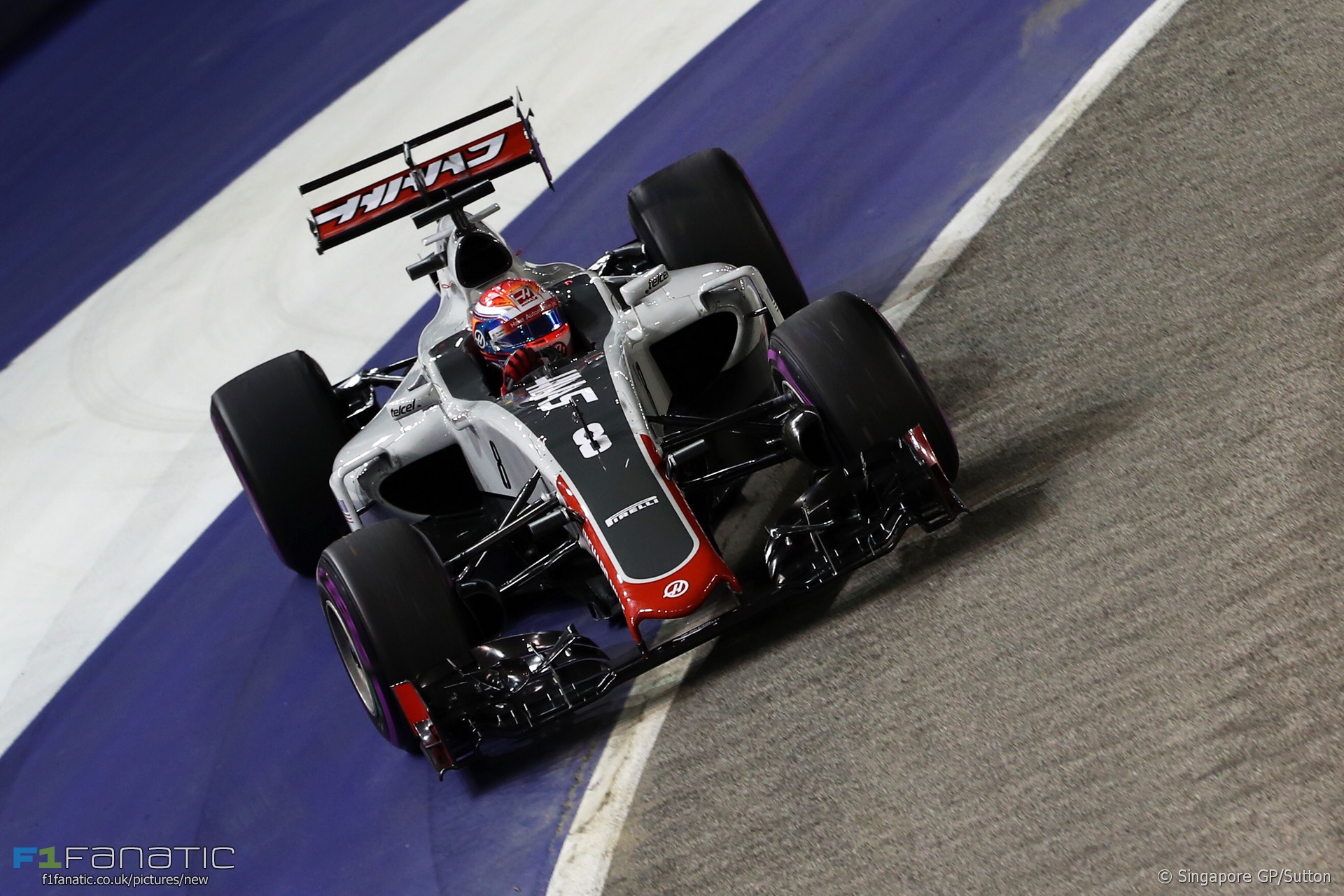 A dejected Romain Grosjean admitted he is on the back foot after a series of setbacks in practice on Friday in Singapore.

The Haas driver managed just two laps in the opening session at the Marina Bay circuit due to an engine inlet air leak which required an engine change.

During the second session he spun into the barriers, damaging his car’s rear wing, floor and suspension, bringing an end to his day’s running.

“It was the worst Friday you could imagine for us,” said Grosjean afterwards. “I didn’t get a lap in this morning, and then we had some issues this afternoon that we need to solve.”

Having only managed a dozen laps Grosjean is also concerned about how quick Haas will be at this circuit. “There was just no performance,” he said. “It’s a very bad way to start one of the most difficult grand prix of the year.”

“When you have new parts on the car, you normally want to do as much running as possible to learn and to find the balance,” said team principal Guenther Steiner.

“We’re a little behind in our program today, but hopefully we can make up for it tomorrow in FP3.”

14 comments on “Grosjean suffers “the worst Friday you could imagine””