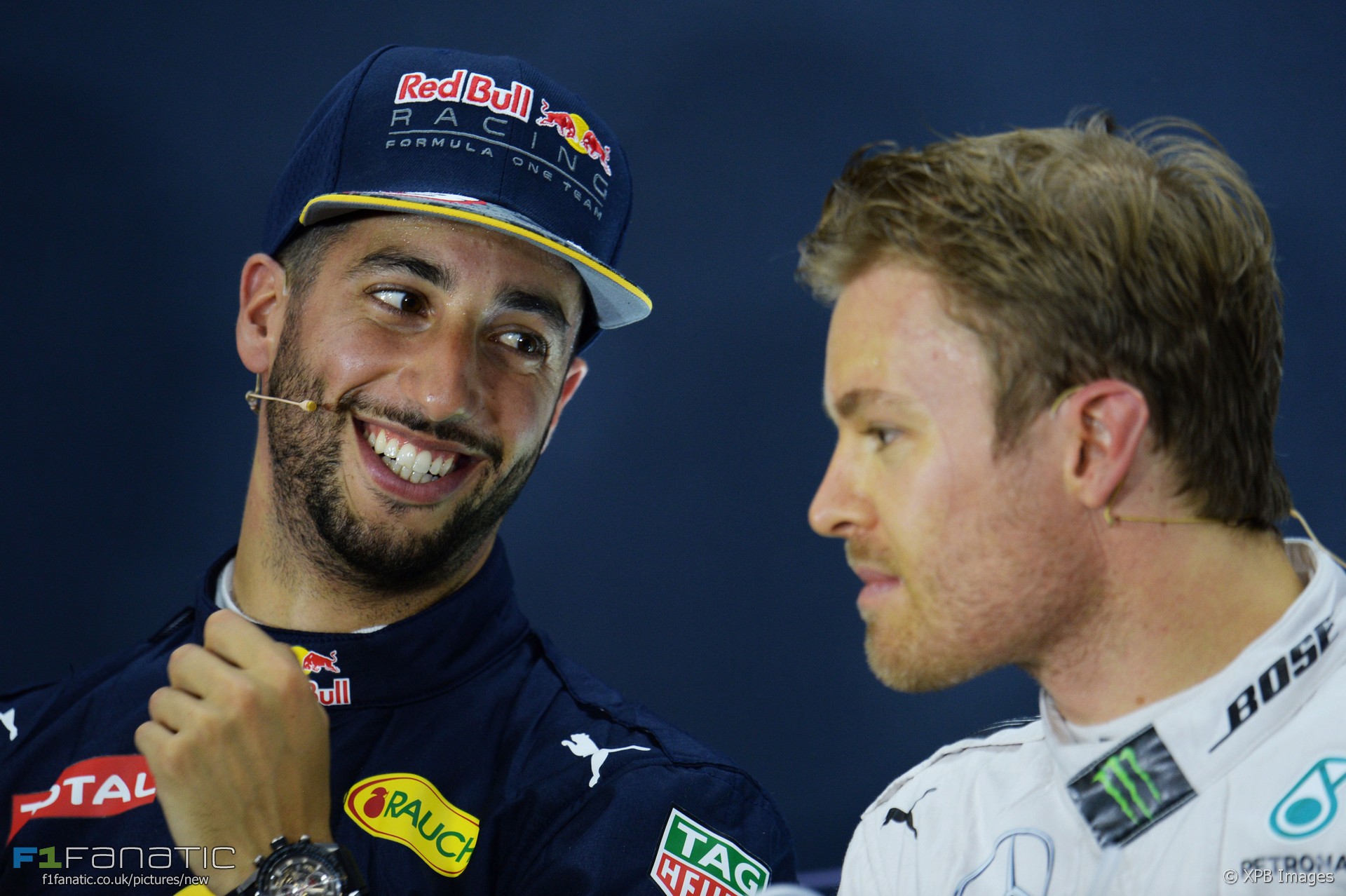 In the round-up: Daniel Ricciardo tips Nico Rosberg to win the championship.

"Ricciardo, who shared the podium with the Mercedes pair in Singapore, also joked that the silences between the title rivals can be somewhat awkward after the race."

"If you look at our budget, and you look at the budgets of the three teams in front of us, we're a minimum of 200 million a year difference."

"Stroll has also now moved into some work experiencing an older spec F1 car, a Williams FW36 in between his F3 racing."

"I think that was just referring to the set-up, that does not refer to the car in general because the car two weeks ago was pretty good. A car doesn't fall apart in two weeks."

"Extra drainage slots have been cut so I don't think we're going to be in trouble."

Eric Boullier: Stoffel Vandoorne will grow up beating the best in Formula One (ESPN)

"I think in Bahrain when he stepped in he showed everybody he was ready to race in Formula One."

Ocon: No rivalry with Wehrlein (Crash)

"He's (Wehrlein) a great driver, he has been really quick all season. I got a lot to learn from him."

"Our policy is that we don’t want to associate ourselves with active drivers or players."

I spied a little at @WilliamsRacing. Always have to keep an eye on the opposition!! 😂 #tbt #f1spy pic.twitter.com/GYMdKgX9F2

Alex believes a takeover of Silverstone by Jonathan Palmer’s MSV could be good for the circuit:

I like going to Silverstone because it’s Silverstone. I like standing on the inside of Copse and thinking of Clark, Rindt, Lauda, everyone. But Silverstone is very arrogant.

Obviously it’s not the same as a Snetterton or Oulton Park, covering so much land and with so many secondary businesses. Even operationally, the number of marshal’s posts, recovery crews, photographers, having two paddocks and pits in use makes things hard to run.

Drivers, riders and even the MSA used to complain about the run off at Barn corner at Cadwell. The previous owners said there was nothing to be done because that part of the track is actually Crown land. After MSV bought the circuit that barrier was pushed back as far as it would go.

Dr Palmer might look at the hospitality at Woodcote and say these are a disgrace and demolish them. He might find somewhere for marshals to sign on that has reliable electricity.
Alex Brown (@Splittimes)

The only four-wheel-drive F1 victory occured on this day 55 years ago, albeit it in a non-championship race. Stirling Moss won the non-championship Oulton Park Gold Cup driving a Ferguson P99:

37 comments on “Rosberg will beat Hamilton to title – Ricciardo”