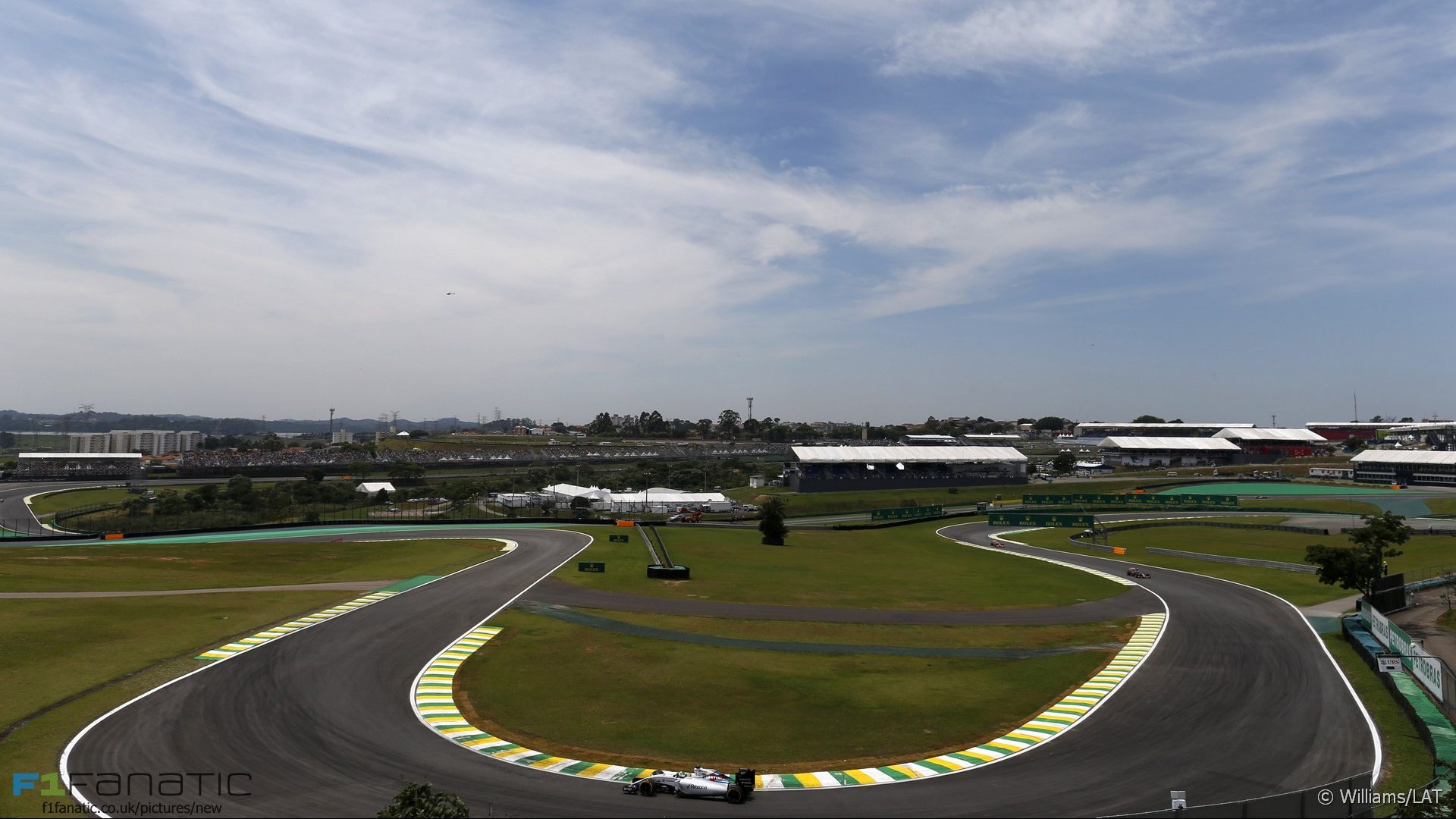 Felipe Massa is concerned Brazil’s round of the world championship could disappear from F1 as Germany’s race did last year.

A provisional 2017 F1 calendar issued by the FIA yesterday noted the Brazilian round was ‘subject to confirmation’.

Massa, who will retire from F1 at the end of the season, said it is “very difficult to answer in a proper way” whether the threat to his country’s race was serious.

“We’re just racing and we don’t know what’s happened behind the contracts,” said the Williams driver. “Sometimes you just see some pressures over a country because maybe something’s not working like Bernie [Ecclestone], or who decides, is thinking. We know that we always have pressures around.”

Massa said Brazil’s economic problems may be behind the doubt over the race.

“It’s not nice, definitely,” he said. “Brazil is part of this sport, it’s part of Formula One since a very long time. So it would be really disappointing to lose a race in Brazil, even if I will not be there.”

“I will be supporting my country for maybe new Brazilian drivers. So I know the situation in Brazil is not really easy for the moment economically so this is maybe some facts around this. But you never know, maybe this is just some pressure but maybe this can happen like we saw last year in Germany.”

“I hope it will not happen to Sao Paulo, Interlagos is also one of the most fun and great races to watch. I hope the best for them, for my country, for Brazil.”