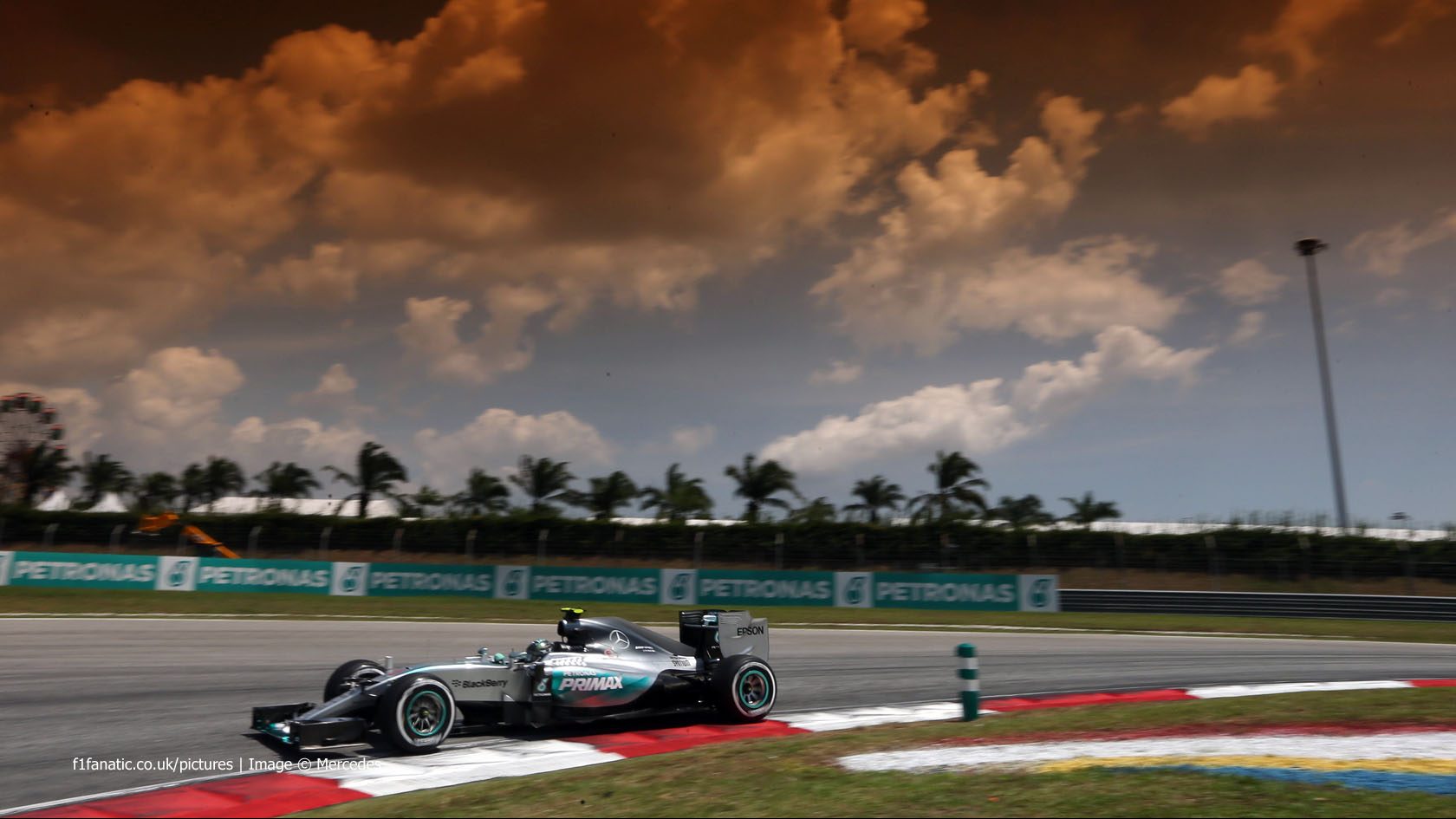 The Malaysian Grand Prix has moved closer to its original calendar slot this year, but the change in dates is unlikely to have a significant effect on the weather.

Nearby Kuala Lumpur sees slightly fewer rainy days in September than April, when the race was previously held. The first two Malaysian Grands Prix were held in October, both in dry conditions.

However the general picture remains familiar: high heat, humidity and a threat of thunderstorms, albeit a slightly reduced one. These convective thunderstorms tend to occur in the late morning and early afternoon. Note that the race start time is 3pm, two hours earlier than qualifying.

With temperatures frequently exceeding 30C and a fresh, dark layer of asphalt covering the track, we could see some particularly high surface temperatures this weekend. They peaked at a scorching 61C last year.

See the location of every race on the 2016 F1 calendar here: