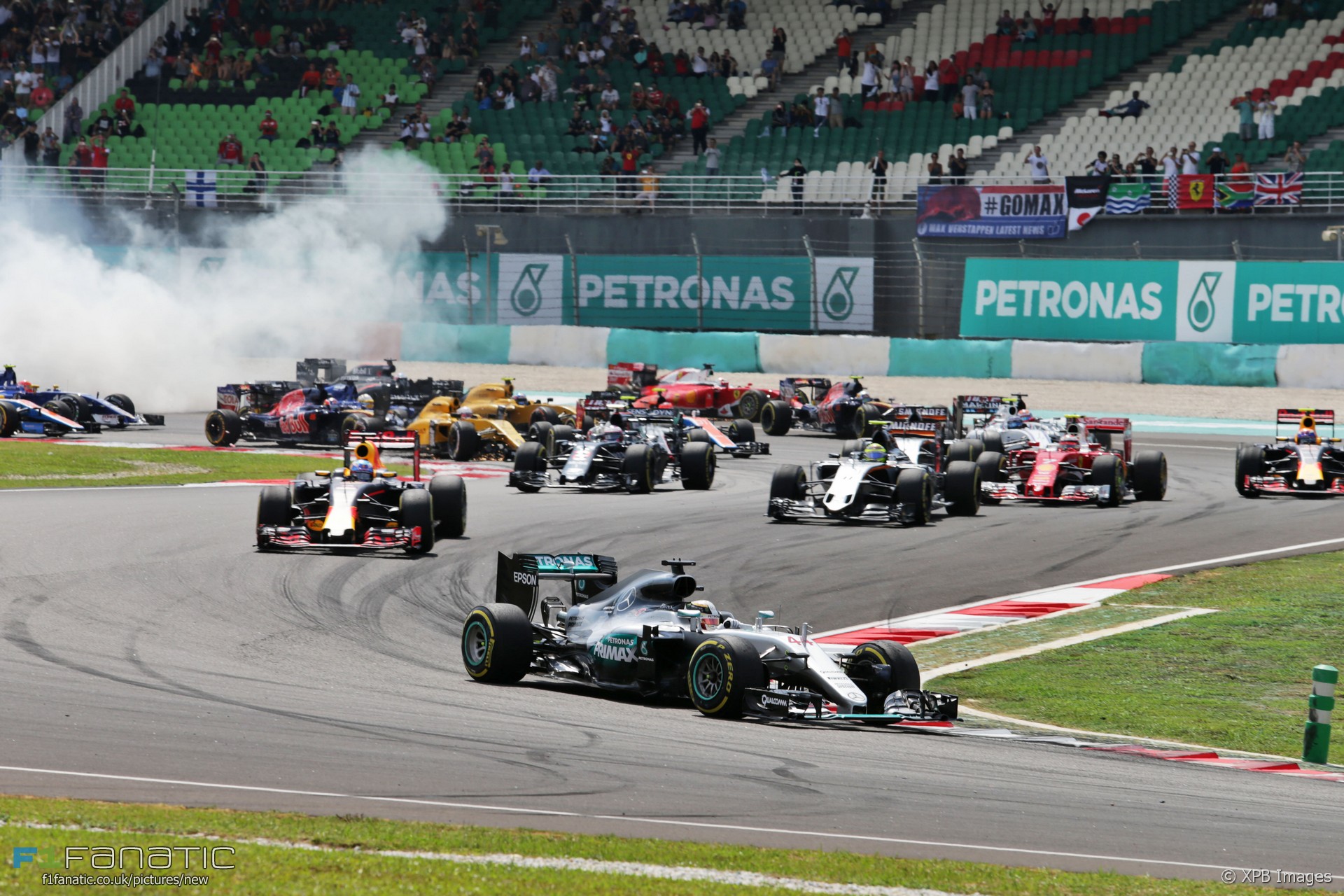 Daniel Ricciardo led a one-two for Red Bull in a dramatic Malaysian Grand Prix where both Mercedes drivers hit trouble.

Lewis Hamilton looked on course for a comfortable victory which would have restored him to the lead of the championship when his power unit failed without warning.

However team mate Nico Rosberg was unable to collect the victory having been delayed by a collision at the start of the race. He was tipped into a spin by Sebastian Vettel, who retired on the spot.

Rosberg fought his way back through the field to finish third, despite picking up a ten-second time penalty for colliding with Kimi Raikkonen as he passed the Ferrari driver at turn two. Raikkonen came in fourth.

Valtteri Bottas took a surprise fifth place for Williams. His team mate Felipe Massa started from the pit lane after a problem with his throttle on the grid.

Despite starting last, Fernando Alonso climbed to finished seventh behind Sergio Perez. Their team mates came next, Sergio Perez ahead of Jenson Button. The final point went to Jolyon Palmer, the first of his career.