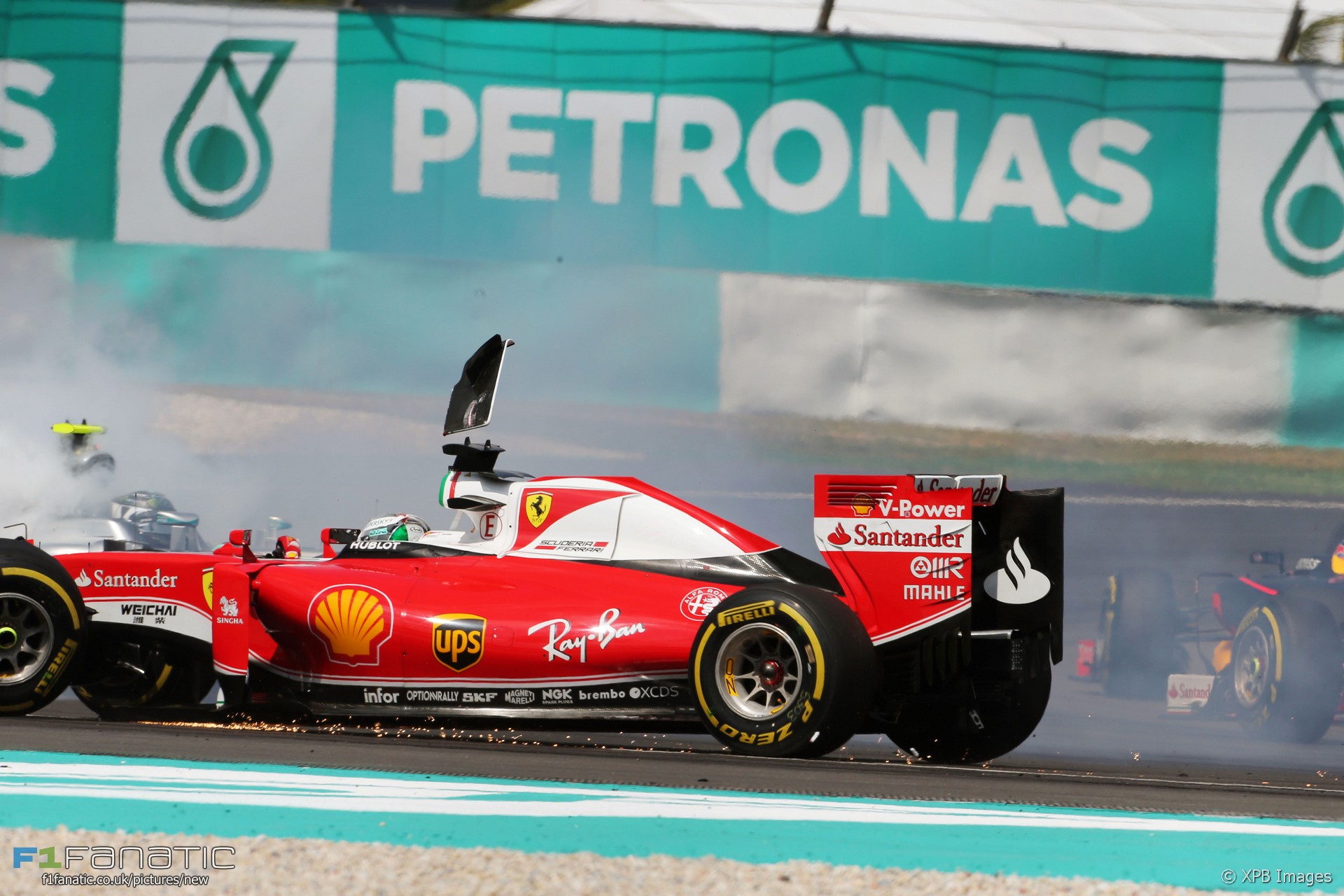 The Ferrari driver was trying to pass Max Verstappen at the start of the race when he tangled with Rosberg’s Mercedes.

Vettel said he braked at “the same point” as Verstappen. “I was going side-by-side, he was squeezing me down to the inside,” he told reporters at the track. “It’s racing.”

“I think both of us will make the corner, not a problem. Obviously Nico decided to take a different line, he’s ahead, he’s got nothing to do with it and doesn’t have to bother what people are doing behind.”

Rosberg was able to continue in the race after being spun around. Vettel retired with suspension damage. The stewards are investigating the collision.

Vettel said there were “two things that are wrong” in the situation. “First that Nico, without any blame, gets turned around. And second that I’m standing here and the race is still going on.”

Vettel said he did everything he could to get around the corner while fighting with Verstappen. “Racing him is moving around, everybody knows by now.”

“(If) you get squeezed to the inside your angle doesn’t get any better for turn one and then it was, I don’t know the word, it was quite bad, the angle.”

“I was trying to do everything to turn and get the corner, I do get the corner no problem, I’m not braking too late. Nico obviously tries to cut back, I guess to fight Lewis [Hamilton]. At that point we made contact.”