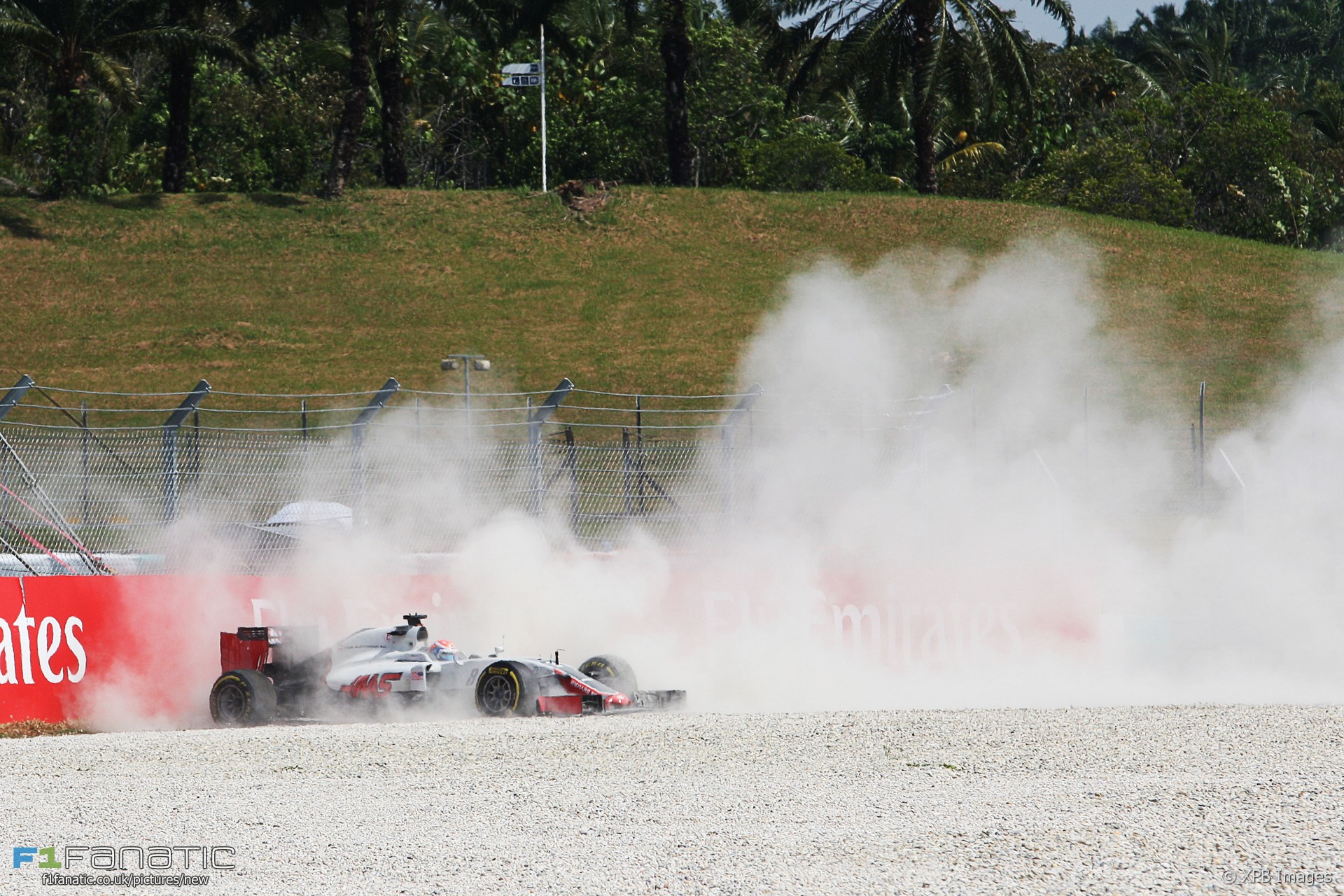 Romain Grosjean says the brake failure which put him out of the Malaysian Grand Prix happened without warning.

The Haas driver spun into a gravel trap at turn 15.

“There was a brake failure,” he explained. “We really don’t know what yet, but the pedal just went straight to the floor and I had to avoid the car in front of me.”

“Our data didn’t suggest anything beforehand,” he added.

Grosjean said he was running strongly before the failure. “We did a really good first lap and we were looking at points running inside the top ten.”

“Things just didn’t go very well. I was racing with Fernando Alonso. He had power, so it was very difficult to keep him behind. I was then just trying to follow his pace.”

“The plan was to try to keep the tyres alive for quite a while. We just didn’t get to that point, though.”

Both Haas drivers retired from the race: Esteban Gutierrez dropped out when a wheel came off his car.

10 comments on “Grosjean had no warning before brake failure”