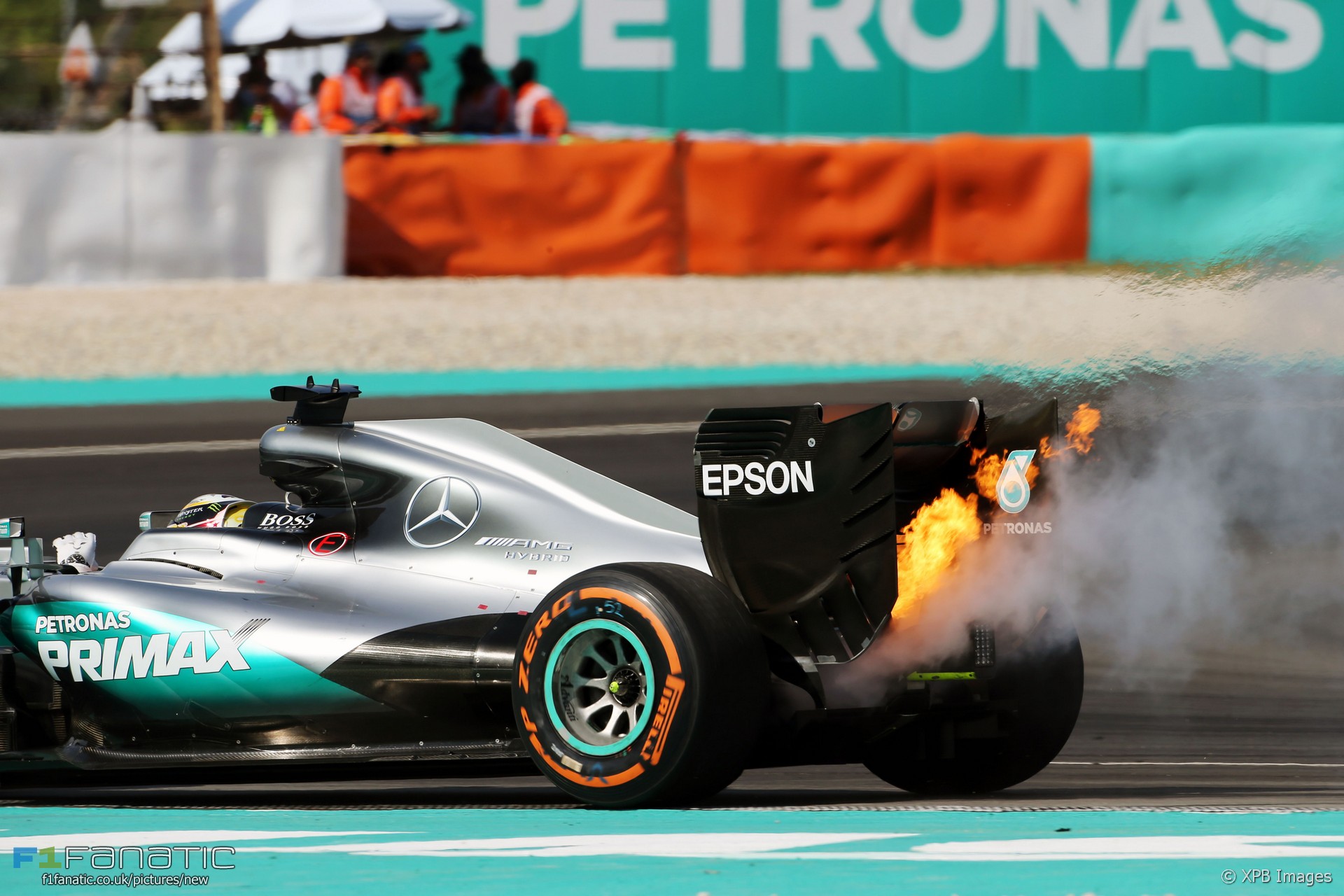 Mercedes executive director Toto Wolff says it is a “freaky coincidence” that Lewis Hamilton has suffered the majority of the team’s reliability problems so far this year.

“I just have no words for what happened to Lewis,” said Wolff. “We feel his pain.”

“This is a mechanical sport, with so much technology, but sometimes you get blindsided by situations with no rational explanation. It’s a freaky coincidence as to why he has suffered the majority of the engine problems this year – like the odds of throwing red six times in a row in the casino.”

“But we take a forensic approach to our work in how we build the engines and how we analyse the failures. We always have done and we will do so again. Our guys will get to the bottom of what happened and learn from it.”

After the race Hamilton suggested ‘something didn’t feel right’ because he had suffered so many problems this year. But Wolff praised his driver’s conduct.

“We let him down today and we are beating up ourselves about it. And you know, if you’re leading the race, about to get back in the championship lead and then your engine blows up… then every answer is allowed in front of a TV camera. It’s completely understandable.”

But instead of venting frustration, he came back to the garage and shook the hand of every team member. We talked in a small group and we were all really down. Then he stood in front of the team and found the words to lift everybody and help us recover quickly for Japan. This is what the great drivers do, the true Champions, and I must express my respect for how he conducted himself today.”

“You can look at the first corner two ways: he was unlucky to be hit by Sebastian but at the same time lucky the car did not sustain more damage. Then, he did a brilliant recovery drive back to third place with no mistakes.”

However Wolff was strongly critical of the stewards’ decision to penalise Rosberg for his collision with Kimi Raikkonen.

“I don’t want it to be our focus and it didn’t ultimately cost him any places,” said Wolff. “But it was a complete nonsense.”

“We all decided that we wanted to see racing and that, if no driver was clearly at fault, then we should let them race. Then you get this. But it’s for others to comment and not my main priority right now.”