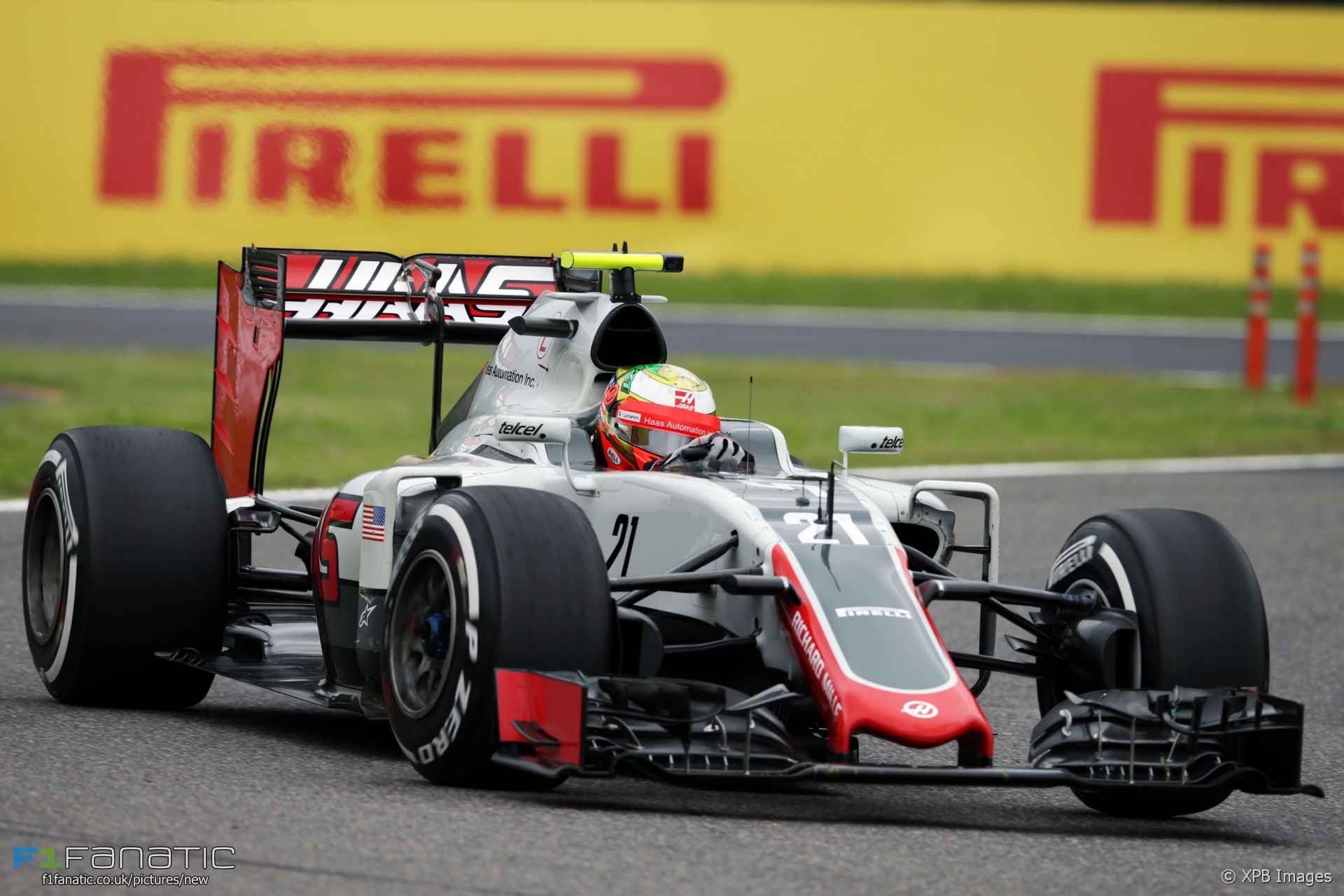 Haas team principal Guenther Steiner says the team achieved one of the targets for its debut season by getting both cars into Q3.

Romain Grosjean and Esteban Gutierrez will start the Japanese Grand Prix from eighth and tenth on the grid despite both drivers suffering setbacks on Friday. Grosjean had a low-speed crash at Degner while Gutierrez stopped at Dunlop with a broken turbocharger.

Steiner said Saturday was “a very good day for us”.

“We completed our program in FP3, the guys learned a lot and we were able to set the cars up for qualifying resulting in P8 and P10.”

“To get both Romain and Esteban into Q3 was one of the targets for this year and we’ve now achieved it. If you’re in your first year and you get two cars in there by merit, it’s fantastic. Hats off to the team and to the drivers.”

Haas had only previously got Gutierrez’s car into Q3 at Monza. The team hasn’t scored any points in the last seven races.

However Steiner believes that could change in Japan. “Tomorrow we’re going to try to do a good race and, for sure, it’s possible now to get into the points.”