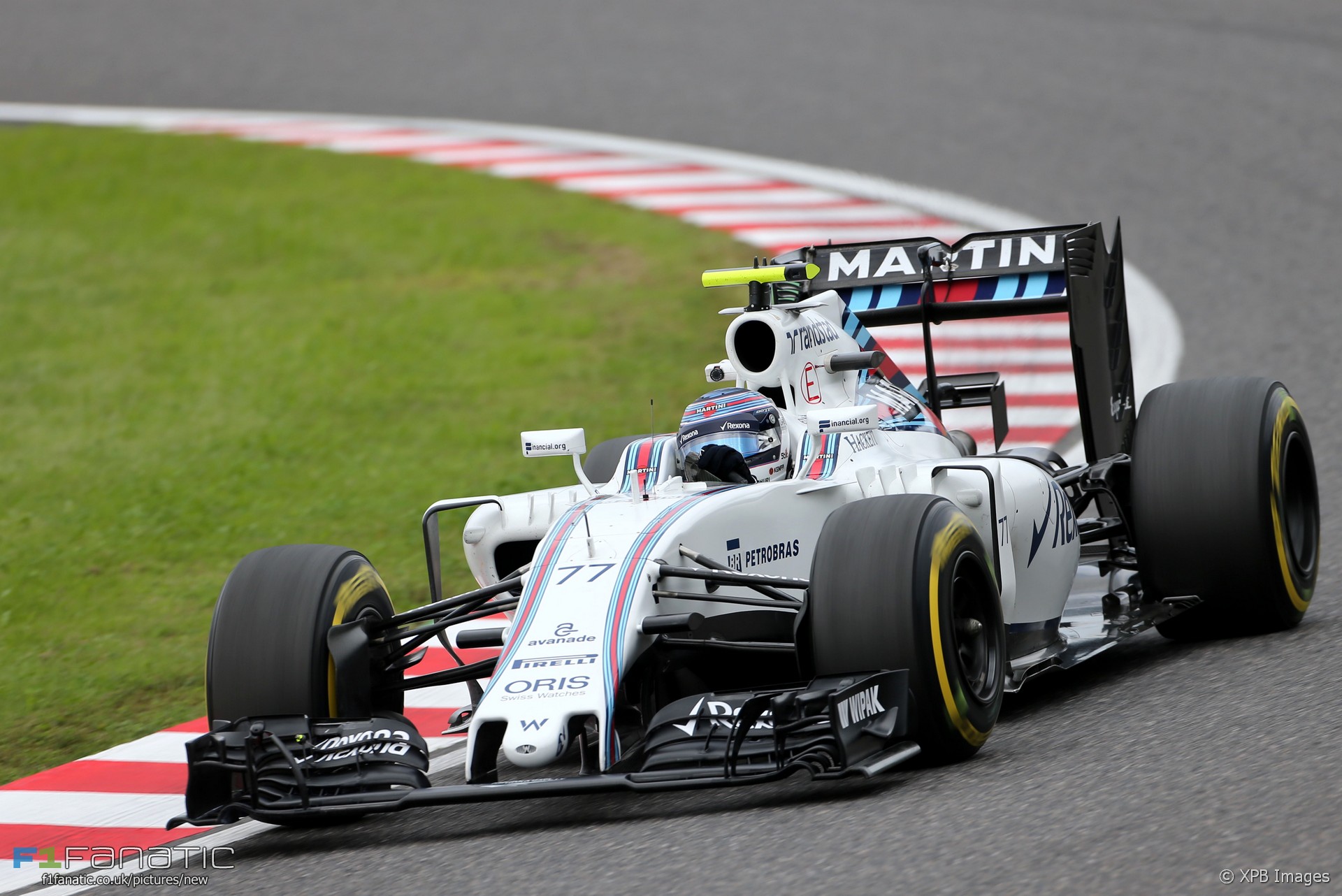 Williams were the fastest team in the pits once again though driver Valtteri Bottas could hardly have been happy about it this time.

His team mate Felipe Massa enjoyed the quickest complete pit stop of the race when he came in on lap 24. He spent two-tenths of a second less in the pit lane than any other driver on his only stop, and two-and-a-half seconds less than Bottas.

It wasn’t just the quicker stop which got Massa ahead of Bottas, however. He also enjoyed the benefit of the ‘undercut’ by pitting two laps earlier than his team mate. This was despite the fact Bottas was running ahead of him at the time.

“Being the lead car in the first stint I was hoping for the better strategy out of the two of us,” said Bottas after finishing tenth behind Massa.

However Williams’ single-stop strategy did allow them to move both cars into the top ten at the expense of the Haas drivers.