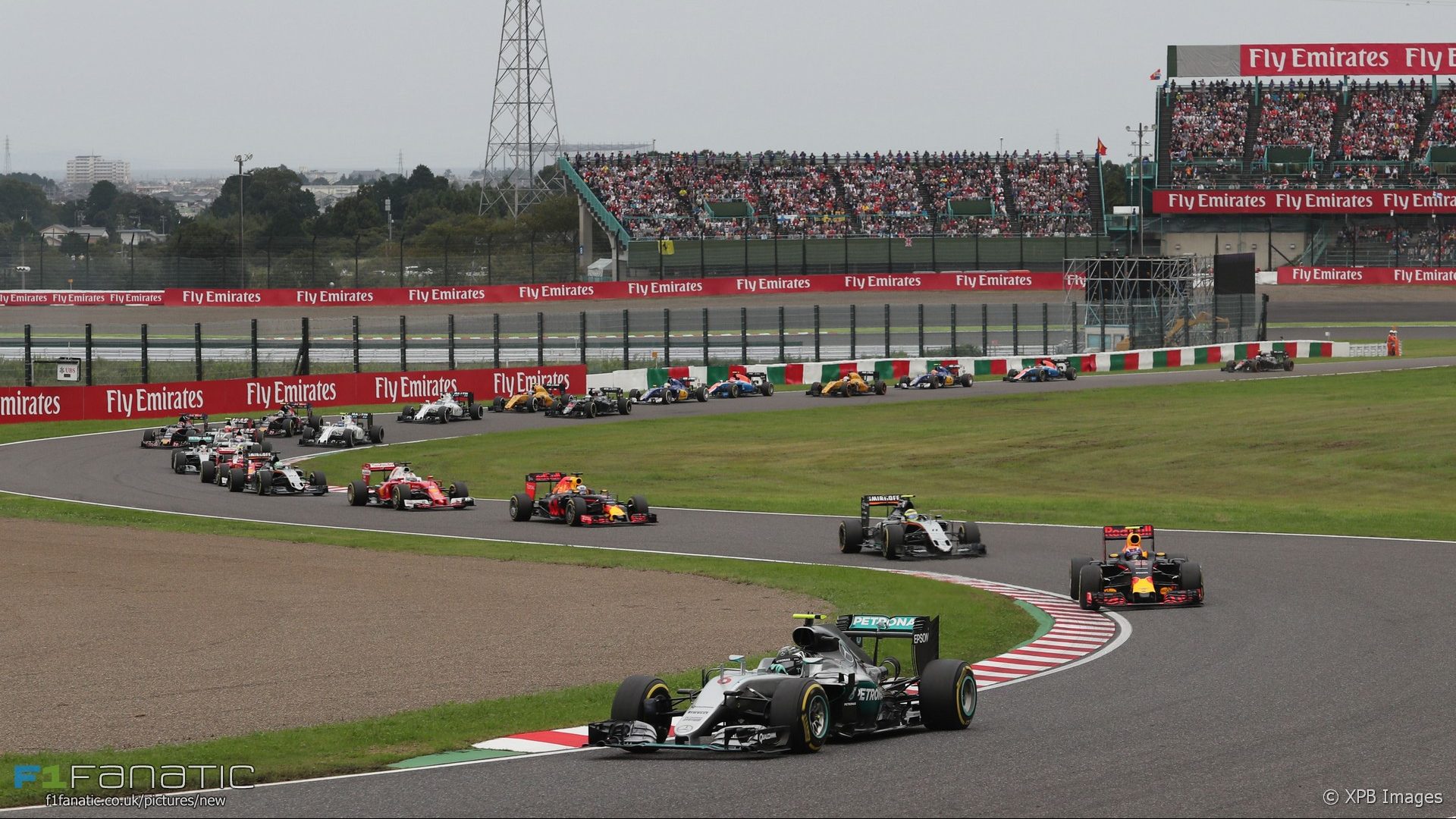 With the 23rd win of his career, Nico Rosberg now has as many race victories as three-times world champion Nelson Piquet: the man who won the titles either side of Rosberg’s father’s 1982 championship.

The younger Rosberg may not be a champion himself, but yesterday’s win means he is closer to achieving it now than ever before. The minimum he must score in the four remaining races to guarantee the title regardless of what Hamilton does is three second places and one third. He can’t win the title at the next race but could at the round after: the Mexican Grand Prix.

Across these five periods of dominance the only time the drivers’ title changed hands between team mates was in 1988-89 when Ayrton Senna lost the championship to Alain Prost. Then as now, reliability was highly significant in that intra-team title fight.

Hamilton’s poor reliability isn’t the only factor which has worked against him in the championship fight: His starts have too.

The statistics on this can be misleading. Rosberg’s net position change on lap one is much worse than Hamilton (25 places lost compared to nine) and Rosberg has ended lap one in a lower position than he started more times than his team mate (six to four).

But Hamilton’s starts have been more frequently damaging to his race-winning hopes. Every time he’s lost places at the start he’s given away at least five, ruining those chances of victory. Rosberg’s losses of position were almost entirely accounted for by two races, Canada and Malaysia. The worst of those, in Malaysia, was not due to a slow getaway by Rosberg and the damage it did was eradicated by Hamilton’s retirement:

Those four bad starts have cost Hamilton dearly. Had he held his position at each of them he would have gained an extra 27 points and deprived Rosberg of 21 more. That 48-point swing is significant: Hamilton now trails Rosberg by 33.

It was Rosberg’s third pole position at Suzuka but until yesterday he had never won a race at the Japanese circuit. Hamilton remains yet to score a pole position at this track: his two Japanese Grand Prix poles occurred when the race was held at Fuji in 2007 and 2008.

Hamilton has only started in front of his team mate at Suzuka twice in eight appearances. In 2010 he qualified ahead of Jenson Button but started behind due to a gearbox change penalty.

Hamilton’s third place finish was the 100th podium appearance of his career. He’s the third driver to reach this century after Prost and Michael Schumacher.

Valtteri Bottas made his 73rd start in a grand prix last weekend. As all of them have been with Williams, he exceeded Jim Clark’s tally for the longest career spent entirely with the same team. Clark started all 72 of his races with Lotus. This record was previously beaten by Hamilton when he was at McLaren, prior to his switch to Mercedes.

Haas got both their drivers into Q3 for the first time ever. Seventh on the grid for Romain Grosjean is their highest starting position to date, but he very nearly started two places higher.

Grosjean’s lap time was measured as the same as Sergio Perez’s to within one-thousandth of a second. Perez started ahead because he had set his lap time first, but Grosjean revealed he had lost a few previous thousandths when his DRS failed to open. Perez gained an extra place thanks to Sebastian Vettel’s grid penalty, so had it not been for his DRS problem Grosjean would have started fifth.

Adding to Grosjean’s frustration, he posted the seventh finish for Haas this year in eleventh position – the highest place which scores no points. But it could be worse: five of those finishes were scored by team mate Esteban Gutierrez and he, unlike Grosjean, is still yet to score a point this year.

Honda’s home race wasn’t quite as excruciating as it was 12 months ago, but it was little better. As last year Fernando Alonso was the only one of McLaren’s drivers to reach Q2, and he was just 0.178s closer to the fastest time in that session than he was in 2015.

Finally, for only the second time this year all 22 starters finished the race. The other time this happened was in China. However Sunday’s race was also remarkable in that no penalties were handed down to any of the drivers – at least once Mercedes abandoned their protest against Max Verstappen.

106 comments on “The four slow starts which cost Hamilton dearly”