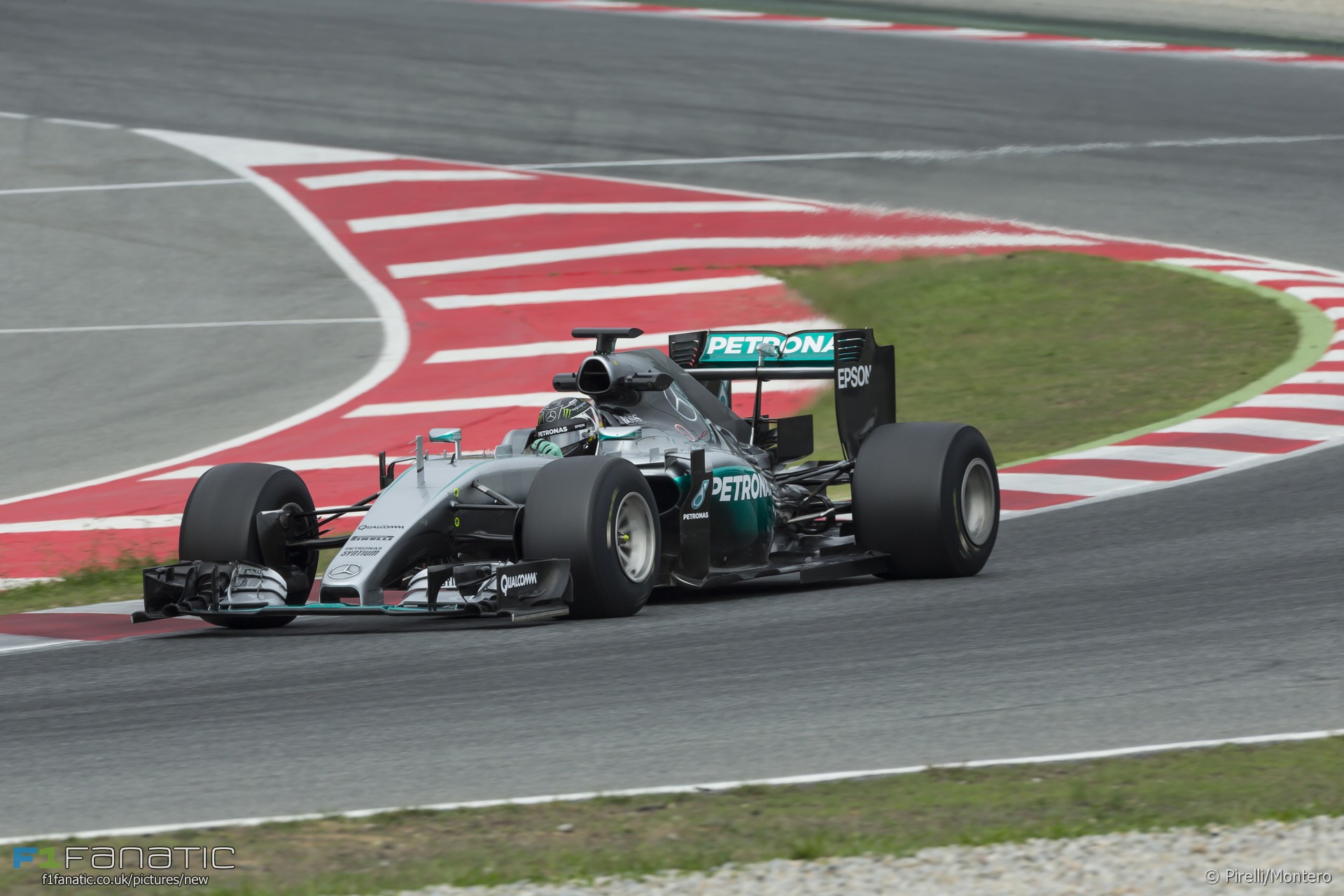 Nico Rosberg had his first taste of Pirelli’s prototype wider tyres for 2017 at the Circuit de Catalunya today.

However the test which was scheduled to evaluate Pirelli’s dry-weather slick tyre was hit by rain in the afternoon.

Rosberg covered 60 laps at the Spanish Grand Prix venue, 46 of which were on slick tyres. The championship leader drove a 2015 Mercedes W05 chassis modified to simulate the increased downforce levels expected on next year’s cars.

Pirelli’s test will continue tomorrow and on Friday Red Bull will begin a three-day test of the development slick tyre compound at the Yas Marina circuit in Abu Dhabi.

Formula One’s official tyre supplier is currently lobbying to hold a test of its 2017 tyres in hot conditions in Bahrain next season instead of Europe.